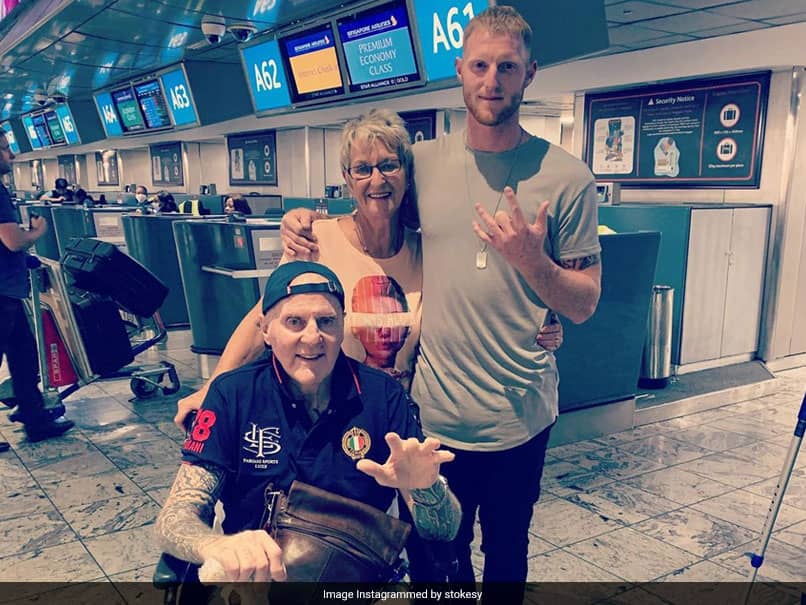 
Ben Stokes‘ father died on Tuesday after a long battle with brain cancer. The England all-rounder took to Instagram on Wednesday to script an emotional message for his late father along with a photograph of him with a broad smile on his face. “In different places now me and you Ged but knowing you’ll always have this smile on your face make’s me smile every time I think of you,” Stokes captioned the image with multiple heart emojis.

“RIP Ged Stokes. One of the greatest characters in our special cricket family. We’re with you Ben. Strength to you and your family,” Rajasthan Royals tweeted.

Stokes, the number one Test all-rounder, missed major part of England’s summer Test series against Pakistan after returning to Christchurch to be with his father.

Ben Stokes is currently in South Africa with the England squad. England white-washed South Africa in the three-match T20I series.

However, on Monday, Cricket South Africa (CSA) and the England and Wales Cricket Board (ECB) agreed to postpone the remaining matches in the One-Day International (ODI) series with an eye on the coronavirus cases that were reported over the last few days.

ECB on Tuesday announced that the team will depart from Cape Town on Thursday.

In the T20I series in South Africa, Stokes scored 53 runs and picked up two wickets.