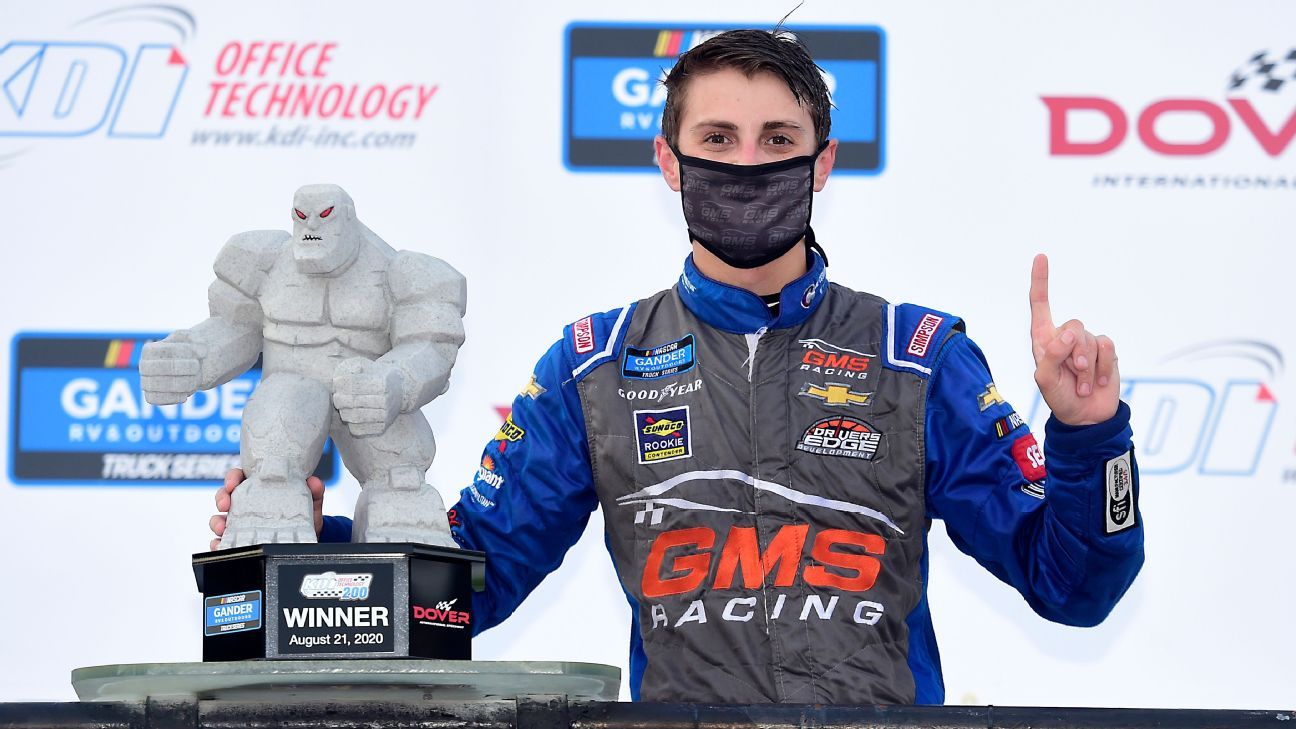 Smith pulled away in the No. 21 Chevrolet on a late restart to win for the second time in three races. The 21-year-old Smith won at Michigan to earn one of the 10 spots in the playoff field.

“This is by far the most fun I’ve ever had racing in my career,” Smith said.

Smith held off Matt Crafton and Brett Moffitt to take the checkered flag in front of empty stands. The Monster Mile is set to host Xfinity Series and Cup Series races on both Saturday and Sunday.

Todd Gilliland and Ben Rhodes rounded out the top five. Gilliland had his fourth top-5 finish of the season and held the 10th and final playoff spot based on points.

“We need to have these good days,” Gilliland said.

Smith fist-bumped the official and waved the checkered flag before he stuck it in the back of the truck to celebrate his second win in just 14 career Truck starts.

“Man, I want that trophy so bad,” Smith said of the big Miles the Monster trophy. “I know there’s Busch Light in Victory Lane. I’m 21 now. I wish it was a margarita.”

Smith also earned a $50,000 bonus for the win as part of the Triple Truck Challenge.

Smith turned 21 in June. Smith, who drives for GMS Racing, was much more composed than he was in Michigan when he became emotional talking about his victory.

Moffitt went for the win down the stretch and chose the inside lane for the final restart. It didn’t work, but he settled for his third top-5 finish of the season.

“At that point, you’ve got to risk a win,” said Moffitt, who led 50 laps. “Ultimately, I didn’t get a good launch about the bottom and the 21 did.”

Smith, Sheldon Creed, Grant Enfinger, Austin Hill and Crafton are locked into the playoffs. The rest of the regular-season races are Gateway (Aug. 30), Darlington (Sept. 6) and Richmond (Sept. 10).