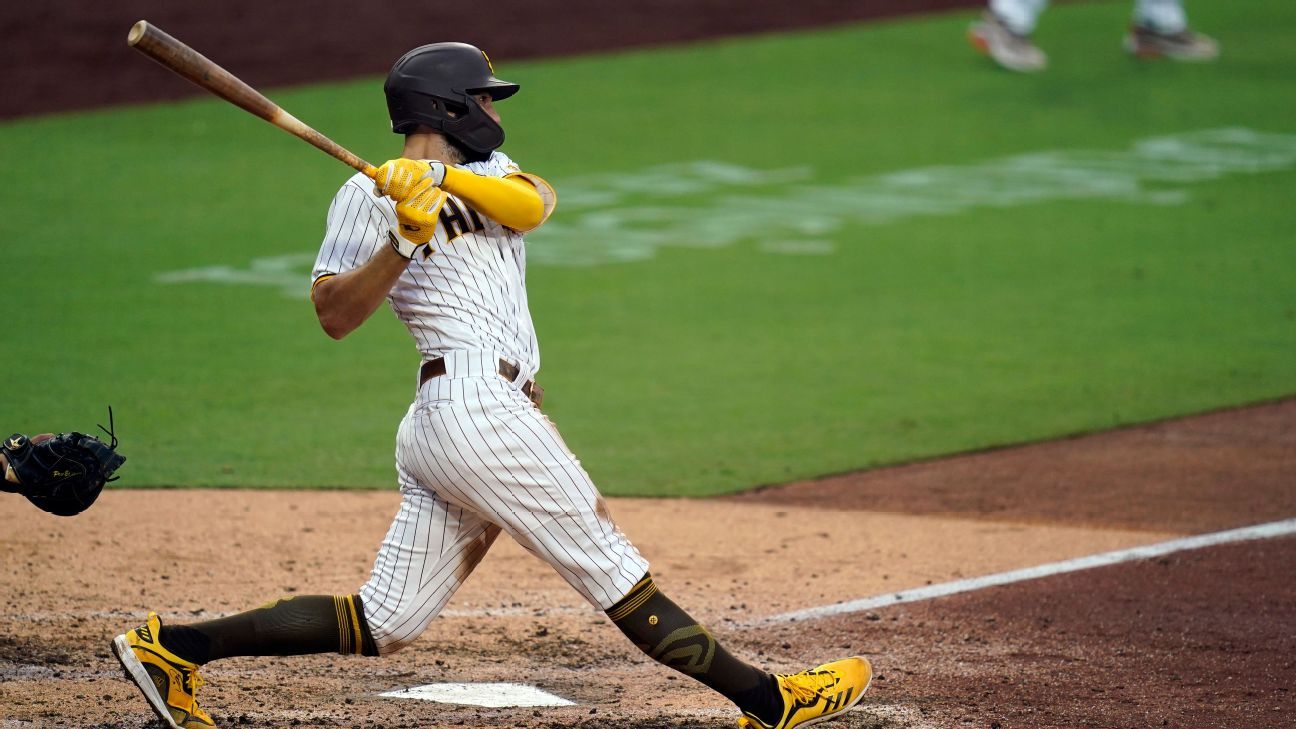 SAN DIEGO — Eric Hosmer hit a historic shot Thursday night that made the San Diego Padres the first team in the majors to launch grand slams in four straight games.

The Padres beat the Texas Rangers 8-7 in the 10th inning to sweep a four-game, home-and-home series with a grand slam in each game.

Hosmer’s go-ahead shot against Kyle Gibson with one out in the fifth inning bounced off the top of the right-field wall and into the seats for a 5-2 lead. Austin Hedges, Fernando Tatis Jr. and Manny Machado were aboard for Hosmer’s third career slam and fifth homer this season.

The Padres’ grand slam barrage started with Tatis’ drive Monday at Texas, when the 21-year-old star shortstop hit an opposite-field shot on a 3-0 pitch with the Padres leading by seven runs in a game they won 14-4. That angered the Rangers, and even Padres manager Jayce Tingler initially wasn’t too happy because Tatis missed a take sign before homering. The next day, Tingler said he was happy with the result.

Myers hit a slam in a 6-4 win Tuesday at Texas, and Machado connected Wednesday in a 6-3 win.

The Padres’ slams in three straight games were the most in the big leagues since 2006 and the most in the NL since the Cleveland Spiders hit a grand slam in three in a row against the Boston Beaneaters in 1895.