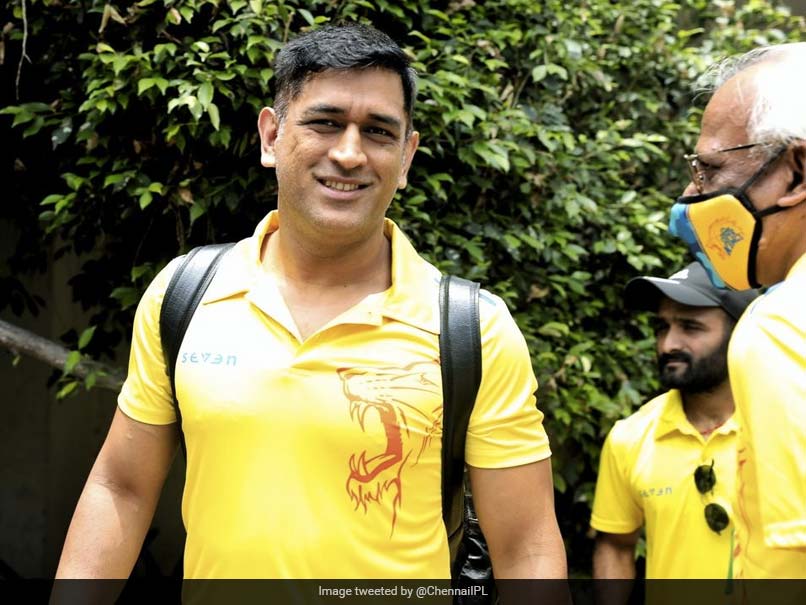 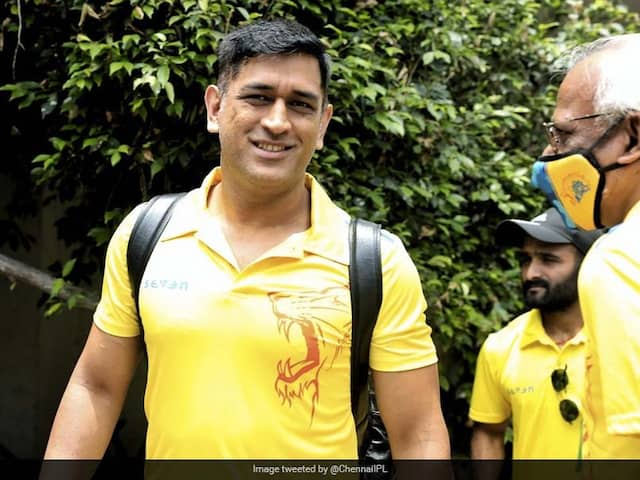 MS Dhoni was all smiles as the CSK team prepared to leave for the UAE.© Twitter


MS Dhoni and a few other Chennai Super Kings (CSK) players — likes of Suresh Raina and Ravindra Jadeja — seemed to be in high spirits as they prepared to leave for the United Arab Emirates (UAE) ahead of the IPL 2020. The CSK Twitter handle posted a series of pictures of what seemed like the players gathering outside the hotel. MS Dhoni, Raina and Jadeja were all seen sporting a big smile. The IPL 2020 will be held in the UAE with the tournament set to begin on September 19.

Chennai Super Kings will be looking to shrug off their defeat to Mumbai Indians in last year’s final. In fact, Dhoni and Co. will look to avenge that loss in the very first match of IPL 2020 when they take on Mumbai Indians.

CSK will be looking to equal Mumbai Indians’ record of four title wins.

The IPL 2020 will begin on September 19 in the UAE. The matches will be played across three venues in Sharjah, Abu Dhabi and Dubai with the final of the tournament scheduled to be held on November 10.

Dhoni and Raina will also be itching to do make their mark this season with both CSK stars announcing their retirement from international cricket on August 15.

Fans too will be eager to see Dhoni back in action. The former India captain has not played since the country’s exit from the 2019 ODI World Cup, following the semi-final loss to New Zealand.

A PTI report on Friday had said that veteran off-spinner Harbhajan Singh will not be boarding the flight to the UAE with the rest of the team on Friday, due to personal reasons. Instead, he will join the squad in the UAE in two weeks.