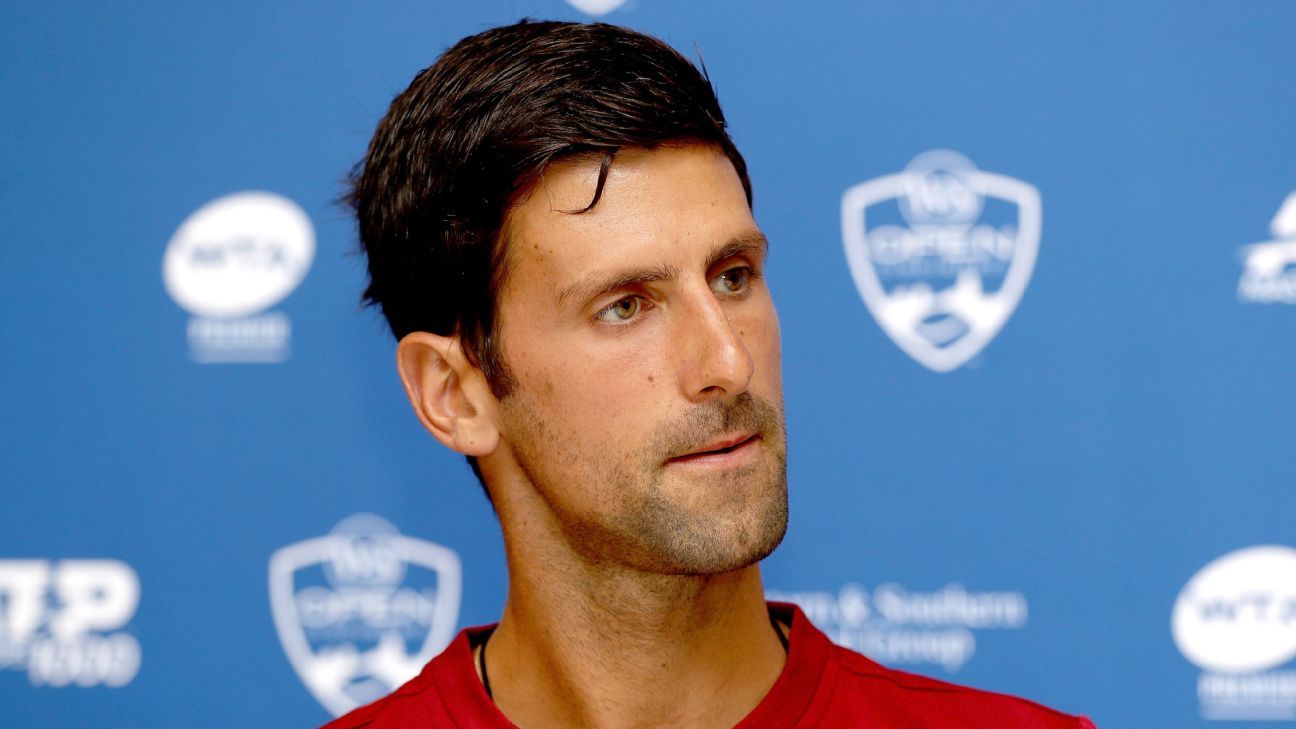 NEW YORK — A number of players including top-ranked Novak Djokovic and multiple Grand Slam champion Andy Murray are criticizing the USTA for having removed Guido Pella and Hugo Dellien from the Western & Southern Open a few days ago after their fitness trainer, Juan Manuel Galvan, had tested positive for the coronavirus.

Neither player has tested positive since Glavan’s condition was discovered. Now it’s unlikely that either of them will be able to play in the US Open, as well. The Grand Slam event begins in a bio-secure bubble at the National Tennis Center on Aug. 31, immediately following the Western and Southern tournament, which was moved from Cincinnati to New York and is now underway.

“On a Zoom call a few weeks ago we got information from the chief medical doctor of the USTA that if a player is not sharing a room with his coach, or his physio, or anyone from his team that is infected, and his [own] results are negative, he can still compete in the tournament,” Djokovic said in a video news conference on Friday with reporters covering the USTA double-header.

Djokovic, the top-ranked player, said the call, attended by dozens of ATP players, was meant to inform them of the health and safety protocols and procedures that would apply over the two-event period.

“We asked that question [about team members testing positive] a couple of times in the call, and that’s what was communicated to us,” Djokovic said. “That’s why a lot of the players were — are — upset, including myself, when I see that Pell and Dellien are treated in this way.”

Djokovic said the advice given was “obviously contrary” to what was spelled out in the waiver players bound for New York were obliged to sign. That waiver, Djokovic said, specified that New York state health officials would initiate contact tracing in the event of a positive test. If it was determined that the players were too close to the infected person, the officials could take the decision to disqualify the players.

USTA head of communications Chris Widmaier defended the process that led to the expulsion of Pella and Dellien, telling ESPN in an email:

Murray, in his own news conference, sided with Djokovic and the other players critical of the decision. “Some of the players were saying, ‘Well, I wouldn’t have come with a trainer or a physio if I knew that was the case.’ I’m not saying that it’s not the right decision, but the players were not clear as to what the rules actually were.”

Djokovic added, “Things are changing very quickly, sometimes it’s out of the hands of the USTA, or the ATP and the other governing bodies and more up to the health department of New York state. We have to accept it, and it’s tough, especially with these two guys out of Cincinnati and most likely the US Open while having negative results — several negative results.”