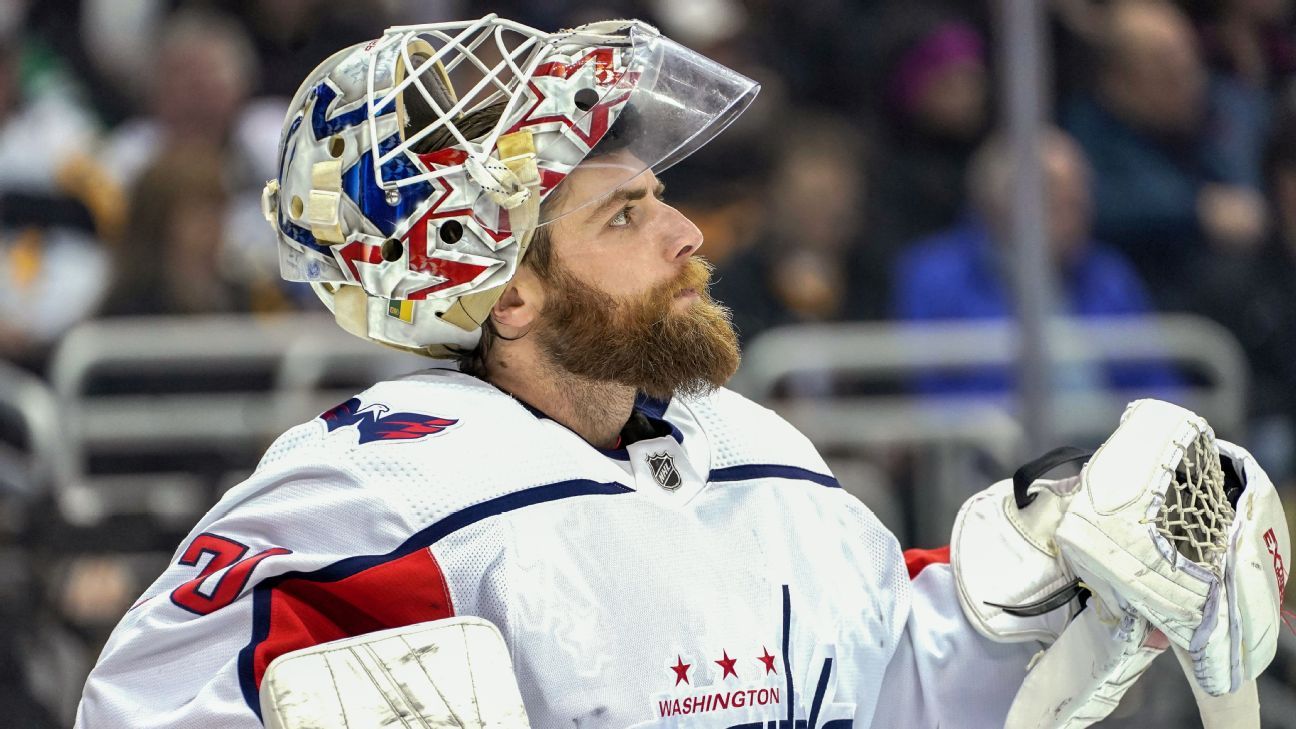 Braden Holtby might have played his last game with the Washington Capitals.

“Certainly there’s a chance it is,” said the goaltender, whose team meekly exited the Stanley Cup playoffs with a 4-0 loss to the Islanders on Thursday night, as New York eliminated the Caps in five games. “But who knows? You live one day at a time.”

Holtby, who backstopped Washington to the first Stanley Cup championship in franchise history in 2018, is an unrestricted free agent. He shared the crease this season with 22-year-old Ilya Samsonov, who is considered the Capitals’ goalie of the future.

“I’m disappointed. We had more to give and we didn’t find a way to do that,” the 30-year-old Holtby said. “This one is going to sting a little bit.”

Washington’s defeat at the hands of the Islanders stings on a few levels. The Capitals were the favorites entering the series, having finished 10 points better than New York in the regular season. They were the NHL’s second-best offensive team in the regular season with a 3.42 goals-per-game average, but they managed just 1.63 goals per game in eight postseason games, including eight goals in five games against the Islanders’ stifling defensive system.

The coach behind that system is Barry Trotz, who led the Capitals to the Stanley Cup in 2018 but split with the team in a contract dispute after the season before signing on with the Islanders.

Holtby had a conversation with his former coach in the post-series handshake line with the Islanders.

“We had a lot of success when he was here. A guy that I have a ton of respect for. He’s an honest guy. I just wish him the best, because he’s one of the good guys in hockey,” Holtby said.

Todd Reirden replaced Trotz as coach and has been behind the bench for two consecutive first-round series losses. He said the five-game loss to the Islanders the was “not acceptable for our organization,” and that while the team has continued its run of regular-season success, “in these playoff situations, we’ve been unable to play our best hockey.”

Reirden noted that last season’s elimination at the hands of the Carolina Hurricanes differed from this loss to the Islanders because the postseason was held in a neutral-site “hub” city in Toronto, after a monthslong break amid the coronavirus pandemic.

“For whatever reason, during our time in Toronto, our team wasn’t able to mentally and physically get to our game for long enough. We had one game where we did it,” Reirden said. “That will be something that we’ll be reassessing.”

Reirden himself could be reassessed as well.

“That’s part of the job. It’s not something I go into every day thinking about. I go into it with a plan on how to make our team better and to improve our players and do it with passion, pride and work ethic,” he said. “I’m confident that I’m a young coach that continues to improve and continues to get better, and have been able to find success in the regular season, and haven’t been able to find it in two completely different circumstances in the playoffs. I don’t have all the answers right now. We’ll get some time away and look at and dissect why it happened.”

The Capitals faced some injury adversity in the series, losing star center Nicklas Backstrom to a concussion for three games. Norris Trophy-nominated defenseman John Carlson was injured in the team’s exhibition game against Carolina and missed the round-robin games, though he played against the Islanders. Samsonov was injured during the season pause and did not accompany the team to the bubble.

“Obviously I’m never going to make an excuse,” Reirden said. “It’s disappointing. … We go through a lot of the season injury-free and then come up with some here once we arrived in Toronto and some before we even got back from the start of the pause, two important pieces. But that’s our responsibility for people to take advantage of those situations, take advantage of that opportunity, and we didn’t do it.”

Holtby is one of the team’s few free agents this offseason. The Capitals have 16 players under contract for next season, many on long-term contracts. Their core is getting older, but Backstrom said he believes they “absolutely” have more Stanley Cup runs left in them.

“Every year our goal is to make the playoffs, and anything can happen there. Just look back at 2018. No one thought we could win that year,” he said. “We have it as a goal in our group to get better and win more championships.”