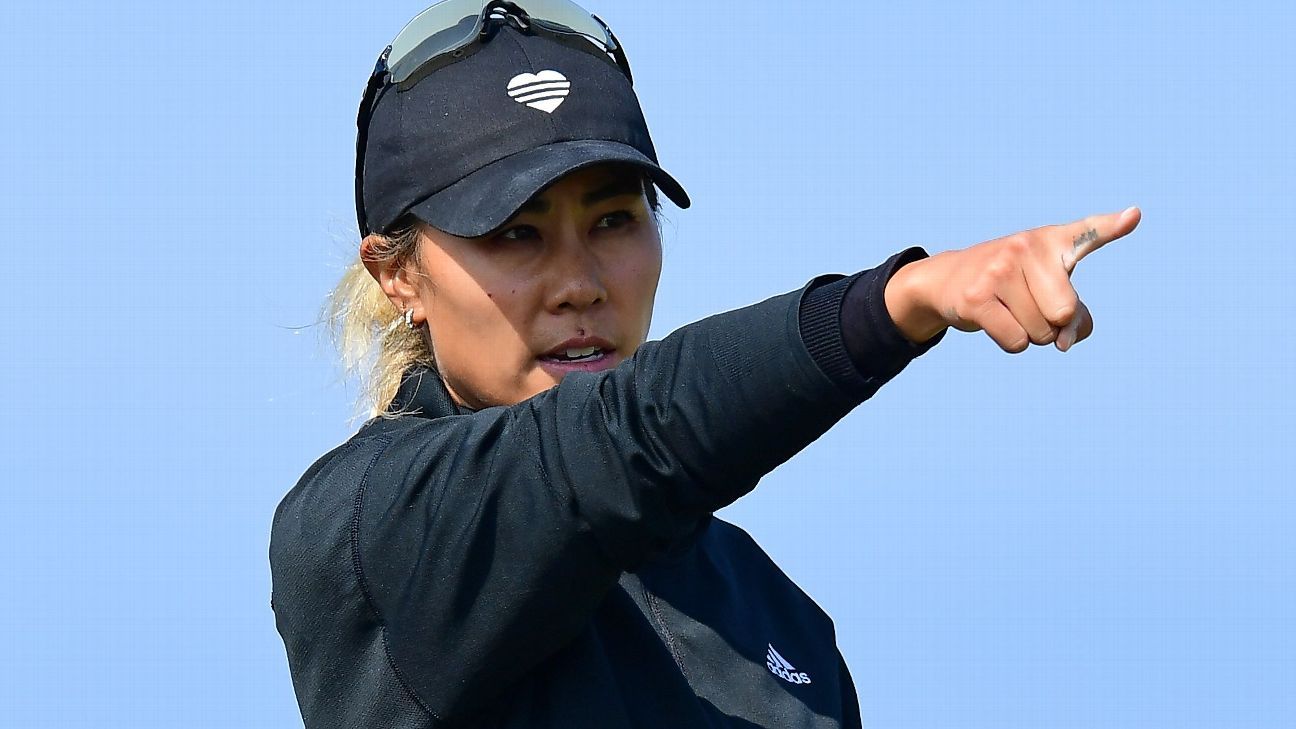 There have been only seven official tournaments since the start of the 2020 LPGA season in January, but after a 166-day hiatus because of the COVID-19 pandemic, the tour wasted no time getting back into the swing of things.

With back-to-back tournaments in Ohio, LPGA players eased into competition before heading overseas for a European stretch of tournaments, including the Women’s British Open, held Thursday through Sunday at the Royal Troon in Scotland. The 144-player tournament has a $4.5 million purse and will not host fans, in accordance with COVID-19 safety protocols.

Here’s what to watch this week as the LPGA tees it up for the first major of the season.

All eyes on Danielle Kang

There was uncertainty about who the front-runners would be this season. Without the top Korean players in the two-week tournament stretch in Ohio, Americans dominated the leaderboard, and one American stood out among the rest: Kang.

From the start of the Drive On Championship on July 31, it was evident that Kang hadn’t missed a beat during her six-month hiatus because of the global pandemic. Kang maintained her cool on the course with each new day. She seemed entirely in control. It was no surprise that she won Drive On.

The following week, at the Marathon Classic in early August, Kang’s game remained consistent, but her dominance dwindled heading into the weekend. However, she remained unfazed throughout the week. After her first round, she joyfully said, “Golf is fun.”

Lydia Ko had a stronghold over the leaderboard in the final round at the Marathon Classic, but Kang persisted until the final hole. Five shots behind with six holes to play, she began to rally with consecutive birdies on the 13th and 14th holes at Highland Meadows. In a shocking twist, Ko double-bogeyed the final hole after a bogey on the 14th. Kang won her second tournament in two weeks.

Soon after Kang secured the trophy in Ohio, she was on a plane to Europe for the Ladies Scottish Open at the Renaissance Club on Scotland’s east coast, where she tied for fifth. For the first time in her career, she is a top contender at the Women’s British Open, where her best finish is a tie for 41st.

“Last week was tough for me, actually,” Kang, a nine-year LPGA pro, said during a recent media conference. “I hit the ball so well, and I think that set me up for this week. I got a good feel for links golf.

“It was tough last week for me to accept — I mean, links golf, people know that it’s just going to be a little bit slower greens, subtle breaks, and accepting missed putts were a bit harder for me than normal. I’m used to just kind of putting the way I do, and if you miss 2-, 3-footers here and there, you freeze over them, and that’s what was tough for me last week.”

As Kang prepares for the first tee at Royal Troon, she is confident that she can play off the momentum of winning back-to-back tournaments and placing in the top five at the Scottish Open to bring home a second major.

“Coming back out [after the hiatus], and actually performing the way I did and being able to trust my game and get back into the rhythm has helped my confidence,” Kang said. “Pretty happy about the results.”

It has been two years since Georgia Hall won the 2018 Women’s British Open in her rookie season, and that’s the only win the 24-year-old has recorded on the LPGA Tour. The win was more than a trophy and purse for Hall. She secured triumph on her home turf and for her country.

When Hall hoisted the trophy two years ago at Royal Lytham & St Annes in Lancashire, England, she became the first player since 2004 to win her home country’s major. Now she’s again on familiar grounds at a links golf course in Scotland, not far from her hometown of Bournemouth, England.

Two years ago, Hall had an impressive fan section following her throughout the tournament. That won’t happen this year.

“This is the event where most people watch me, personally, because I’m kind of one of the home players, and I have friends and family come here to watch,” Hall said. “This tournament does feel a bit strange for me, just because I would get the most people watching out of all other events.”

Another difference for Hall this year will be not having her dad carrying her bag, in accordance with protocol for COVID-19 safety. In years past, Hall has had her dad on the bag for European tournaments. She said she is adapting and will still feel a sense of home, thanks to Harry Tyrrell, her boyfriend and usual caddie.

“I would love for [my dad] to be caddying this week, but it’s very hard due to the COVID protocols and all the rules in place. It would have been a lot more hassle,” she said.

When it comes to golf majors, there tends to be one hole that defines the players’ rounds more than others. This week at Royal Troon, everyone is talking about (and anticipating) the par-3 eighth hole.

Famously dubbed the “Postage Stamp” because the green is so small, the only way to describe it is to compare it to an actual postage stamp. With only 114 yards to the hole on the card this week, many players will approach the green with a wedge in hand and caution on their minds.

With the tee on high ground and dropping into a long and narrow green set into the side of a large sandhill with five bunkers in every direction, this hole could be the difference between winning and missing the cut this week. The hole is small, but it is mighty — and players know that there’s no safe shot.

“You just can’t miss the green,” Kang said of the famous hole that she played for the first time in a practice round this week. “I looked down on the right side, the left, and it’s a small — it’s a small green and beautiful hole, and it’s short. The yardage is very short, but [you] can’t underestimate that wedge shot, and you can’t — I feel like you can’t get too greedy, and you just have to hit the green.”

Last year’s Women’s British Open winner, Hinako Shibuno, said she didn’t realize how narrow the par-3 hole was until she saw it in person this week. Even after watching the men play this hole in previous Opens, she said she is nervous about the accuracy required to defend her title.

“I practice the bunker on the right,” Shibuno said earlier in the week. “It’s a short hole, but it looks so much more narrow than I had seen on TV.”

Stacy Lewis, last week’s Scottish Open winner and the 2013 Women’s British Open champ, said she loves a links-style course as an American player. Coming off last week’s win, Lewis feels prepared to take on the challenges that a links course presents. But the “Postage Stamp” does give her some concern.

“It’s one you think you have a wedge in your hand,” Lewis said. “I can be aggressive, and as soon as you do, you’re making double or triple (bogey) pretty quickly. It definitely gets your attention for only being 100 yards.”