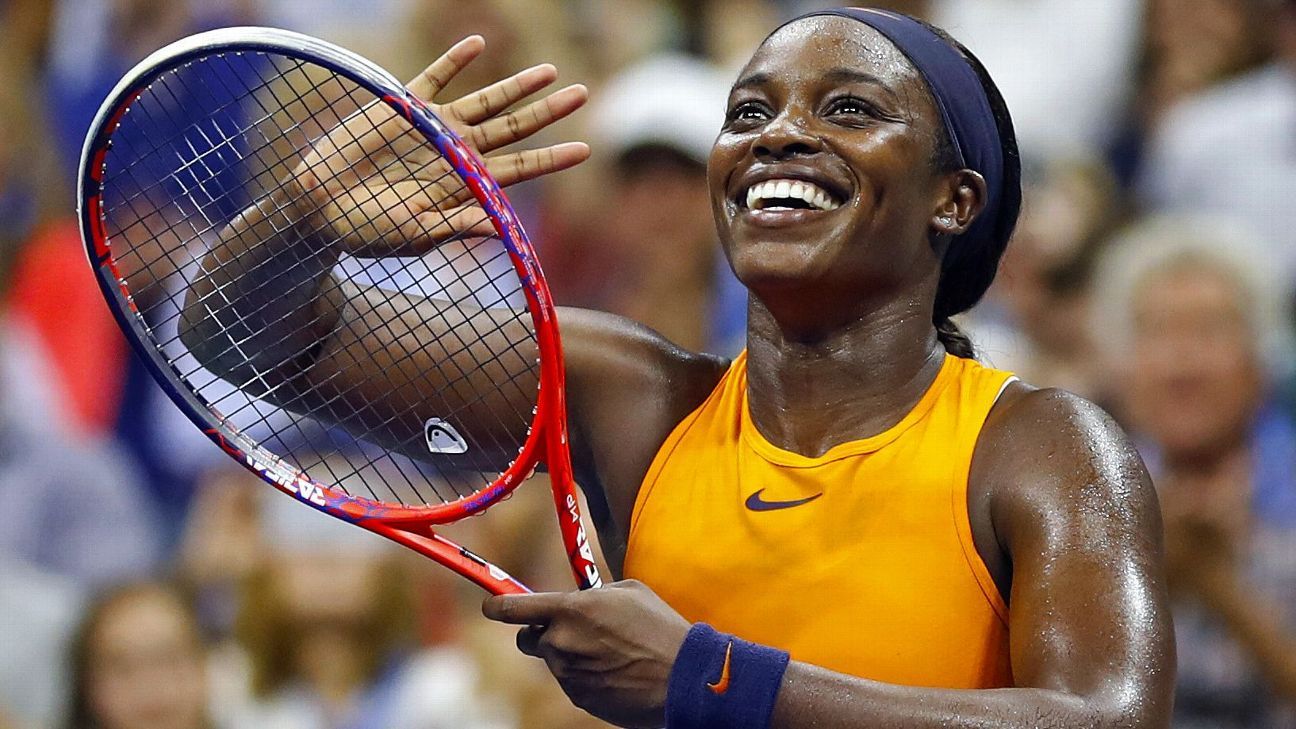 After months of speculating whether the US Open would actually take place during its scheduled time due to the coronavirus pandemic, players have finally arrived on site in New York, and have already made themselves at home on the fan-less grounds.

Sure, things look slightly different this year and a number of big names won’t be participating, but those who are in Queens are already making the most of the slightly surreal experience.

With the Western & Southern Open, typically held in Cincinnati, having been moved to the site for a two-tournament bubble, play for that event gets underway Thursday, so the Billie Jean King National Tennis Center looks to be filled with activity and, you know, actual competitive tennis for the next several weeks.

And having gone months without professional tennis, we absolutely love to see it.

Here are some of our favorite scenes from Queens thus far:

Stephens, the 2017 US Open champion, showed exactly what it’s like for players once they have arrived on site. They are required to undergo a test for COVID-19 almost immediately, and then quarantine in their hotel room or private housing while awaiting the result. Stephens made her relief more than clear when she found out she was negative. We stan a protocol-following queen.

the best text to receive these days 😊 pic.twitter.com/wt4OTEGNGn

OK, technically Olympia isn’t a professional tennis player, but she is an Australian Open champion AND an owner of an NWSL team, so that definitely warrants her inclusion here. Plus, the only thing we stan more than a protocol-following queen is a protocol-following toddler and daughter of one of the greatest athletes of all time. Yes, Serena Williams‘ daughter and husband, Alexis Ohanian, are already on site, and both underwent the necessary testing — and showed off their masks in the process.

Osaka’s first post from New York is a slow-motion video of her serving in Arthur Ashe Stadium, Sure, the ball isn’t actually in, but it looks cool and shows the 2018 US Open champion means serious business.

After the collapse of his Adria Tour following a COVID-19 outbreak that included himself, world No. 1 and three-time US Open champion Novak Djokovic wasted no time in returning to Arthur Ashe Stadium. Joined by his pal and fellow countryman Filip Krajinović, the duo looked happy to be back on center court and not causing controversy.

Djokovic is a 17-time major champion, but it turns out he also has some trick-shot skills. When he spotted world No. 7 Zverev hanging out in one of the private suites in the crowd during his time on Ashe, he hit two balls perfectly to him, hundreds of feet away. Come for the great hits and catches, stay for the eerie echoes of Zverev’s voice around the empty stadium.

After eight years away from her favorite tournament, you can’t blame Kim Clijsters — a three-time champion herself at the event — for immediately heading to Arthur Ashe Stadium. Having recently unretired for the second time, Clijsters didn’t exactly jump onto the court like Djokovic, however. She instead hilariously spotted her friend (and recent first-time winner on the WTA tour) Jennifer Brady across the stadium, and needed to show off just how good her eyesight was — and why she remains one of the most well-liked players on tour by her peers. Brady responded perfectly.

Hahahahha @Clijsterskim I thought I saw you in that one suite across from me 😂 https://t.co/KeAnGq5dLR

With no fans in attendance, players have been given the individual private suites to use, which seems pretty much like the greatest thing ever, complete with snacks, and so many more snacks. Auger-Aliassime gave a tour of his to his social media followers, before hilariously locating Zverev from his suite across the way. “What does he think he’s doing? Put a damn shirt on, man,” the 20-year old Canadian said jokingly.

A first look at the private player suites 👀

(With a special appearance from @AlexZverev 😂)

After a breakout tournament in 2019, when she nearly pulled off the upset over Serena Williams and charmed the world as one half of #McCoco with her pal Coco Gauff, Caty McNally will not let the temporary quarantine stop her vibe. While presumably waiting for her test results, the 18-year-old did the best she could to get into Slam shape from the confines of her hotel room.

While typically the grounds are mobbed with fans, even during qualifying, this year gives players unprecedented access, and perhaps no one took more advantage of that than Konta. The 2019 US Open quarterfinalist (who had Loki cheering her on for much of the tournament) made an area near one of the entrances into her personal conditioning space. Gotta love resourcefulness.

Medvedev, the reigning Western & Southern Open champion and US Open runner-up, become one of the most lovable heels (yes, that’s possible) in sports history during his 2019 showing. While he sadly didn’t provide a video of himself recreating any of his ICONIC postmatch interviews — yet — he shared a picture following his first practice, and we’re honestly just thrilled to see him back on site.