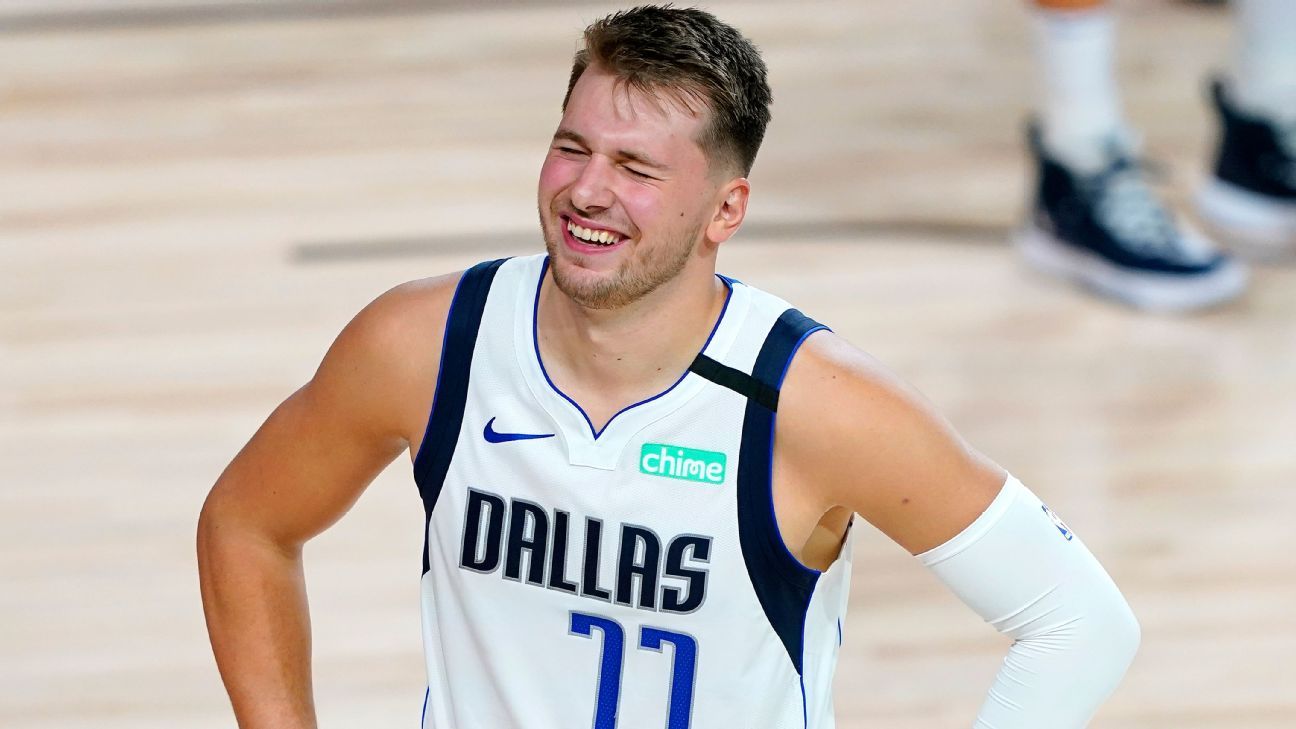 Luka Doncic described it as “an amazing feeling” to get his first NBA playoff win after the Dallas Mavericks‘ 127-114 victory over the LA Clippers in Wednesday’s Game 2, and it’s a sensation he expects to experience again soon.

“We’ve just got three left,” Doncic said, referring to how many more wins the seventh-seeded Mavs need to pull off an upset over the heavily favored Clippers in their first-round Western Conference series in Lake Buena Vista, Florida. “I think we can fight with them. Any series we go in, we’re going to believe we can win, for sure. If you don’t believe it, you’re not supposed to be here. You’ve got to believe it.”

The Mavs certainly have reason to be confident after cruising to a convincing victory despite their 21-year-old superstar spending most of the second half on the bench with foul trouble.

Doncic still posted an impressive statistical line — 28 points, 8 rebounds and 7 assists in 28 minutes — but he did the vast majority of his damage before halftime. Doncic dominated the first two quarters, scoring or assisting on every point during Dallas’ game-opening 15-2 run and accumulating 22 points, 6 rebounds and 7 assists to lead the Mavs to a 61-56 halftime lead.

However, Doncic didn’t make much impact in the second half, when he played only nine minutes and was 1-of-5 from the field with no assists. He was called for his fourth foul less than a minute into the third quarter and was whistled for his fifth foul 23 seconds into the fourth quarter.

Mavs coach Rick Carlisle said he had no choice but to substitute for Doncic after his fifth foul, which was called when Dallas was protecting a 13-point lead. The Mavs managed to maintain that lead as Doncic sat for more than seven minutes.

“I was frustrated for like 15 seconds,” said Doncic, whose 70 points so far this series ranks second in NBA history for the most by a player in his first two playoff games behind Hall of Famer George Mikan’s 75 in 1949, according to Elias Sports Bureau research. “Then I was focused on supporting my teammates. They did a great, great job. Being on the bench, it’s hard for me. I want to help my team, but we won the game. Maybe if I don’t pick up that foul, we don’t win the game.”

Dallas reserves, led by Trey Burke and Seth Curry, accounted for 17 of the Mavs’ 20 points during the stretch that Doncic sat out in the fourth quarter. The Clippers had the highest-scoring bench in the league this season, but the Mavs had a 47-37 edge in bench scoring in Game 2.

Three Dallas reserves scored in double figures: Burke (16 points on 7-of-11 shooting), Curry (15 points on 6-of-9 shooting) and center Boban Marjanovic (13 points on 6-of-8 shooting). The Mavs outscored the Clippers by 30 points during Curry’s 26 minutes on the floor.

“This is how we’re going to have to win games,” Carlisle said. “Our depth is going to be a big part of it.”

The Mavs came out of their 118-110 Game 1 loss convinced that they could compete with the Clippers. Dallas had a five-point lead in that game when star big man Kristaps Porzingis was ejected after receiving his second technical foul early in the third quarter.

“We knew after the first game that we were right there and we could compete with probably one of the favorites to win it all,” said Porzingis, who had 23 points and seven rebounds in Game 2, which was also the first NBA playoff win of his career. “We came into this game ready.”

The Mavs headed back to their hotel at the Walt Disney World Resort with the series even. The Clippers, who got 35 points from Kawhi Leonard, never mounted much of a comeback bid in the third quarter despite Doncic’s foul trouble.

“We took a step tonight in the right direction,” Carlisle said. “It’s important to feel what winning feels like, but we’re also up against the human nature curve, which is always tough after you win a playoff game. Even in a situation like this where there’s no fans in the building, you get an exuberant feeling, and you can’t let human nature get the best of you. We’ve got our work cut out for us. It’s now a five-game series.”