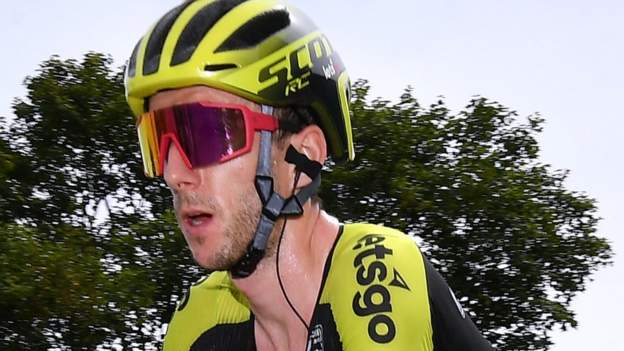 Britain’s Adam Yates is set to battle for stage wins rather than focusing on the general classification standings at this year’s Tour de France.

The 28-year-old has been selected in Michelton-Scott’s eight-man line-up for the Tour’s start on 29 August.

Yates’ twin brother Simon, who has signed a new deal with the team, will ride the Giro d’Italia instead.

Adam Yates, who won the best young rider jersey at the Tour de France in 2016, is joined on the team by Colombian rider Esteban Chaves and Spaniard Mikel Nieve, who spent four years with Team Sky before joining Mitchelton-Scott in 2018.

Yates has been linked with a move to Team Ineos when his contract expires at the end of the season.

“We are very happy with the mix of experience and talent we have available for this year’s race. This is a very complete group across all terrains,” said Matt White, head sport director at Mitchelton-Scott.

“Last year was an incredible race for the team and we will continue in the same vein of targeting stage wins throughout.”