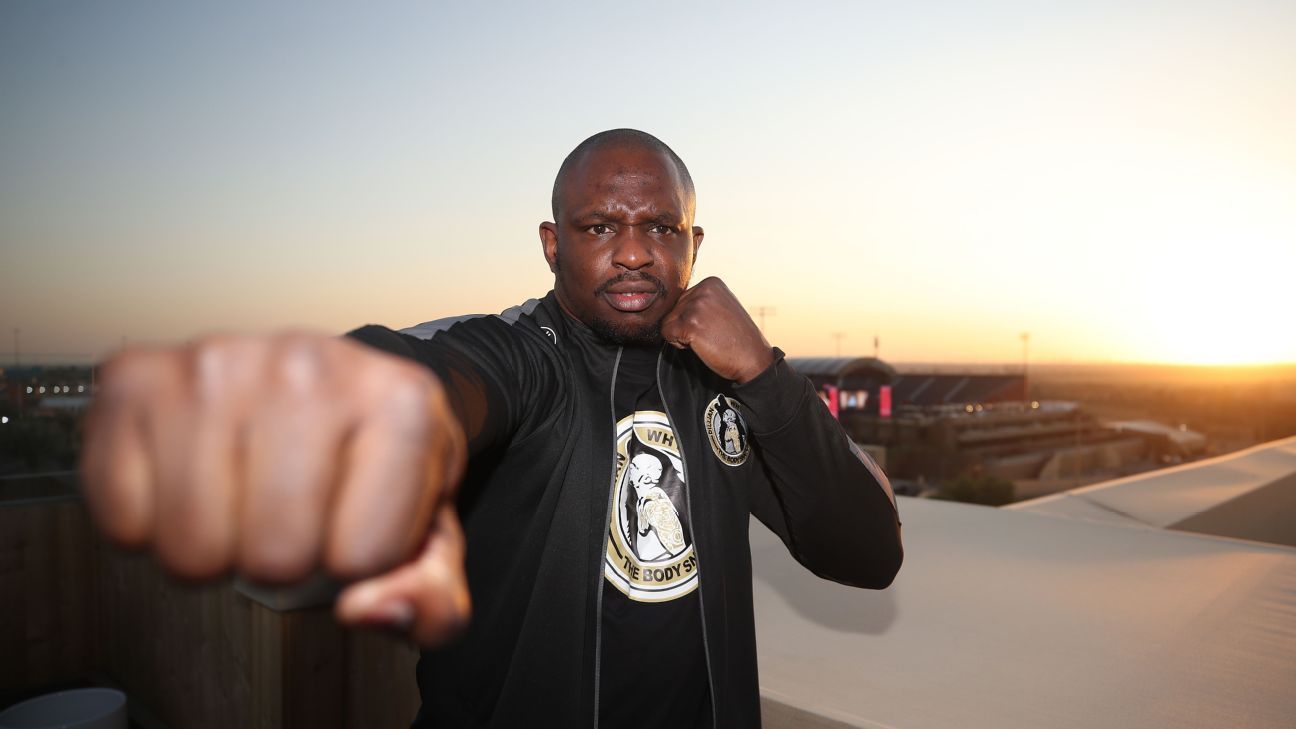 Three big fights are taking place Saturday, with each having title implications.

And Shawn Porter can get another crack at Errol Spence Jr. or Danny Garcia, but he needs a win against Sebastian Formella in their WBC/IBF title eliminator.

Steve Kim and Nick Parkinson break down a day full of consequential bouts.

How does the Alvarez-Smith fight play out?

Kim: Based on the overall track record, the 36-year-old Alvarez is the favorite here. But there’s no doubt the heavy-handed Smith absolutely has a legitimate puncher’s chance. Youth is certainly on Smith’s side given that he’s six years younger, but he’s not necessarily the fresher fighter. It wasn’t too long ago that he suffered a broken jaw against Sullivan Barrera that kept him sidelined for nearly a year.

Both are coming off strong efforts — Alvarez KO’d the streaking Michael Seals, and Smith defeated Jesse Hart at the beginning of the year — but I’ll go with the durability and steadiness of Alvarez to win a hard-fought decision. Smith will be dangerous throughout the night, but Alvarez has had more consistent world-class success in the past and he hasn’t shown any real signs of slowing down.

Parkinson: This looks as if it could be a thriller, with the possibility of multiple knockdowns as both possess knockout power. It could quickly turn into a toe-to-toe fight, which is likely to end in a knockout, and I’m leaning a little toward Alvarez. Alvarez’s KO of Seals is a knockout-of-the-year contender, and when he stopped Sergey Kovalev in 2018 to win two world titles, the Canada-based Colombian proved he can do it at the top level, too. Kovalev won back the world title in a rematch after utilizing his boxing skills and jab, and Smith might try to neutralize Alvarez the same way. Smith isn’t as technically gifted as Kovalev, and I see Alvarez eventually getting through on the counter.

Who wins the Dillian Whyte-Alexander Povetkin fight and how?

Kim: Whyte, who is eight years the junior of Povetkin (who is 40) will simply wear down the Russian starting in the middle rounds and score a late stoppage. Whyte is a well-rounded heavyweight who has never shied away from a fight and has a solid résumé. The only blemish on his record is a loss to Anthony Joshua, a seventh-round TKO in 2015. Since that point, he has notched victories over Dereck Chisora (twice), Robert Helenius, Joseph Parker and Oscar Rivas. He is entrenched as the top-ranked heavyweight in the WBC.

As for Povetkin, you get the sense that while he’s still a serviceable heavyweight, he’s a few years past his prime.

Parkinson: Whyte by stoppage. Whyte is upset that he has had to wait more than three years as the WBC’s No. 1 challenger, claiming Deontay Wilder was afraid to fight him.

“You wouldn’t see it in football or baseball where the top teams don’t play each other for three years — it makes no sense,” he said.

That sense of injustice could lead to a powerful performance. To lose that status after so long, and with so much in the pipeline (a world title shot against the winner of Fury-Wilder 3 next year), would be disastrous. So, I would be amazed if Whyte comes in heavy again, the way he did in December. Don’t judge Whyte by that performance in Saudi Arabia, when he had a doping violation hanging over him until the eve of the fight. Whyte has trained through the lockdown, and even drove across Europe to Portugal to begin training. Povetkin can bang but should not be a problem for Whyte so long as he has trained correctly. Expect Whyte’s energy, ambition and aggression to wear down Povetkin in the late rounds.

Who has a better chance against Tyson Fury, Whyte or Povetkin?

Kim: Whyte, just for the fact he’s younger and has more in the tank. It’s hard to imagine an older boxer defeating Fury at the moment. Also, there would be a real energy to a Fury-Whyte clash given that they are both British. The barbs would certainly fly in the lead-up to this contest.

Parkinson: Whyte. As a former sparring partner of Fury’s, Whyte has inside knowledge and will not shy away from stoking up prefight tension with the reigning WBC champion. Whyte even claims to have dropped Fury when they sparred. Whyte has quick hands and power, which stunned Anthony Joshua in December 2015. He can do the same and hurt Fury, if he can get close to the tall, rangy champion. However, Whyte could not dominate Robert Helenius — similar in size to Fury — when he beat him by decision in October 2015 to seal his WBC leading position. Povetkin can whack, we know that, but Whyte would bring a ferocity to an all-English showdown (the way he did against Joshua) that the Russian wouldn’t.

Should Porter get the Spence-Garcia winner next if he wins Saturday?

Kim: There’s certainly a strong argument to be made since Porter defeated Garcia in 2018 to win the WBC belt, and lost it against Spence in a hard-fought decision last September in a unification bout. Currently, Porter is rated fourth by ESPN at 147, behind Spence, Manny Pacquiao and Terence Crawford. But, is there a demand for either one of these rematches at the moment? The answer is probably not. And in an era when world-class boxers fight so infrequently, you wonder if there are other matchups that can be made for Spence or Garcia, regardless of the result of their fight in November.

Porter is certainly a respectable opponent for anyone at welterweight given his track record, and nobody ever really wants to give him a rematch. Porter is the type of guy you face once, and you really don’t want to go through that again. But with Porter-Sebastian Formella being billed as both a WBC and IBF eliminators, the winner of Spence-Garcia might not have a choice in the matter.

Parkinson: It would be better to see Spence or Garcia progress to face Terence Crawford, in a bout to decide the division’s No. 1. Crawford desperately needs a big name on his record, and there is no bigger fight for him than against the winner of Spence-Garcia in a title unification fight. Should there be problems in making that fight though (Crawford is being lined up to face either Manny Pacquiao or Kell Brook for late 2020), there is undoubted interest in seeing Porter face Spence again, and Garcia to a lesser extent.

Which prospect would you like to see back in the Top Rank bubble?

Kim: Elvis Rodriguez (8-0-1, 8 KOs) has made a strong impression in two summer appearances inside the bubble at the MGM Grand Conference Center in Las Vegas. The 24-year-old southpaw from the Dominican Republic is a tall, rangy fighter who has shown explosive power with both hands. His knockout of Dennis Okoth on July 21 was particularly impressive. What was thought to be a relatively stern test, was instead a highlight-reel KO, where Rodriguez stepped inside with a jab and struck Okoth with a short left hand that he hid well until he released it.

Rodriguez isn’t just a pure puncher, he has solid boxing skills. His trainer, Freddie Roach, says he believes Rodriguez is a future world champion at 140 pounds. He is scheduled to fight again on Aug. 29 and Top Rank has had some issues getting opponents to step in there against Rodriguez. He is no longer a well-kept secret.

Parkinson: Edgar Berlanga fights as if he has somewhere else to be later in the evening, registering 14 straight knockouts in the first round. The super middleweight brings excitement and quick knockouts, and what’s not to like about that? I also want to see how long he can extend this remarkable first-round knockout streak. Edwin Valero, from Venezuela, won his first 18 professional opponents in the opening round before winning world titles at junior lightweight and lightweight between 2006 and 2010. Can Berlanga do the same and graduate to elite level?