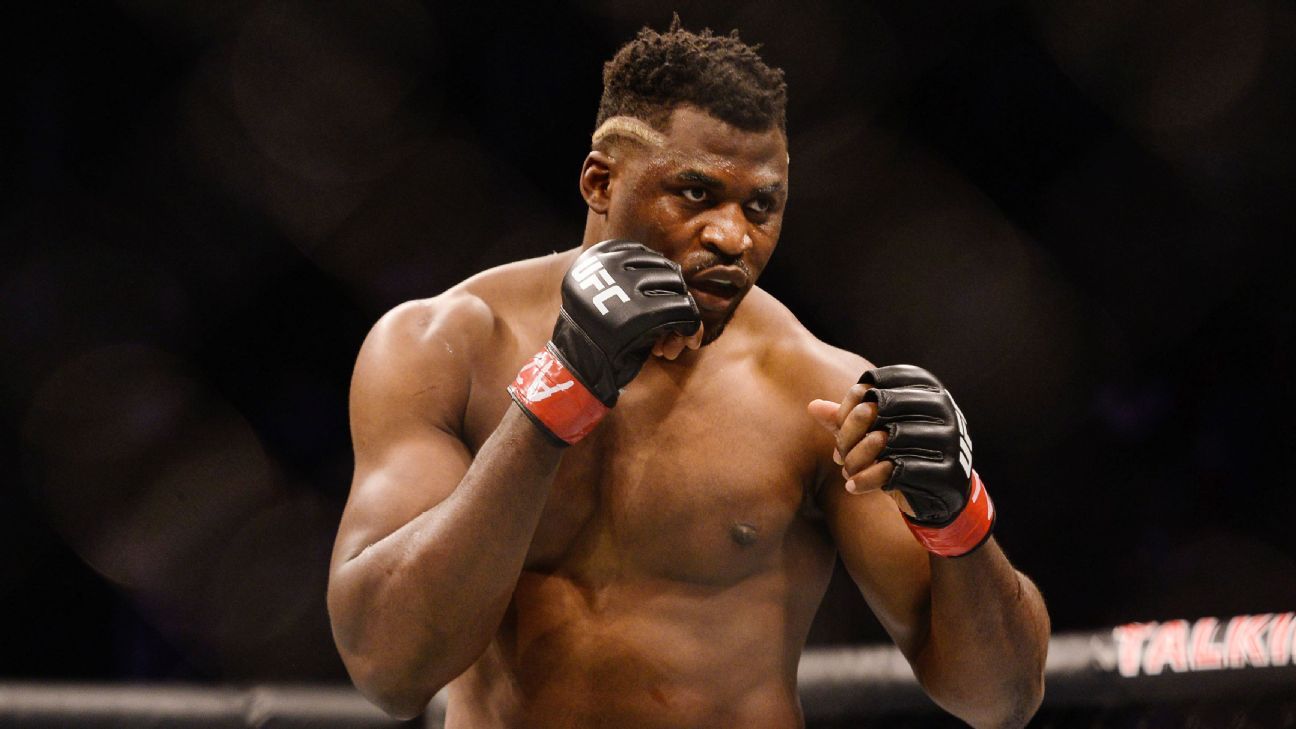 UFC president Dana White said he’s open to Jon Jones‘ first fight at heavyweight being for the title, but that wouldn’t happen before Francis Ngannou gets his shot at champion Stipe Miocic.

“[Jones is] the longtime light heavyweight champion. In my opinion he’s the greatest of all time, and if he wants to come back and take a shot at the heavyweight championship, I wouldn’t have a problem with that,” White said Tuesday night on SportsCenter. “But he can’t just jump in front of Ngannou right now.”

Miocic defended his title Saturday with a unanimous decision over Daniel Cormier. There was speculation that once Jones vacated his light heavyweight title on Monday and announced he was moving up to heavyweight, he would immediately get a title shot. Jones often has talked about wanting to fight Miocic.

But White has been firm in saying Ngannou would get his championship opportunity first. The UFC ranks Ngannou, who has knocked out his last four opponents in the first round, as the No. 1 contender.

“[Ngannou vs. Miocic is] definitely the fight that’s going to happen at heavyweight now,” White said. “Francis Ngannou has earned that title shot. Then we’ll see what happens.

“We have the top 4-5 [heavyweights] laid out for fights coming up in the fall. So we’ll see when Jon Jones’ timing is to come back and who makes sense for him.”