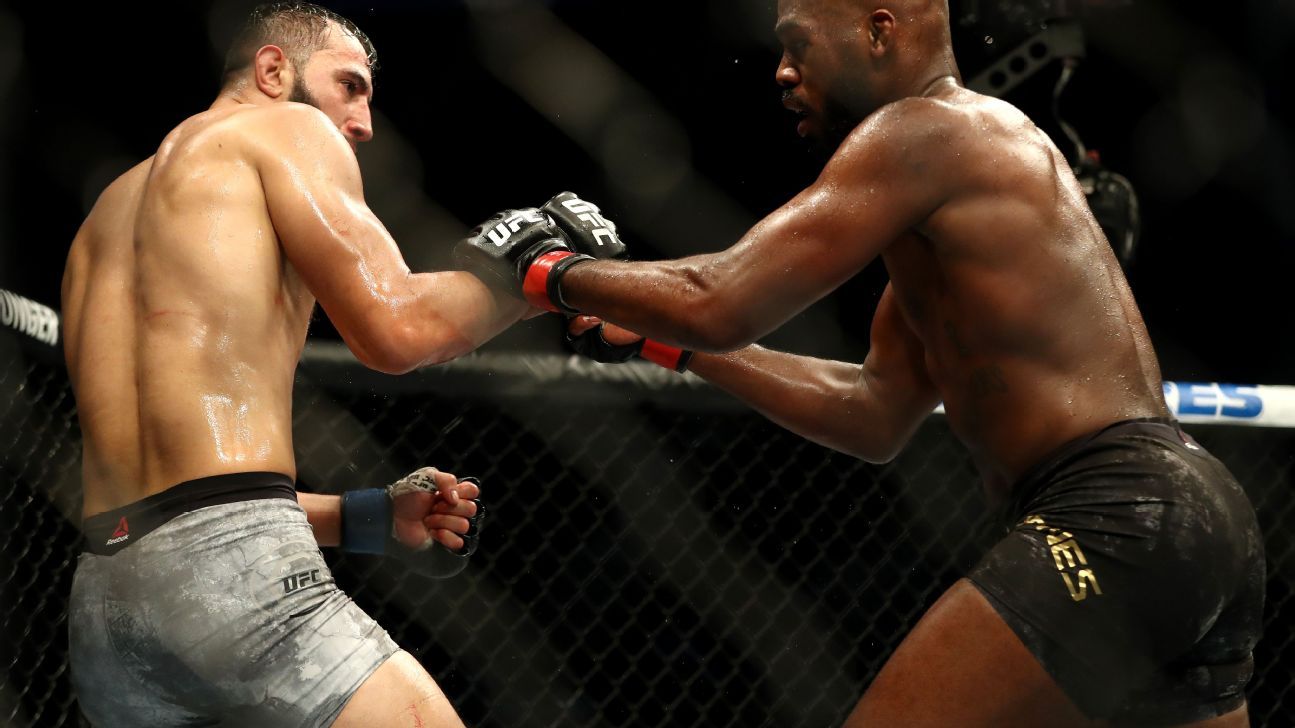 Longtime champion Jon Jones announced Monday that he’d be vacating the UFC light heavyweight title. One day later, there is a resolution on what will happen next with that prestigious belt.

A bout between top contenders Dominick Reyes and Jan Blachowicz was already set for UFC 253 on Sept. 26, as reported Monday by ESPN’s Brett Okamoto. On Tuesday, the UFC made it official: Reyes vs. Blachowicz will be for the vacant light heavyweight title.

Reyes (12-1), ranked No. 3 in the world by ESPN among light heavyweight fighters, is coming off a controversial unanimous decision loss to Jones at UFC 247 in February. It was a bout many thought the 30-year-old California native should have won on the scorecards. Blachowicz (26-8) has won three straight, the most recent a first-round knockout of Corey Anderson in February. The 37-year-old is ranked No. 4 by ESPN at light heavyweight.

This will be only the second time ever that the UFC light heavyweight title will not be in a card’s main event. The first was Daniel Cormier‘s title defense against Volkan Oezdemir at UFC 220 on Jan. 21, 2018.

UFC 253 will be headlined by a middleweight fight between champion Israel Adesanya and challenger Paulo Costa.

Jones had held the light heavyweight belt off and on since 2011 and never lost it in the cage. The all-time great champion expressed his intent Monday to move up to heavyweight.