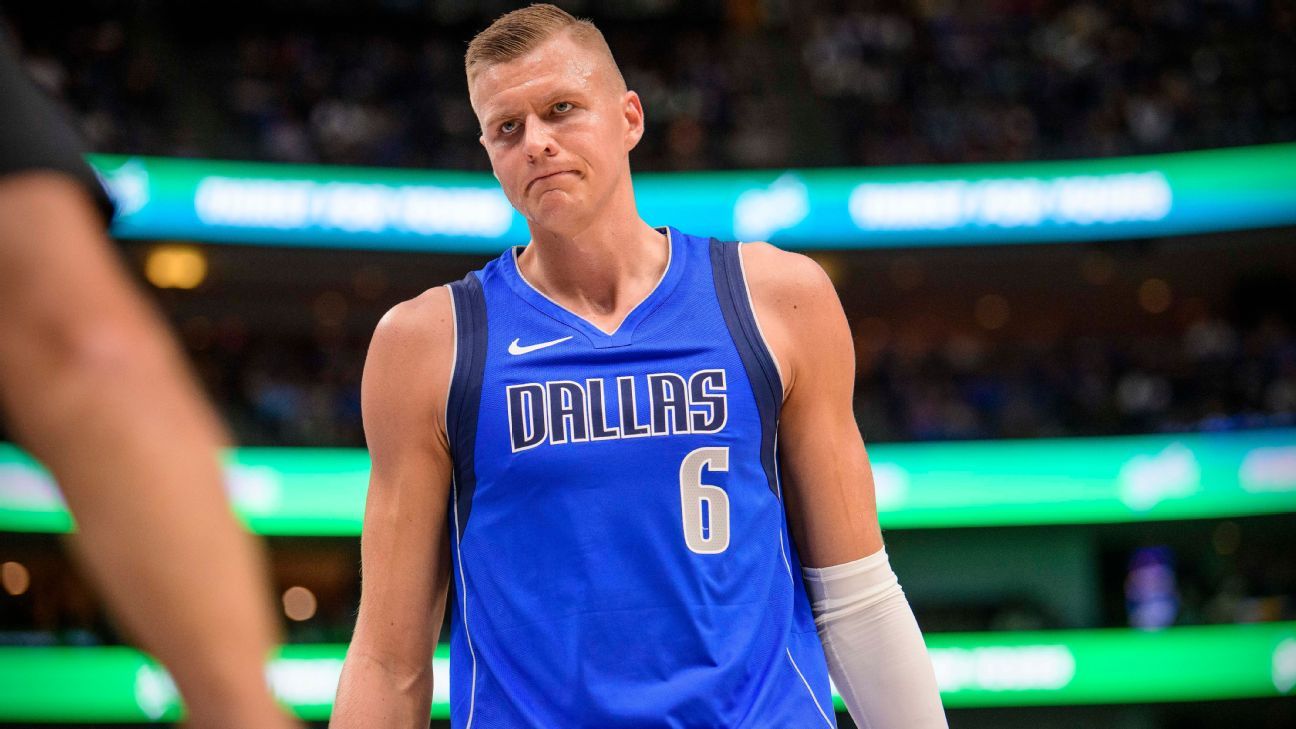 Dallas Mavericks big man Kristaps Porzingis is listed as questionable for Wednesday’s Game 2 against the LA Clippers because of right knee soreness.

A source told ESPN that Porzingis is experiencing irritation in the knee but hopes to play in Game 2.

The 7-foot-3 Porzingis missed 10 games in late December and January because of soreness in his right knee. He tore the ACL in his left knee in February 2018 in what ended up being his final game with the New York Knicks and sat out the entire 2018-19 season, when he was traded to Dallas.

Porzingis had 14 points and six rebounds in the Mavs’ Game 1 loss Monday before being ejected early in the third quarter, when he was whistled for his second technical foul stemming from a confrontation with Clippers forward Marcus Morris Sr.