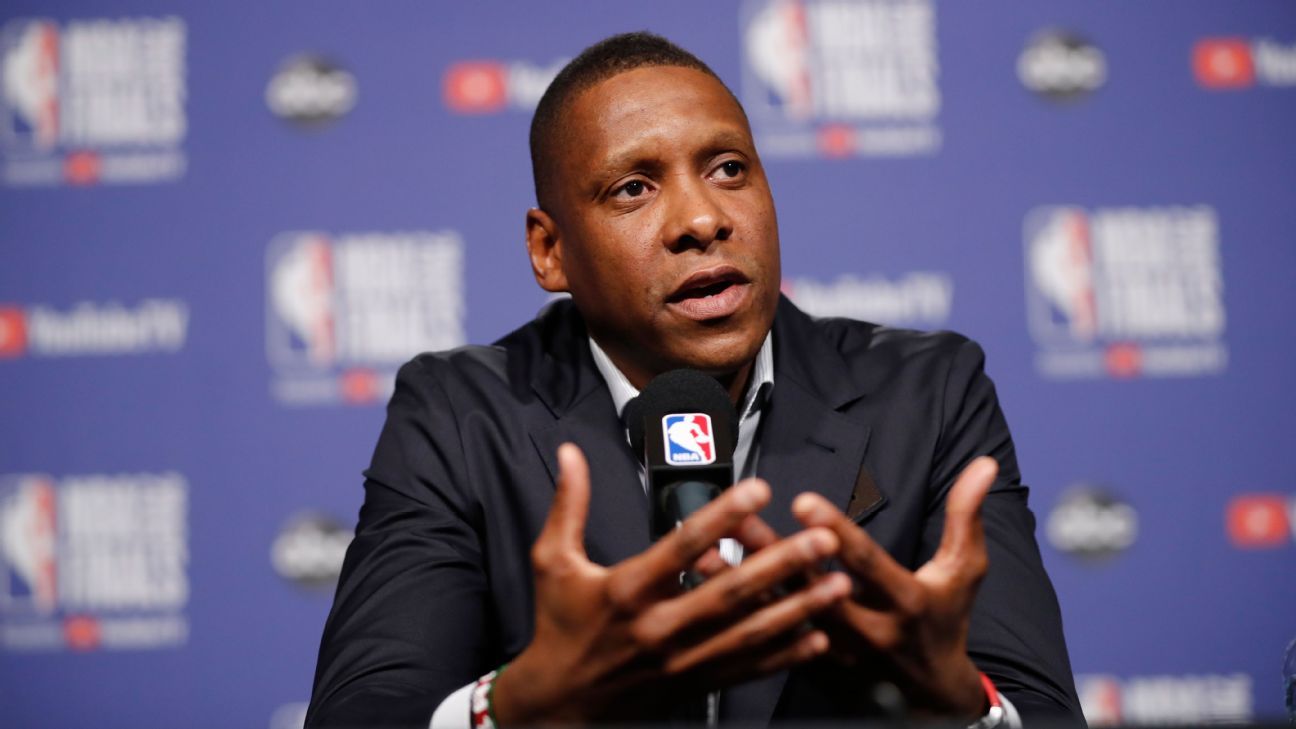 A countersuit filed by Toronto Raptors president of basketball operations Masai Ujiri includes new video footage that shows the San Francisco Bay Area police officer with whom he had an altercation in the moments after the Raptors won Game 7 of the 2019 NBA Finals was the aggressor.

The suit was filed Tuesday in U.S. District Court in Oakland, California.

The videos show the officer — Alan Strickland — grabbed Ujiri by the suit jacket and shoved him, telling him to “back the f— up” as Ujiri was attempting to show his team credential. Ujiri was attempting to reach the Oracle Arena floor to celebrate with the Raptors in the wake of Toronto winning the first NBA championship in franchise history.

The two then exchanged words, and Ujiri held out his credential again. Strickland shoved Ujiri a second time, and Ujiri shoved Strickland back.

After the two men were separated, Ujiri eventually was able to make it onto the court to celebrate with the rest of the Raptors.

Strickland’s suit, which was filed in February, alleged that Ujiri assaulted him in the moments after Toronto’s victory and that as a result of the incident, he “suffered injury to his body, health, strength, activity and person, all of which have caused and continue to cause Plaintiff great mental, emotional, psychological, physical, and nervous pain and suffering.”

Alameda County Sheriff Greg Ahern initially requested Ujiri be charged with battery of a peace officer after the incident took place, claiming Ujiri struck Strickland’s jaw and shoulder. Eventually, however, the Alameda County District Attorney’s Office declined to press any charges after a monthslong investigation ended with a meeting between the office, Ujiri and his lawyers last October.

Ujiri’s countersuit says that Strickland falsified their encounter and attempted to portray Ujiri as “the initial aggressor and an inherently violent individual.” It goes on to call Strickland’s account “a complete fabrication” that has been contradicted by video footage.

In a statement released later Tuesday, the Raptors said the new video evidence proves Ujiri “was not an aggressor, but instead was the recipient of two very violent, unwarranted actions.”