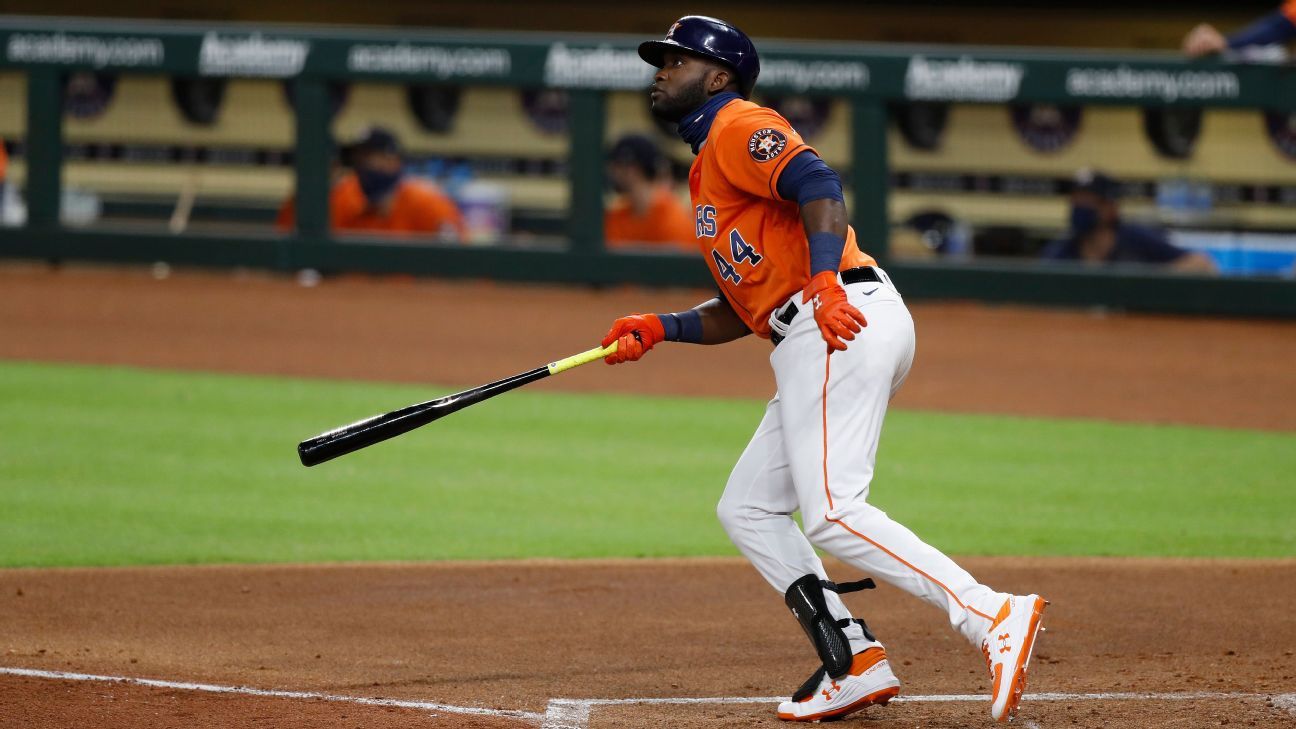 Houston Astros manager Dusty Baker said Wednesday that Yordan Alvarez, the reigning American League Rookie of the Year, might miss the rest of the season.

Alvarez had been placed on the injured list Tuesday, just a few days after making his season debut.

He had an MRI on Monday after experiencing discomfort in his right knee. He had missed two games because of the injury.

Alvarez made his season debut Friday after being activated from the injured list and was hitting .250 with a home run and four RBIs in two games.

He had been on the IL because of a positive COVID-19 test before summer camp.