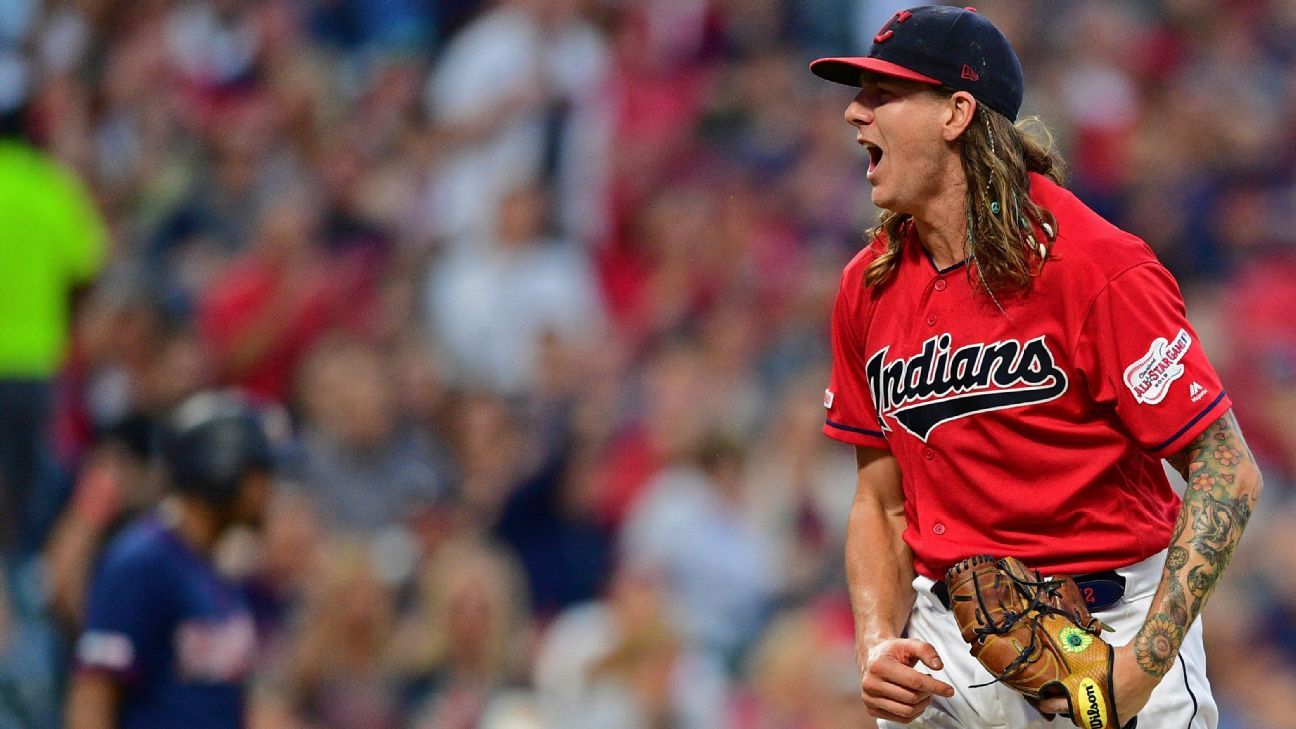 During a testy meeting Friday, Cleveland Indians players scolded teammates Mike Clevinger and Zach Plesac for breaking protocol and going out in Chicago, and at least one player said he would opt out of the season if the two remained on the active roster, sources familiar with the meeting told ESPN.

Clevinger and Plesac, two-fifths of the Indians’ rotation that has a major league best 2.43 ERA, were optioned to Cleveland’s alternate site and will spend at least 10 days away from the major league team. While some teammates accepted their apologies and preferred they remain with the Indians, sources said, the anger over their actions was palpable enough to lead to the demotions — ones that, if they last for a specific period of time, could have significant financial implications.

Indians players’ disappointment centered not only on the decision made by Clevinger and Plesac to leave the team hotel in Chicago on Aug. 7 but their actions afterward. Some players, sources said, believed Clevinger was not truthful with them about his involvement before he boarded the team plane Aug. 9. By then, Plesac, who had been caught trying to return to the hotel early on the morning of Aug. 8, had been sent back to Cleveland. His attempted explanation this week in an Instagram video during which he was driving further bothered teammates, sources said.

In the meeting before their series against the Detroit Tigers, Indians players castigated Clevinger and Plesac for their poor decision-making, sources said. Clevinger, 29, is one of baseball’s most talented pitchers, with a 2.96 ERA in 447 2/3 innings over the previous three seasons. The 25-year-old Plesac had been a star in his first three starts this year, posting a 1.29 ERA with a 24-2 strikeout-walk ratio.

Despite their production, 39-year-old left-handed reliever Oliver Perez said he would leave the team if Clevinger and Plesac returned to the roster in Detroit, sources familiar with the meeting said. Other players, sources said, felt similarly. Shortstop Francisco Lindor, the four-time All-Star considered the heart of the team, was outspoken as well, according to sources.

The most critical issue, sources said, was the breach of trust. While Clevinger and Plesac have tested negative for COVID-19, the potential exposure of the team to the coronavirus — including pitcher Carlos Carrasco, who was treated for leukemia last year — frustrated the team. Indians pitcher Adam Plutko, who joined the rotation after Clevinger and Plesac were put on the restricted list before their demotion, said last week: “They hurt us bad. They lied to us. They sat here, in front of you guys, and said things publicly that they didn’t follow through on. It’s gonna be up to them. It really is.”

Over the weekend, the Indians swept the Tigers and improved to 13-9, one game behind the Minnesota Twins for first place in the American League Central. Their plus-21 run differential is sixth best in the major leagues, and their 2.56 team ERA leads the AL by nearly a full run.

While the absences of Clevinger and Plesac haven’t hurt the Indians in the short term, the long-term implications could be substantial — and severe — depending on how long they remain demoted. Players can be optioned to the minor leagues for up to 19 days during a season without losing service time. Clevinger entered this season with three years, 41 days of service and Plesac with 125 days.

Service time in 2020 operates on the following formula: 186*X/67. In a typical season, there are 186 days. This season, there are 67. “X” is the number of days spent on an active roster. If Clevinger remains on option for 20 days, the maximum number of rostered days he can get is 47 — which, under the formula, would equal 130 days of service this year. That would leave him with 3 years, 171 days — one day short of reaching four years of service. By keeping Clevinger down, Cleveland could delay his free agency by a year.

The potential repercussions for Plesac are sizable, too. He began the year on option for two days, meaning Cleveland needs to keep him down for 18 days more this season to affect his service. With a full year of service, he would be on track to be a Super 2 — arbitration eligible four times instead of the standard three — following the 2021 season. If he finishes 2020 with 130 days of service, Plesac would not reach arbitration until after 2022.

Cleveland does need a starter for its game Saturday against Detroit, though to recall Clevinger or Plesac, it would need to place a pitcher on the injured list. Of the players on Cleveland’s active roster, left-hander Logan Allen is the only starter not in the rotation. Cleveland next would need a fifth starter Sept. 1, the day after the trade deadline.

The possibility of Cleveland dealing a starting pitcher prior to the Aug. 31 deadline certainly exists, as president Chris Antonetti and general manager Mike Chernoff have traded from the Indians’ starting-pitching surplus twice in the past year and before that were active in conversations about starters. On July 30 last year, Cleveland shipped starter Trevor Bauer to Cincinnati and received Allen, slugging designated hitter Franmil Reyes, outfielder Yasiel Puig and prospects Scott Moss and Victor Nova. In the offseason, they traded two-time Cy Young winner Corey Kluber to Texas for reliever Emmanuel Clase and outfielder Delino DeShields Jr.