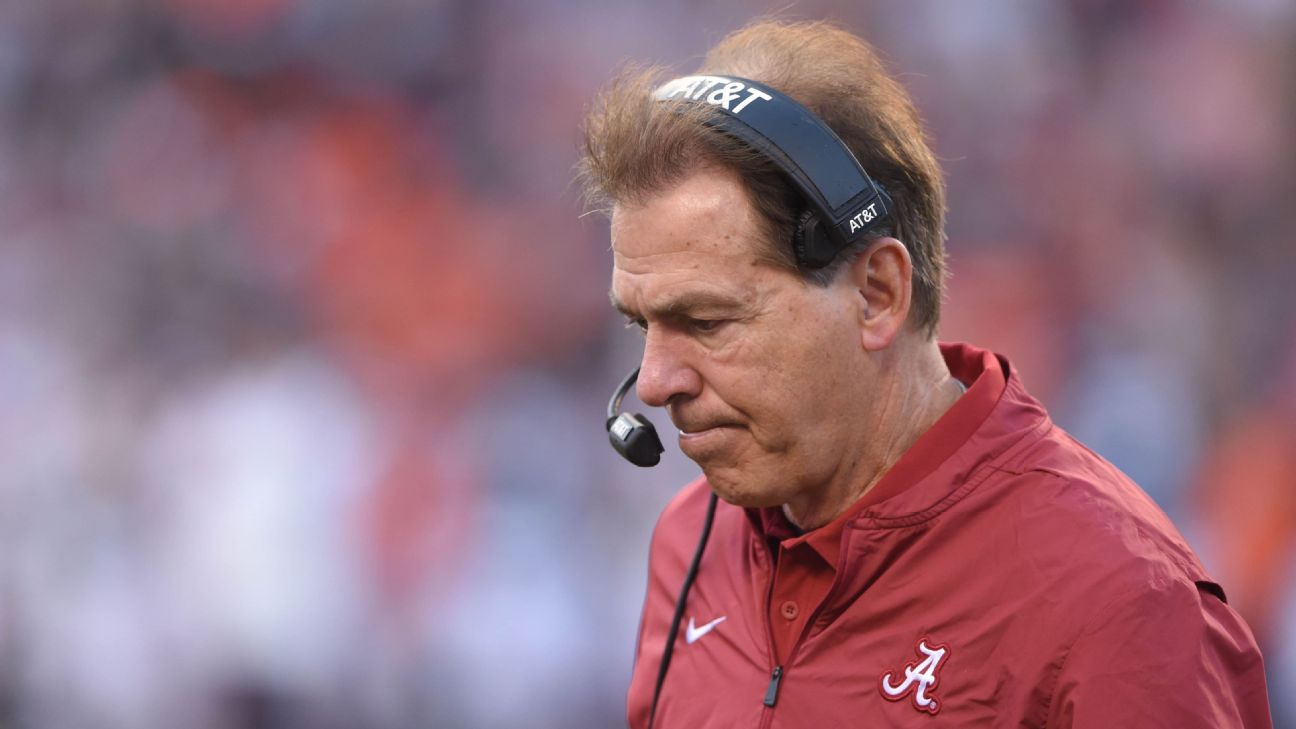 Alabama coach Nick Saban questioned the viability of a spring football season during his appearance on ESPN’s Get Up on Tuesday, asking whether pro prospects would even consider participating.

“I think one of the real consequences of this is, if you’re a junior or a senior and you have an NFL grade, are you going to play in the spring?” Saban said. “Or is that going to become sort of a JV season with a lot of these juniors and seniors opting out?”

Several current college football players have told ESPN they’d be unwilling to play a spring season, citing the risk of injury so close to the NFL draft, which is scheduled to begin on April 29.

A week ago, the Big Ten and Pac-12 announced that they would postpone all fall sports during the coronavirus pandemic, with the hope of playing football in the spring.

The SEC, ACC and Big 12 all have plans to start their seasons in late September.

Saban said he’s confident in the advice he and the SEC have received in terms of moving forward with the season and creating a “safe environment.”

“Everybody’s circumstances and situation is a little bit different,” Saban said. “I actually hate it for the players who won’t get the opportunity to play and compete and create value for themselves.”

On Monday, defending champion LSU had its second player opt out when senior defensive back Kary Vincent Jr. said he was going to start preparing for the NFL combine.

Over the weekend, a handful of Vanderbilt players opted out, including leading tackler Dimitri Moore.

Saban has declined to say whether any of his players had decided to opt out of the season, reiterating that everyone has been told that “you don’t have to do anything you’re not comfortable with.”

“We’re going to keep all those issues internal to our team,” Saban said after practice Monday. “The players have asked me to do that, and I agree with them.”

Alabama opens the season against Missouri on Sept. 26.