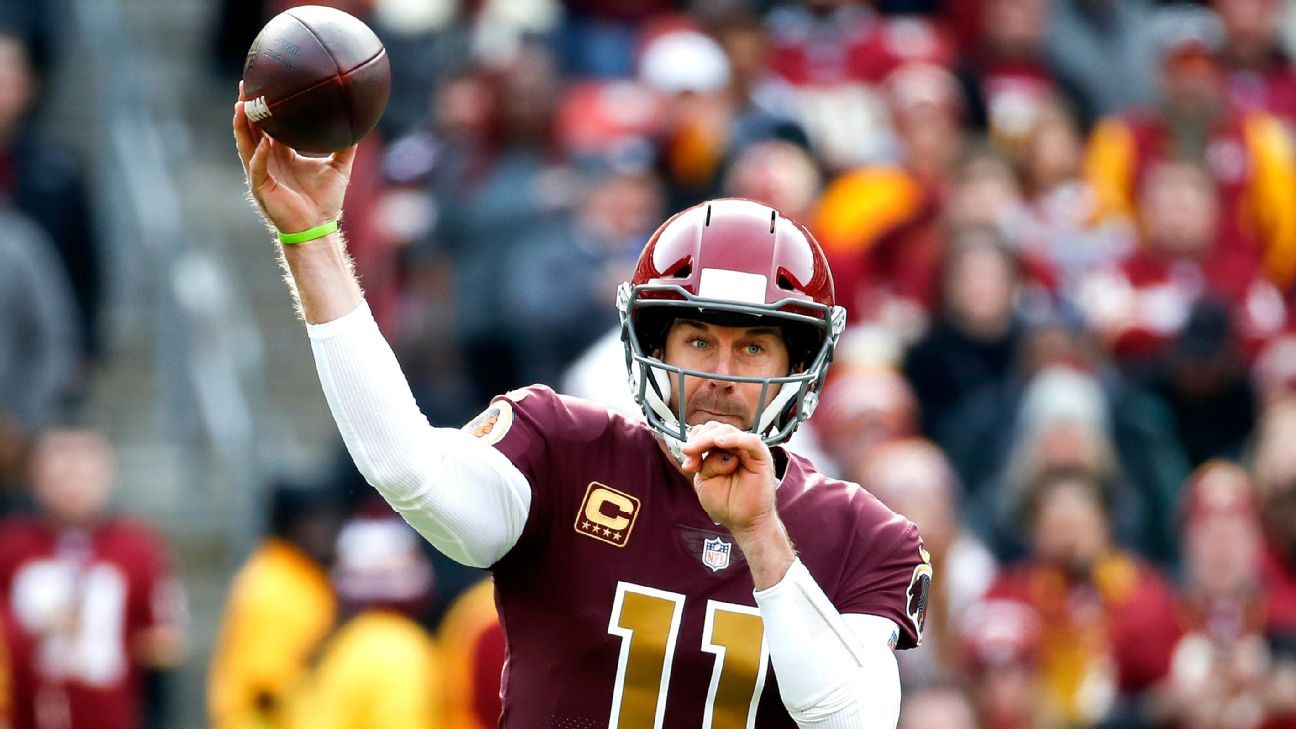 After nearly two years away, after 17 surgeries and a near amputation, Washington quarterback Alex Smith on Sunday did what once seemed unthinkable: He put on a helmet and practiced with his teammates. Smith has accomplished plenty in his 13 active NFL seasons while playing on Sundays; simply practicing on one ranked high as well.

“In the football world, I’m a dinosaur,” Smith told ESPN’s Stephania Bell, “but I felt like a 16-year-old again. The nerves, the feeling of excitement, obviously anxiety. All that stuff of being alive, the range of emotions of going out there with your teammates. That’s why you play.

“It felt good to get those nerves going again.”

Smith, 36, was activated off the physically unable to perform list Sunday, allowing him to practice with Washington for the first time since he broke the fibula and tibia in his right leg in November 2018. Until Sunday, he had been working on the side with trainers during practice.

He’s still limited and isn’t yet participating in full-team work, but Sunday represented another step toward his ultimate goal of playing once again — even as Smith knows skeptics abound.

“I know a lot of people probably think it’s funny that I’m even pursuing this. I really feel like I need to see where this ends. I need to, I need to see what my limitations are, what I’m capable of.

“I really feel like I’ve been faced with this giant challenge in life. I can’t help it. I think that my three little kids see everything that I do. And for me, just kind of continuing to push this and see where it goes, you know, and, and no expectations.”

Smith still must take a few more steps before he can thrust himself into any quarterback competition. Washington liked how he was moving on the side and also that he didn’t suffer any setbacks or have soreness the day after working out. And the team knew it wouldn’t learn all it needed to about Smith until it activated him.

Regardless, Sunday was a necessary step.

“It continues to get better and better,” Smith told Bell. “I feel like I’m improving when the days and weeks go on. In the back of my head, I’m wondering when I’m going to hit that wall, but for me, honestly, even in the last three weeks, I feel I’ve progressed a ton. Just continuing to push it and see where it goes.”

That has been his mindset throughout his recovery, one that he explained on the E:60 documentary Project 11 with Bell. His initial focus was on getting better. Eventually, he saw a chance to do what he did Sunday.

“It’s what I wanted this entire time, to see if I could put the cleats on, put the helmet on, and go out there,” he said.

But Smith knows there are more questions to answer, his own and those of the organization. They need to see how quick he is in the pocket and how he handles an NFL pocket when protection breaks down. Smith’s injury occurred when he was sacked after pass protection broke down in a loss to Houston.

“Can I adapt? Can I go out there and play football at this level? It’s something that will reveal itself.”

Smith expanded on why he wants to keep playing in an interview posted to the team’s website.

“It’s not something I can walk away from and be able to sleep at night if I did,” he said. “I don’t think I could look my kids in the eyes and talk to them about giving it their all and pushing through things. We all face adversity in life. Was I going to talk about it or be about it? For me, that’s what it is. However this comes out, I’ll be better off for it. I continue to make gains. That continues to excite me, that I can keep pushing and at some point I’ll find out what my limitations are. But I haven’t found them yet.”

Smith has had plenty to celebrate in his 13 seasons. He was the No. 1 pick in the 2005 draft; he has led two franchises to playoff wins; and he has a career record of 94-66-1. The last time his teams didn’t post a winning record with him at quarterback was 2010.

But his activation was cause for a hearty celebration with his family. His wife, Elizabeth, posted a video on Instagram of her and their three kids, among others, spraying Smith with champagne after he arrived home. The video went viral Saturday night, causing the news to leak out about his return.

“I had no idea that they were going to turn it into anything. For me, I was thinking about practice the next day,” Smith told ESPN’s Bell. “My emotions were building up for that, the test the next day to go out there and see if I could do it. To have a little bit of a quarantine celebration was fun. My family has been through it all with me, had been there with me. So to be able to celebrate the highs as well as the lows obviously makes [it] special.”

A day later, he was back on the field.

“This is all icing on the cake,” Smith said. “I’m so thankful for the last two days to be able to put that jersey on again, to put the helmet on again … it is a special opportunity and something I certainly am not taking for granted.”