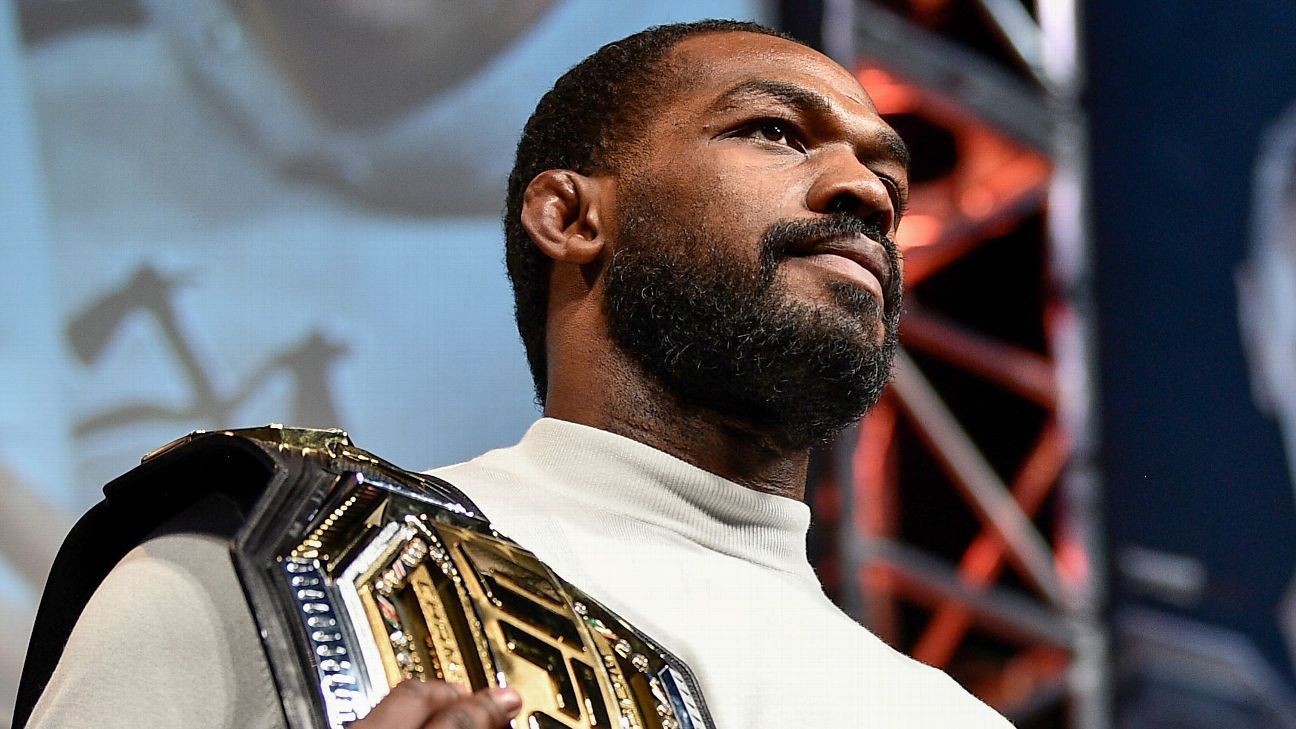 Jon Jones announced Monday on Twitter that he has vacated the UFC light heavyweight title he has held off and on for nearly a decade.

“It’s officially up for grabs,” Jones wrote of the UFC light heavyweight title. “It’s been an amazing journey, sincere thank you to all my competition, Ufc and most importantly you fans.”

In a subsequent tweet, Jones wrote that he will have negotiations with the UFC on a potential fight at heavyweight.

“Just had a really positive conversation with @Ufc,” Jones wrote. “Sounds like there will be negotiations for my next fight at heavy weight. All good news, the weight gaining process begins.”

Jones and the UFC had been publicly feuding over money since May, when Jones expressed interest in moving up to heavyweight to fight feared knockout artist Francis Ngannou. However, Monday’s tweet indicated that there has been progress.

Whatever happens, Jones wrote that he will remain in the U.S. Anti-Doping Agency drug-testing pool “for probably the next half year or so.” Leaving that pool signifies that a fighter has retired or moved on from the UFC. In order to compete again after leaving the pool, a fighter has to reenter it and be subject to drug testing for a period of six months.

Jones (26-1, 1 NC) is arguably the greatest fighter in MMA history. He has the longest unbeaten streak in UFC history (18), and his only career loss came in 2009 via disqualification. Jones’ 11 total title defenses tie him with Demetrious Johnson for the most title defenses in the promotion. Jones also owns wins over former champions such as Daniel Cormier, Quinton “Rampage” Jackson, Mauricio “Shogun” Rua, Rashad Evans and Lyoto Machida.

The only times Jones has not held the UFC light heavyweight title since 2011 were when Cormier held it. Jones was stripped of the belt in 2015 after a felony hit-and-run arrest. He beat Cormier in 2017 to win the title back, but the bout was overturned to a no contest because of a Jones positive drug test for a steroid metabolite. The title went back to Cormier.

That was Jones’ second anti-doping suspension, though both times USADA found he did not intentionally ingest a prohibited substance.

In his most recent fight, Jones beat Dominick Reyes in what was a controversial decision at UFC 247 in February. UFC president Dana White has said that Reyes deserved a rematch after a bout that many thought Reyes won. Jones tweeted last Saturday night that he intended to move up to heavyweight, following Stipe Miocic‘s successful heavyweight title defense against Cormier.