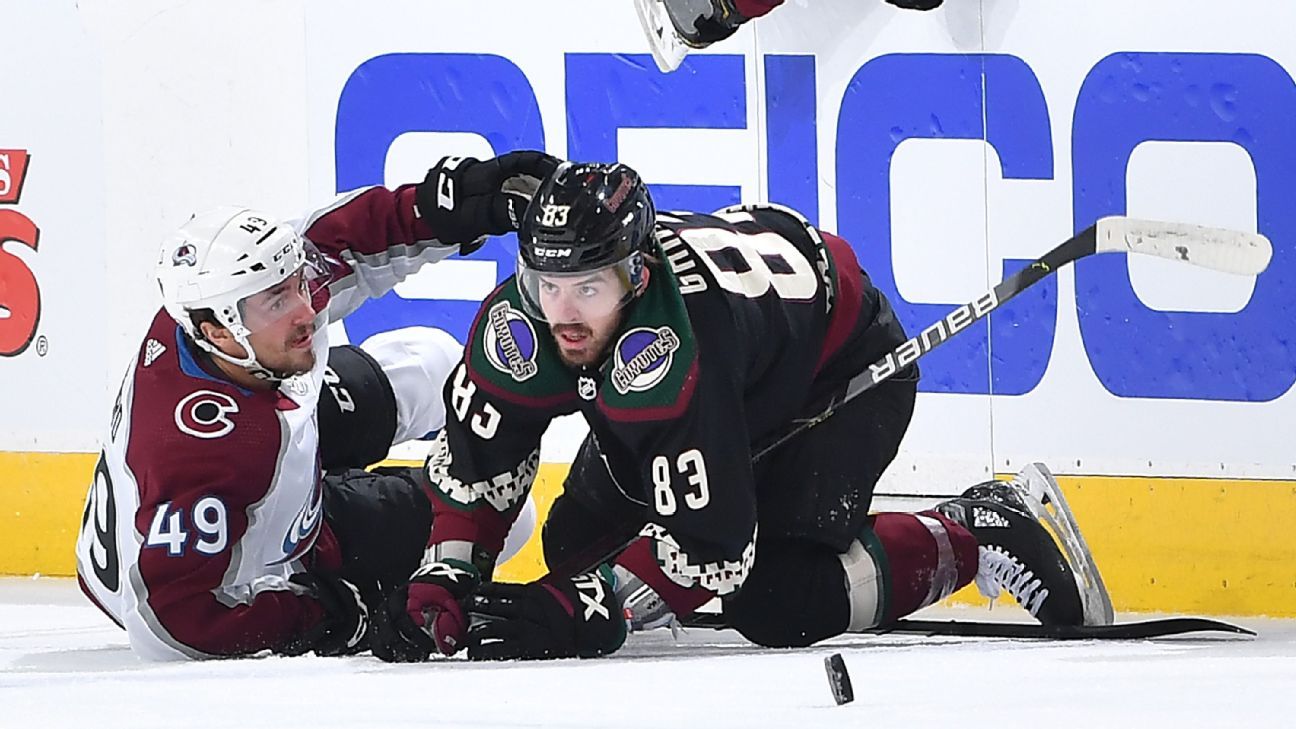 The Arizona Coyotes‘ 7-1 loss to the Colorado Avalanche in Game 4 of their quarterfinal series was the most lopsided defeat of the Western Conference postseason tournament.

Coyotes coach Rick Tocchet had another phrase for it.

“It was just a total debacle,” he said moments after the Avalanche took a 3-1 series lead on Monday in Edmonton. “We had some guys that looked like they haven’t even played before.”

It was absolute domination for the Avalanche, who had 15 more shots on goal and 32 more shot attempts than Arizona. Twelve Colorado players hit the score sheet. The Avs chased Darcy Kuemper, the goalie whose 49-save effort in Game 3 gave the Coyotes new life in the series.

Kuemper was pulled after the second period, having given up four goals on 22 shots.

“I was just disappointed for our goalies,” Tocchet said. “That’s the one thing that hurts: We let Kuemps out to dry, and that guy has been superhuman for us.”

The coach said all the Coyotes can do is try to regroup ahead of Wednesday’s possible elimination game.

“Listen, we’ve all been embarrassed in life before. I played hockey. I’ve been embarrassed. I can’t tell you a guy that played well. We were embarrassed. It was men against boys today,” he said. “Saying that, we lost one game. I’m going to give the positive turn on it: We lost one game. I know everyone’s going to say that we have no chance in the next game, but I’m looking for some character from some guys. I saw some stuff that I didn’t like. But we have 36 hours to regain something.”

Tocchet also openly wondered if his players have decided, through their play, that they’re done with quarantine life in the Edmonton bubble.