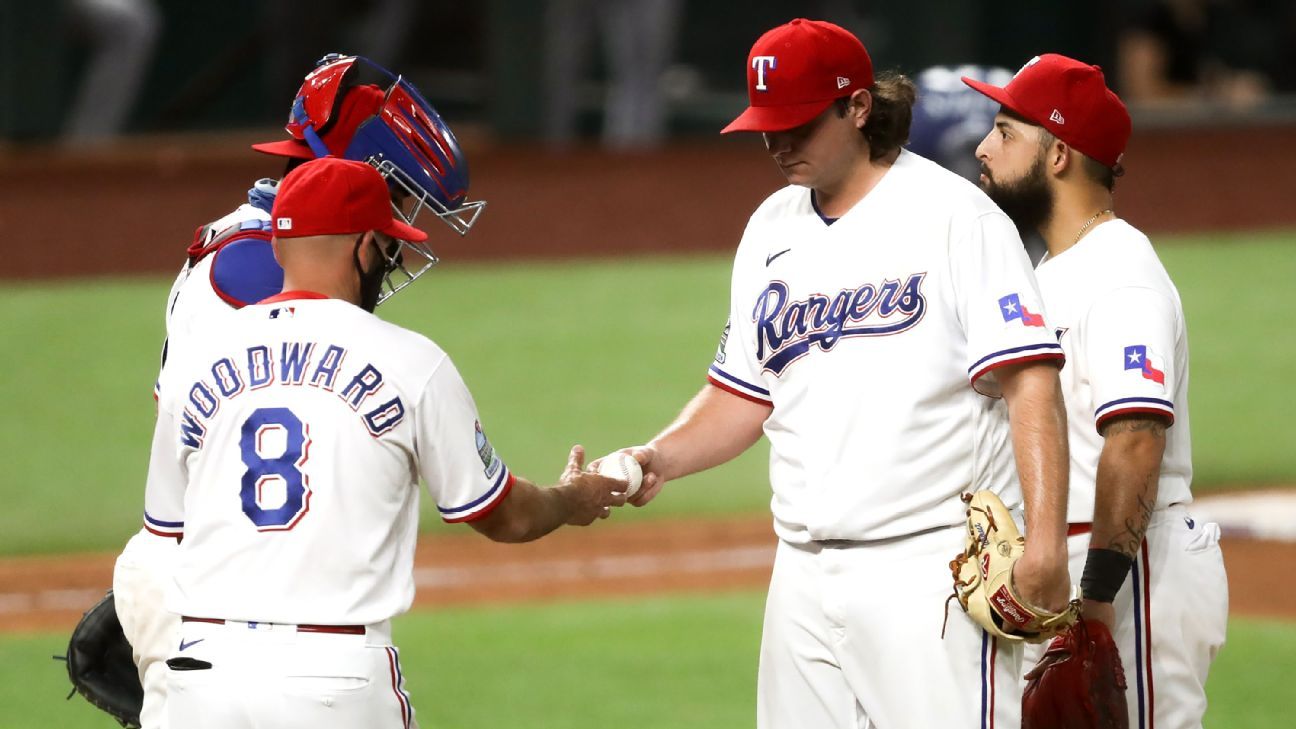 Woodward served his suspension Tuesday when the Rangers faced the Padres. Gibaut has elected to appeal and was active for the game. They were both fined an undisclosed amount.

Tatis missed a take sign and swung on a 3-0 pitch with the bases loaded and the Padres sporting a seven-run lead in the eighth inning. Woodward immediately displayed his displeasure with what he perceived as a violation of an unwritten rule of baseball. After the game, the skipper said the pitch got away from Gibaut.

“I’m not pounding my fist on the table saying this was absolutely horrendous,” Woodward said of Tatis’ swing before the suspension was announced. “I just thought it went just past the line.”

“I’ve been in this game since I was a kid,” he said. “I know a lot of unwritten rules. I was kind of lost on this. Those experiences, you have to learn. Probably next time, I’ll take a pitch.”

Before Tuesday’s game, Tingler said he won’t put restraints on the 21-year-old who began the day leading the majors with 11 home runs and 28 RBIs. He also said he was glad Tatis missed the sign.

“We were certainly looking to score more runs and put that game away,” said Tingler, adding that his club, which is seeking its first winning season since 2010, has struggled to do that. “We’re not looking to break any unwritten rules. We’re looking to win the game.”

Tatis’ decision to swing became a hot topic on Tuesday, with former and current players and managers across the sport weighing in on baseball’s “unwritten rules.”