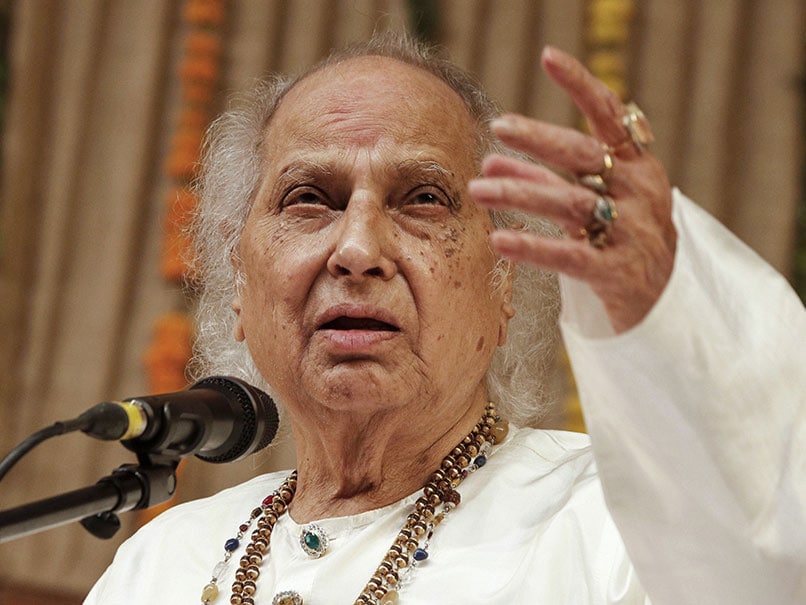 Sachin Tendulkar paid tribute to legendary Indian classical vocalist Pandit Jasraj, who died of a cardiac arrest at the age of 90 on Monday. “Words may not suffice to express the heartfelt sorrow that I feel for the passing away of Padma Vibhushan Pandit Jasraj ji,” Tendulkar tweeted along with a photo of Pandit Jasraj. “He was a musician par excellence,” the legendary batsman added. “May his soul Rest In Peace and my deepest condolences to his family and loved ones,” Tendulkar wrote.

Words may not suffice to express the heartfelt sorrow that I feel for the passing away of Padma Vibhushan Pandit Jasraj ji. He was a musician par excellence.
May his soul Rest In Peace and my deepest condolences to his family and loved ones. pic.twitter.com/is75MNWxUA

Pandit Jasraj, one of the world’s most prominent Indian classical vocalists, died of cardiac arrest in New Jersey, US, his family said.

“With profound grief we inform that Sangeet Martand Pandit Jasraj ji breathed his last this morning at 5.15 EST due to a cardiac arrest at his home in New Jersey, USA,” a statement issued by his family read.

“May Lord Krishna welcome him lovingly through the doors of heaven, where Pandit ji will now sing Om Namo Bhagwate Vasudevaya exclusively just for his beloved Lord. We pray that his soul rests in eternal musical peace. Thank you for your thoughts and prayers, Pandit Jasraj ji’s family, and the students of Mewati Gharana,” it added.

Born in Haryana in 1930, his musical career spanned eight decades. Many of his notable stage performances were converted into music albums.

Pandit Jasraj taught music in several countries including the United States and many of his students went on to become famous musicians.

He received several national and international awards in his career. He got the Padma Shri – India’s fourth highest civilian award – in 1975; Sangeet Natak Akademi Award in 1887 and Padma Bhushan in 1999.

In the year 2000, the government of India conferred him with Padma Vibhushan, the second highest civilian honour in the country.

(With inputs from PTI)