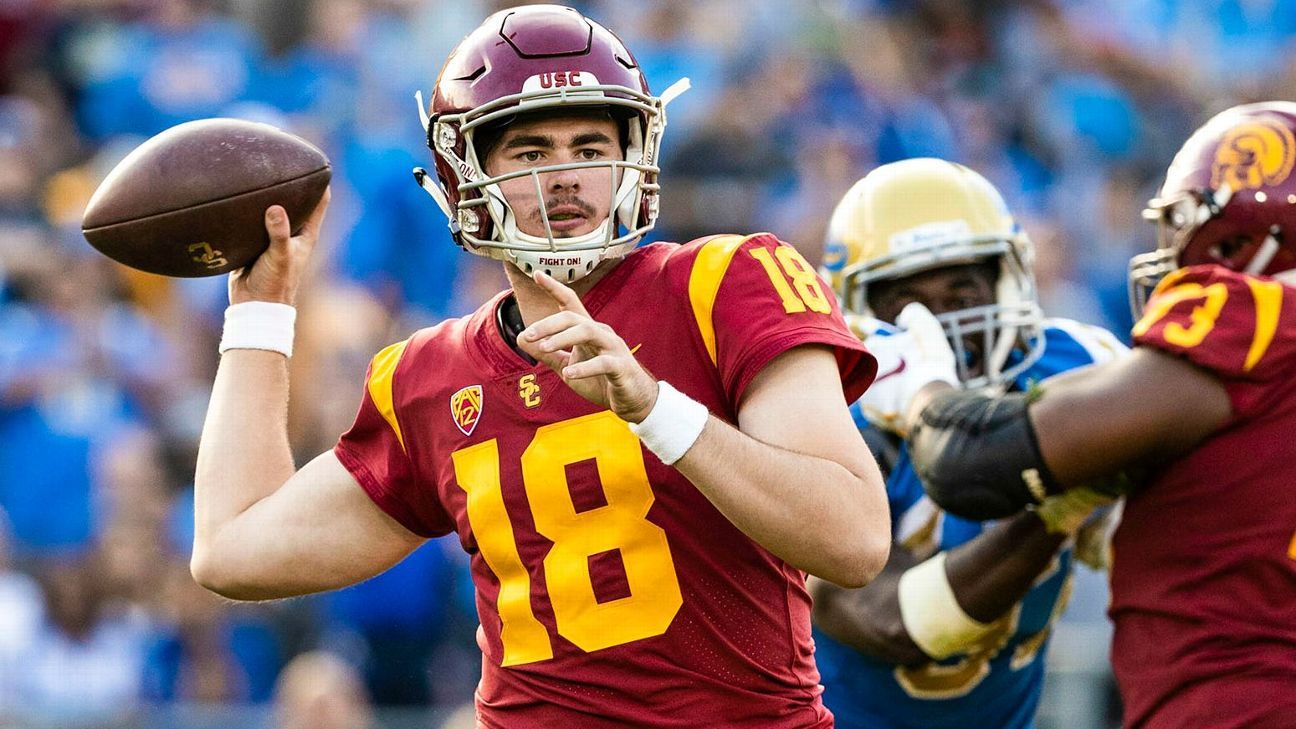 Georgia will open preseason practices on Monday without one of its two high-profile quarterbacks, as USC transfer JT Daniels hasn’t been cleared from a torn ACL that he suffered with the Trojans in the 2019 season opener.

In a teleconference with reporters on Sunday, Bulldogs coach Kirby Smart also said that Wake Forest transfer Jamie Newman missed time during offseason workouts because of a mid-foot sprain, but has recovered and is ready to go.

Smart didn’t say when Daniels, who joined the team in May, is expected to be cleared.

Daniels, a native of Irvine, California, in 2018 became only the second true freshman quarterback to start an opener for the Trojans after graduating one year early from Mater Dei High School in Santa Ana, California. He threw for 2,887 yards with 15 touchdowns and 11 interceptions, while completing 60.7% of his passes in 12 starts over two seasons at USC.

Daniels has three years of eligibility remaining and is eligible to play this coming season after receiving an NCAA waiver.

Newman, 6-foot-4 and 230 pounds, started 16 games for the Demon Deacons the previous two seasons. He will have one year of eligibility remaining.

Newman completed 60.9% of his attempts for 2,868 yards with 26 touchdowns and 11 interceptions. He added 574 rushing yards with six more scores. He ranked second in the ACC in total offense with 286.8 yards per game and fifth in passing with 252.7 yards per game.

Smart said sophomore receiver Dominick Blaylock, who is recovering from a torn ACL he suffered in Georgia’s 37-10 loss to LSU in the SEC championship game, also will be limited at the start of camp, as will defensive back DJ Daniel (ankle), linebacker Rian Davis (knee), receiver Arian Smith (knee and wrist) and defensive back Kelee Ringo (shoulder).