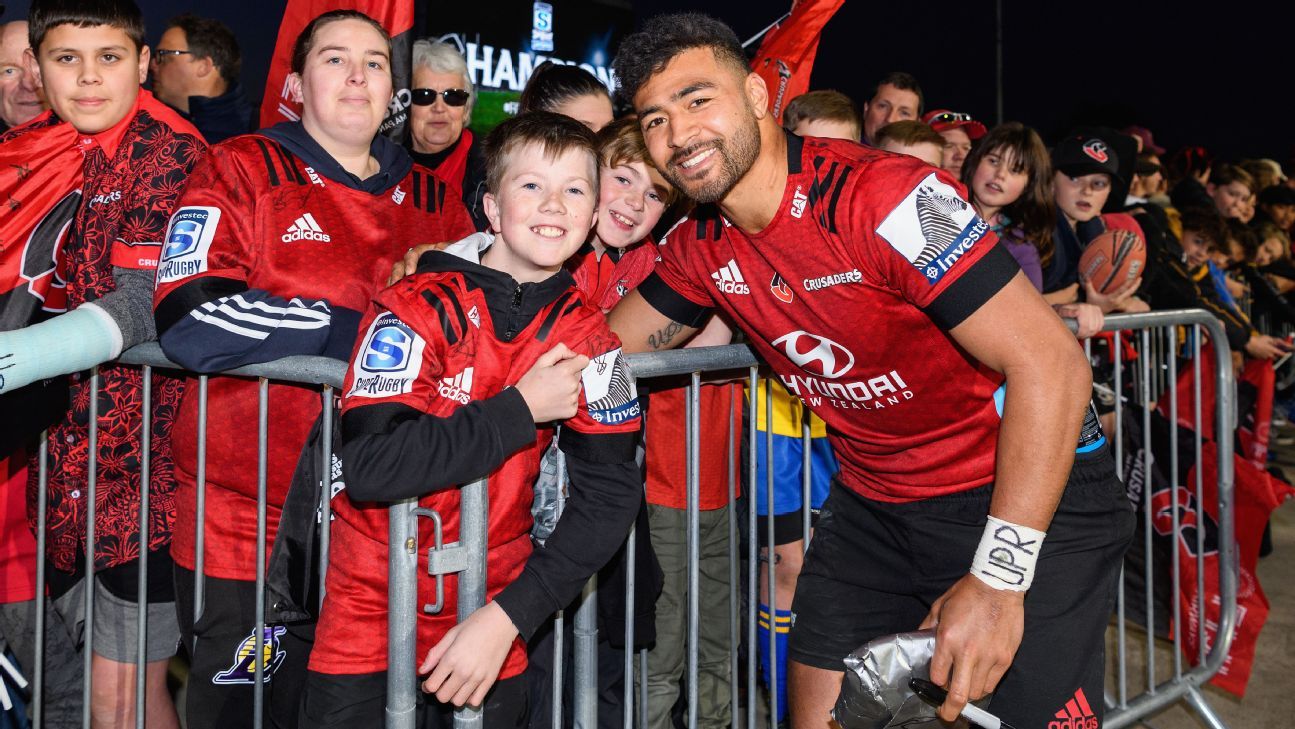 In troubling times of lockdowns, social distancing and financial hardship sport can provide an outlet; a chance to free the mind from life’s realities and to simply feel alive, somewhat normal, again.

Super Rugby Aotearoa, as the world first in its code to resume amid the COVID-19 global pandemic, offered that outlet. Over the past 10 weeks, through 19 matches, the swarm of interest and appreciation snowballed to near avalanche – all the while providing a welcome escape.

How cruel it is, then, that in a sporting context we were robbed of the chance to celebrate the fitting finale between the Blues and Crusaders at a sold-out Eden Park. The Crusaders claiming the title the previous week did nothing to damper anticipation for that fixture, one which pitted the competition’s two top placed sides.

Since Bryn Gatland sunk his father’s Chiefs side in the opening match in Dunedin – and set in sequence the Hamilton-based franchise’s grim winless run – with a last-minute dropped kick on June 13, the New Zealand derby league helped lift the COVID-19 gloom.

There’s been no shortage of distractions. From Beauden Barrett’s switch to the Blues to Richie Mo’unga’s majestic control; Ofa Tu’ungafasi’s concrete shoulders, Aaron Smith’s sparkling touch, Caleb Clarke’s strength and aerial ability and Dane Coles’ love of a meat pie, Super Rugby Aotearoa had it all.

Even the frequent and frustrating refereeing blunders added to the drama – for everyone but the Chiefs, that is.

The great shame, from a fan perspective, is this competition is unlikely to ever be the same.

Super Rugby Aotearoa was only ever designed to be a one-off – a necessity to keep New Zealand’s five franchises afloat as border restrictions rapidly altered the landscape.

Last week Blues chief executive Andrew Hore admitted his franchise was headed for insolvency by July had restrictions, such as those that remain in place for the NRL, prevented crowds attending New Zealand’s largest rugby venue.

As fate would have it fans throughout the country flocked to the best domestic rugby competition the world has seen – until the final weekend when they were again locked out.

Across their four scheduled home games the Blues sold 150,000 tickets, averaging 37,000, which is around double last year’s average attendance. Broadcast and social media figures for all teams also exploded.

Having savoured the competitive, captivating contests, New Zealanders now want more of the same. How could they not?

Behind the scenes, though, players paid a heavy price.

The rivalries, collisions, pure pace of play led to injury lists each week comparable to hospital wards. Leading figures were often managed throughout training weeks just to get through to game day.

Others such as rampaging Hurricanes second-five Ngani Laumape, Crusaders captain Scott Barrett and fullback David Havili, breakout Blues No. 8 Hoskins Sotutu along with half the Chiefs tight five did not make the finish line.

While New Zealand’s coaches and players thrived on the challenge of clashing with their mates in virtual All Blacks trials, they know replicating the same format next year is not sustainable. Even the most highly tuned athletes will be left broken without the addition of more byes and additional teams.

The difficulties facing New Zealand Rugby, as it attempts to construct an eight-to-10 team competition next year, come on multiple fronts.

Firstly, NZR and Rugby Australia are poles apart in their views for the immediate future. While both are keen to eventually establish a regional cross-over playoff tournament involving leading teams from Japan, South Africa and Argentina that would take place after a proposed trans-Tasman competition, reaching an agreement on the number of Australian sides is much more fraught.

In announcing plans for next year and requesting expressions of interest, NZR made it clear they believe including all five Australian teams will devalue the strength of the competition.

No objective observer could argue otherwise, but Australia has every right to fight their corner.

Plans to welcome a Pacific team are also complex. NZR has received four proposals, which includes the Asia Pacific Dragons for 2022 and Kanaloa Hawai’i for next year. But with only one spot available for a Pacific team, NZR has instead asked bidders to collaborate. On this front lessons must be learned from the Sunwolves and the glaring risks associated with rushing a new professional entity.

New Zealand’s latest COVID-19 outbreak, which plunged Auckland back into Alert Level 3 until at least August 26, further complicates the trans-Tasman prospect – as does the Melbourne lockdown and border separation between New South Wales, Queensland and ACT.

With Rugby Australia attempting to impose a September 4 deadline for decisions on future formats, the most likely scenario at this juncture seems both nations pushing ahead with their own domestic visions.

“We’ve been in a border restriction place for almost five months now. Another five months takes you through to deep preseason next year… you have to start thinking about possibilities,” Lendrum said hours after the New Zealand Government extended Level 3 measures in Auckland for another 12 days.

“Our strong desire is to have some form of cross-border regional competition operating in 2021 but COVID is always a hurdle and the last 72 hours have demonstrated again what a challenge that is for everyone here with no end in sight.

If NZR is forced to plough on with a tweaked version of Super Rugby Aotearoa, Lendrum issued a firm vote of confidence in the New Zealand competition.

“I’ve got no doubt this competition is viable. What we’ve seen over the past 10 weeks shows that. The crowd and broadcast interest and engagement it’s been enormous so I’m totally comfortable if we end up playing it again – it’s just not our preference.

“If we have to stand it up again it will be fantastic again.”

No solution should ultimately be expected to match the 10-week treat Super Rugby Aotearoa delivered. And so for now, it’s best to sit back and appreciate what we had now it’s gone.