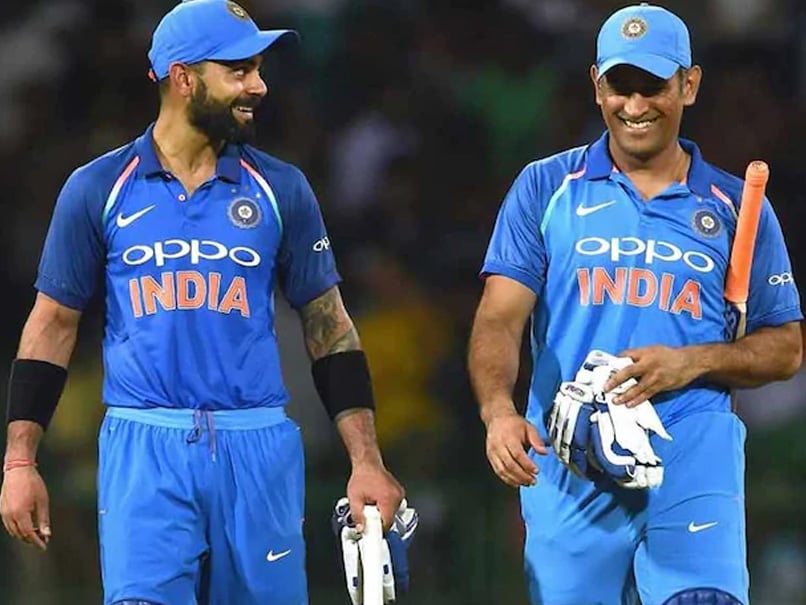 The camaraderie between current India captain Virat Kohli and former skipper MS Dhoni had been apparent even when the latter was part of the Indian team. Now that Dhoni is officially retired, Kohli’s tributes and accolades for a man who he says “will always be my captain” have poured in with chunks of nostalgia from matches the two have played together. On Sunday, Kohli posted clips from two of his memorable partnerships with Dhoni in ICC T20 World Cups. The first clip was a recollection of the final few moments of India’s semi-final clash against South Africa in the 2014 edition while the second was from a knockout clash against Australia in the 2016 tournament. India won both the games and Kohli reflected on how gestures from his captain Dhoni defined the relationship they shared.

Thank you for these moments skip.

I couldn’t explain the mutual trust, respect and understanding we share better than these two videos I’m posting here today.

The first one explains perfectly well who he is , selfless in the most intense moments…. pic.twitter.com/DYWvJ9ojOv

“Thank you for these moments skip,” Kohli wrote in a tweet.

“I couldn’t explain the mutual trust, respect and understanding we share better than these two videos I’m posting here today. The first one explains perfectly well who he is, selfless in the most intense moments.”

By the 19th over in the semi-final against South Africa in Dhaka India needed one run off seven deliveries to win. Dhoni chose to play out the last ball of the over so that Kohli, who had batted quite brilliantly for 68, could hit the winning runs.

Kohli smashed the first ball of the final over for four as India reached their target of 173 with five balls to spare. Kohli remained unbeaten on 72 and was chosen the Man of the Match.

The second clip is from the clash against Australia in Mohali – remembered for the duo’s 67-run partnership in just 5.1 overs that took India into the semis – shows a brace that they ran off a gentle dab by Dhoni that didn’t even take the ball past the 30-yard circle.

“The second one is about the kind of trust & chemistry we had over the years while batting together,” Kohli wrote. “In this moment I was only focused on his call & I knew we both would be able to make those 2 runs because of the trust we shared in one another. He called & I put my head down and ran!”

As they completed a two Michael Slater, who was commentating on the game, remarked in astonishment: “You can’t run a two there!”

“Mutual respect and understanding isn’t a thing of chance, it develops naturally when 2 individuals are aligned & have the same vision and for us, that vision was always to make India win! Thank you for the memories skip,” Kohli signed off.