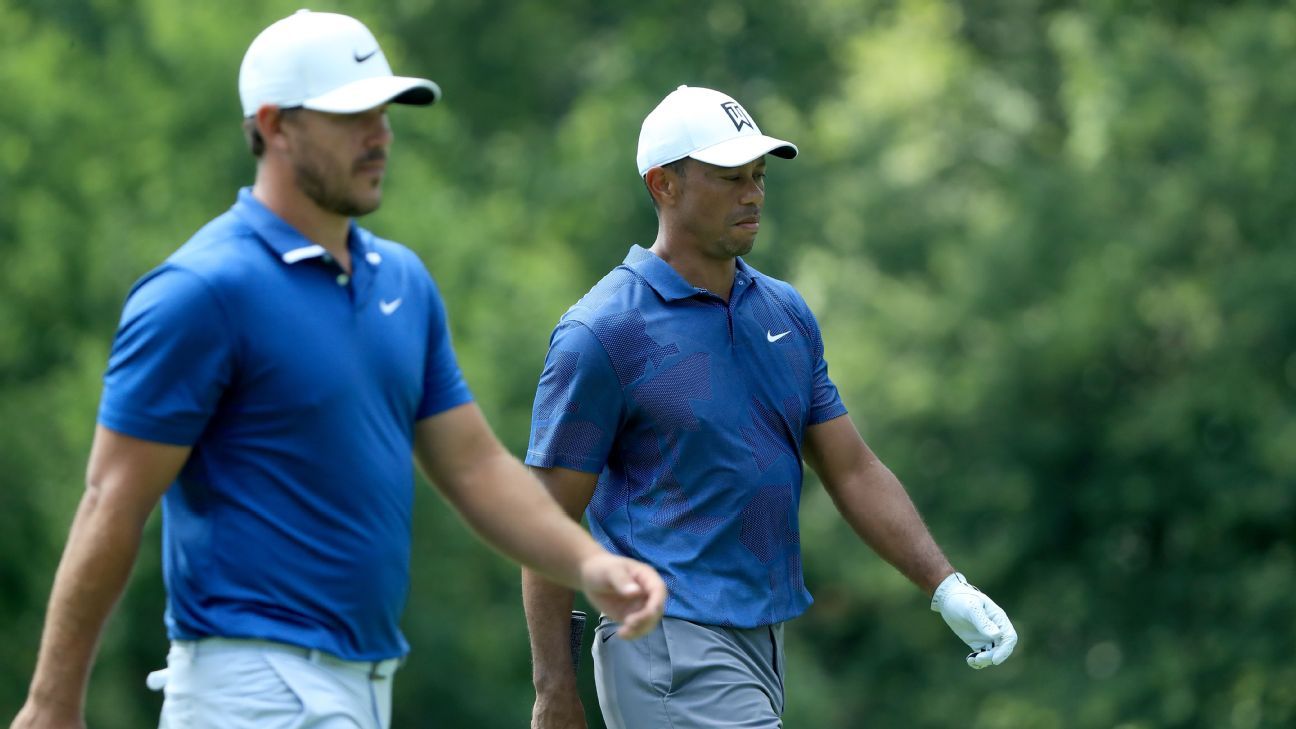 Even in a pandemic-plagued year, with the PGA Tour missing 13 weeks of action and having to reconfigure its schedule, the FedEx Cup playoffs are to begin Thursday — only a week later than originally scheduled — with a slight tweak in format but the same big-money purses and ultimate $15 million payoff at the end of the Tour Championship in less than three weeks.

Now in its 14th year, the FedEx Cup season-long points race concludes with three playoff events that begin Thursday at the Northern Trust at TPC Boston in Norton, Massachusetts.

See the full field of 125 players in the playoffs

A new format was put in place in 2019 that saw the number of playoff events shrink from four to three and — in the biggest, controversial change — the Tour Championship having a strokes-based format that crowns the FedEx Cup champion.

Here is a reminder of how the FedEx Cup playoffs work:

The playoffs begin at the Northern Trust, which is alternating venues between the New York area and the TPC Boston, where the event is being staged this week. The BMW Championship follows next week at Olympia Fields Country Club (outside of Chicago), home of the 2004 U.S. Open (won by Jim Furyk) and a five-time venue to the tournament when it was known as the Western Open.

The last playoff tournament is at East Lake in Atlanta, the home of the Tour Championship since the FedEx inception in 2007.

These events are each a week later than originally scheduled, as the PGA Tour accommodated the PGA Championship with an early August date, and then moved these events. The Tour Championship ends on Sept. 7, Labor Day.

The winner will receive 1,500 points instead of 2,000, with the various point totals reflected downward. At regular-season events, the winner receives 500 points, with 550 to the winners of the World Golf Championships events and 600 to the majors. Of course, there was only one major played this season, the PGA Championship won by Collin Morikawa.

Justin Thomas finished first, followed by Morikawa. Even with reduced points, there is plenty of opportunity for there to be volatility. A player as low as 19th could conceivably take over the top spot with a victory at the Northern Trust, which has a 36-hole cut to the top 65 and ties.

The top 125 in FedEx Cup points through the Wyndham Championship qualified for the Northern Trust. Due to the pandemic, nobody who finished outside of the top 125 will lose their playing status for the 2020-21 season — which begins the week following the Tour Championship. But they do lose out on an opportunity to play as many as three more events. The first two playoff events offer $9.5 million purses, while the Tour Championship has $45 million of the total $60 million FedEx bonus pool at stake.

The top 70 players following the Northern Trust advance to the BMW, where there is no cut. And then the top 30 following the BMW make it to the Tour Championship, where the winner receives $15 million.

Brooks Koepka stands out as the most high-profile player with work to do. After missing the cut at the Wyndham Championship, the four-time major winner is 97th in points and will need to earn at least a top-25 finish — depending on what others do — to advance to the BMW. It probably means Koepka needs something closer to 15th. Jordan Spieth sits at 100th and Louis Oosthuizen is 98th.

Tiger Woods had hoped to have played well enough to have secured a spot in the Tour Championship by now. Instead, he’ll have a fight to get to Atlanta — and then has the prospect of playing three straight events and four out of five including the U.S. Open next month.

Woods was in great shape when he won the Zozo Championship in October, a victory worth 500 points. But he has earned only 104 points in four starts since and stands 49th in FedEx points. It is unlikely he could be passed to miss out on the BMW Championship. A top-10 finish at TPC Boston puts him on the cusp of the top 30, but how others fare will impact that. Of course a victory — and 1,500 points — takes care of everything. He’d be well inside the top 10 and could skip the BMW if he chooses.

When the pandemic shutdown began, Woods was 28th in the FedEx standings .His lack of play coupled with lackluster results in the two events he had shown up for have left him scrambling.

Then again, does Woods even really want to make it to Atlanta? It’s a fair question, given his physical limitations and the strain three straight weeks could do to him. It’s possible he might be content to play the next two weeks, giving him the reps he’d like to have with the U.S. Open looming. But Woods would also love to return to East Lake and the site of his 80th PGA Tour victory, although winning the tournament now is a different deal than it was two years ago given the format change to the tournament.

The first two playoff events have purses of $9.5 million, with $1.665 million going to the winner. There is also a $60 million bonus pool at stake, with $45 million of that paid out at the Tour Championship. The remaining $15 million is paid to those finishing from 31st to 150th in the final points standings.

That is certainly a possible scenario, and it is one the tour decided to go with to reward players for getting to East Lake with the most points. The leader in points through the BMW Championship starts the Tour Championship at 10 under. It’s a strokes-based tournament that gives an assigned value under par to those based on their place in points.

If it sounds confusing, it really isn’t. Think of the Tour Championship as a continuation of another event where the leader is 10 under and the others fall in line from there.

Yes, it’s a bit hokey. And not a true determiner of a 72-hole champion for the week — unless the overall champ also shoots the lowest 72-hole score, which McIlroy did last year, including a final-round 66.

But the benefit is everyone knows where they stand. They don’t have to worry about points permutations – which were impossible to follow for the players — and can simply look at a scoreboard.

The winner is credited with a PGA Tour victory, but World Ranking points are based on 72-hole scores.

When it’s over, the 2020 FedEx Cup champion will be crowned. But there will be little time to celebrate. The U.S. Open begins two weeks later at Winged Foot.