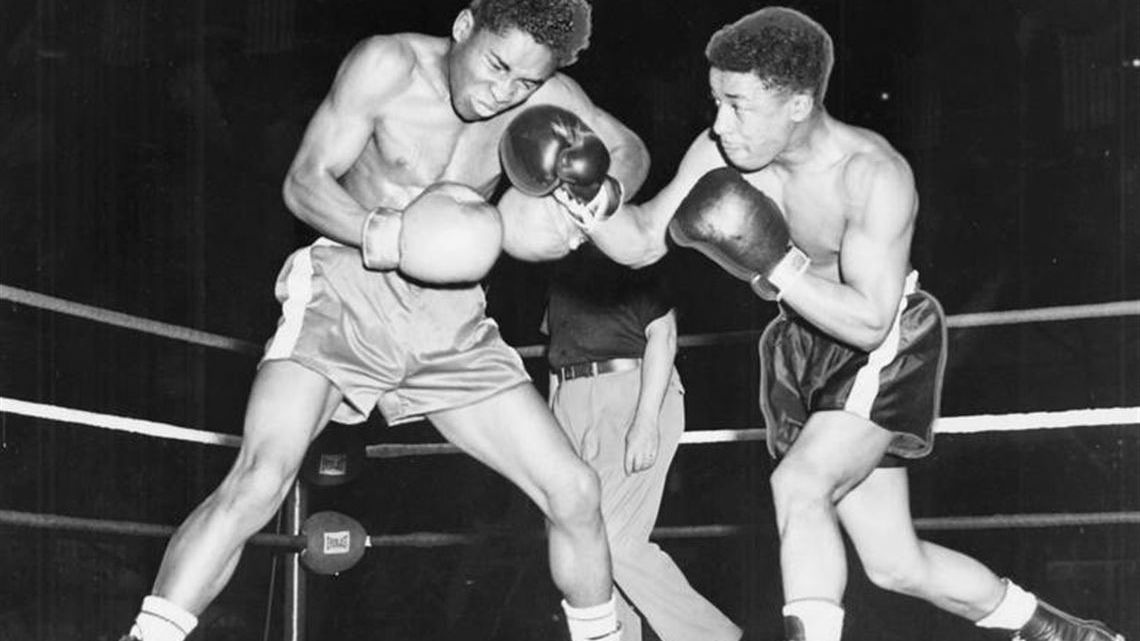 Celia Williamson told ESPN Saturday she has seen thousands of diplomas, but none quite like the one she picked up Friday on behalf of her late father, Carmen.

“It represents generations coming together in one moment, people who have struggled even before my father and his family before him, it’s about tenacity and determination of people,” said Williamson, a professor of social work and the director of the Human Trafficking and Social Justice Institute at the University of Toledo.

Carmen Williamson, a boxing trailblazer, died April 8 of COVID-19 complications, weeks short of turning 95 and of completing his work toward a degree in liberal studies from UT.

His daughter said the university’s board of trustees quickly and unanimously approved the family’s request this spring for the posthumous recognition. Imprinted with the date May 8, 2020, the bachelor of arts certificate signifies nearly 20 years of coursework for Carmen, a nearly lifelong resident of Toledo.

“He was a fighter and a winner,” Celia said Saturday, adding that she wanted to share the moment of this crowning accomplishment with her three sisters and the world.

“He told everyone he was getting a degree, and he would’ve been beaming with pride, as he always had education on his mind,” she said, recounting how Carmen dropped out of high school to help out his mother, earned a GED in his 50s, took up computers and always wanted to do something exciting and new.

Carmen stood about 5-foot-2 and was a top amateur flyweight of the 1940s and ’50s, with a 250-14 record and five straight state titles. He told the Toledo Blade in 2007 that he never turned professional because he had a job and was making pretty good money.

“I weighed only 112 pounds and that was not the weight you could make money. The little men had no drawing power.”

In 1984 he became boxing’s first African-American referee and judge for the Olympics and was presented with an honorary gold medal. He wasn’t a household name, but his trove of photos features him with such luminaries as Muhammad Ali, Howard Cosell, Sugar Ray Leonard and Evander Holyfield.

In addition to having a long career as a fighter, ref and judge, Carmen traveled worldwide to teach boxing in the 1980s, using a training program he had developed. His journeys took him to war-torn Sierra Leone and other places white trainers typically didn’t go.

“He taught young men the importance of rest, nutrition and studies; self-discipline; sportsmanship and a sense of purpose,” Celia said.

Carmen’s own start in boxing, she said, came as a preteen, for self-defense against bullying in Toledo’s rough north end. Then he tried to enlist in the military at age 17 and was told he had to be 18. Never having had a birth certificate — not uncommon for impoverished African Americans, said Celia — Carmen obtained one after giving his age as eight months older than he really was, so he could serve his country.

His service was in the Navy and then he worked as a civilian at the Army’s automotive tank division in Warren, Michigan, where he missed just two days of work in 42 years. He wore a white shirt and a tie and was unfailingly early and expert, but every time Carmen sought a pay increase of any significance, said Celia, “his bosses asked, ‘How would it look?’ if they gave him raises his white co-workers didn’t get.”

She said he and her mother persevered, managed to save money and tried to buy a house in a middle-class area — but were kept out by redlining. The Williamsons purchased a home in a low-income neighborhood and gradually bought and rented out other houses around them, waiving deposits, charging below-market rates and providing furnishings large and small.

“We were an intact family and helped out others,” Celia said. “The only things holding us back were racist practices, they were the reason we couldn’t get anywhere else.”

Just as he loved teaching, Carmen relished learning, recalled Celia, so as a retiree in his mid-70s he started to take college classes and invariably arrived early and sat in the front row. In his final semester, before he became ill, he had the degree in his sights and was taking a heavy load of three courses.

“My dad never dropped his fists in boxing, never failed his family and we could not let him fail to follow through on getting his degree,” Celia posted online in June, after it was clear that UT would be awarding it.

“It excited him to see what he could accomplish next, and if he had finished his degree, he would’ve begun work on his next goal,” she said. “Some people walk around saying, ‘I don’t know what to do in life,’ but my dad always thought the possibilities were endless — and I’m the same way.”

Soon after Carmen’s death, it was a bittersweet season of virtual graduations at UT and other universities. Now many students are returning and UT’s fall semester is to begin on Monday.

Celia said Carmen’s accomplishment should send a familiar message to students, to African Americans and to everyone. “It’s that education can’t be taken away from you and you must walk the walk — don’t just say it, do it; don’t talk about it, be about it.”

Commitment was a mantra for Carmen and he said in that 2007 interview that he’d been exercising all his life and quit smoking and drinking cold turkey following a breathing problem after a fight. His daughter said that although he was a diabetic, the nonagenarian had never been hospitalized until contracting the coronavirus.

The last time Celia saw Carmen was in early March when the Toledo City Council honored both of them following Black History Month.

He didn’t live to witness the historic demonstrations set in motion by the killing of George Floyd, but there is no doubt how he would have reacted, according to Celia.

“As a Black man born in 1925,” she said, “he would have been so, so thrilled to see people of all walks of life — not only in the U.S., but around the world — marching and showing an outpouring of love for Black men, and all of the companies that have come out to say that Black lives matter.

“I think that would have been awesome for him to see.”