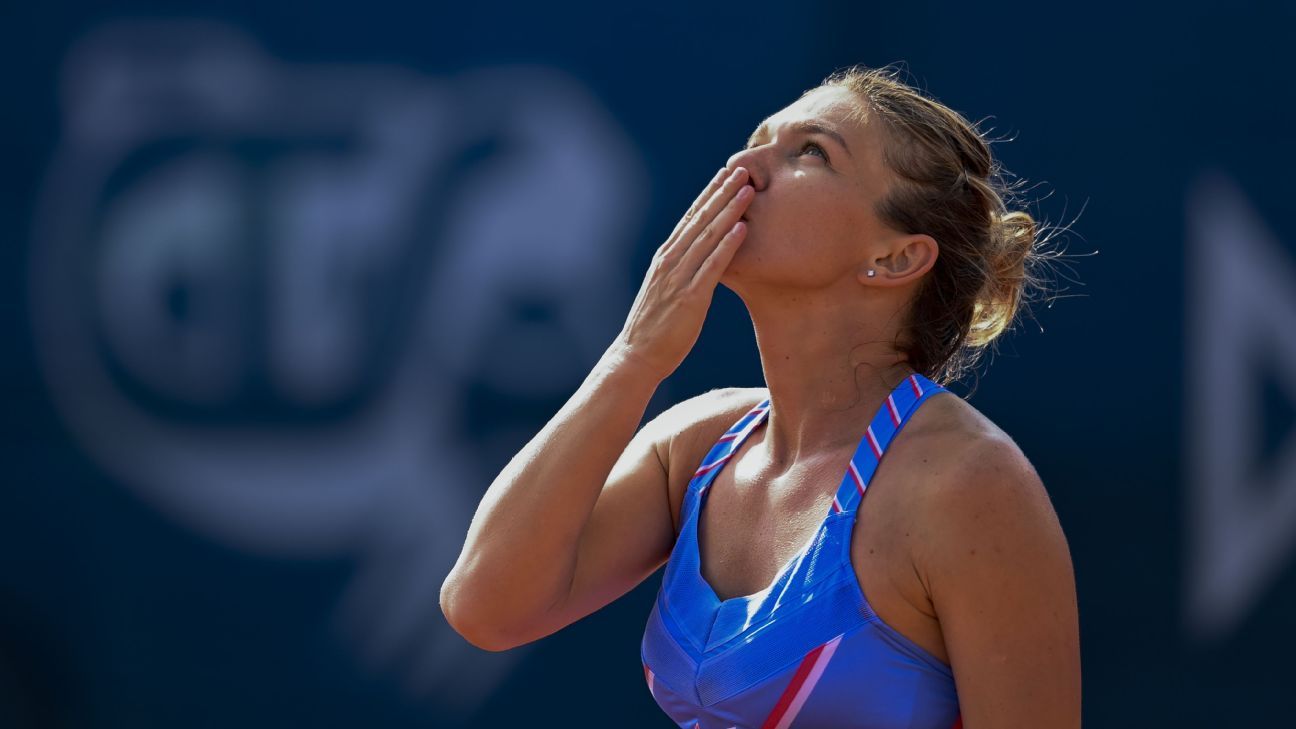 The Romanian world No. 2, playing her first event since winning in Dubai in February, won 6-2, 7-5.

Halep had struggled to shake off the rust throughout the week and came close to a first-round defeat by Polona Hercog before just getting past Barbora Krejcikova and compatriot Irina-Camelia Begu.

However, she found her groove against Mertens.

Mertens blazed into a 2-0 lead with a flurry of winners, but Halep responded by reeling off seven successive games to take control.

Halep did not have things all her own way though and was broken back early in the second set as Mertens again went on the attack. A wobbly service game allowed Halep to move a break ahead again in the fifth game, alhough Mertens retaliated again to level the second set at 4-4.

Halep broke to lead 6-5 though and finished it off with a heavy forehand.