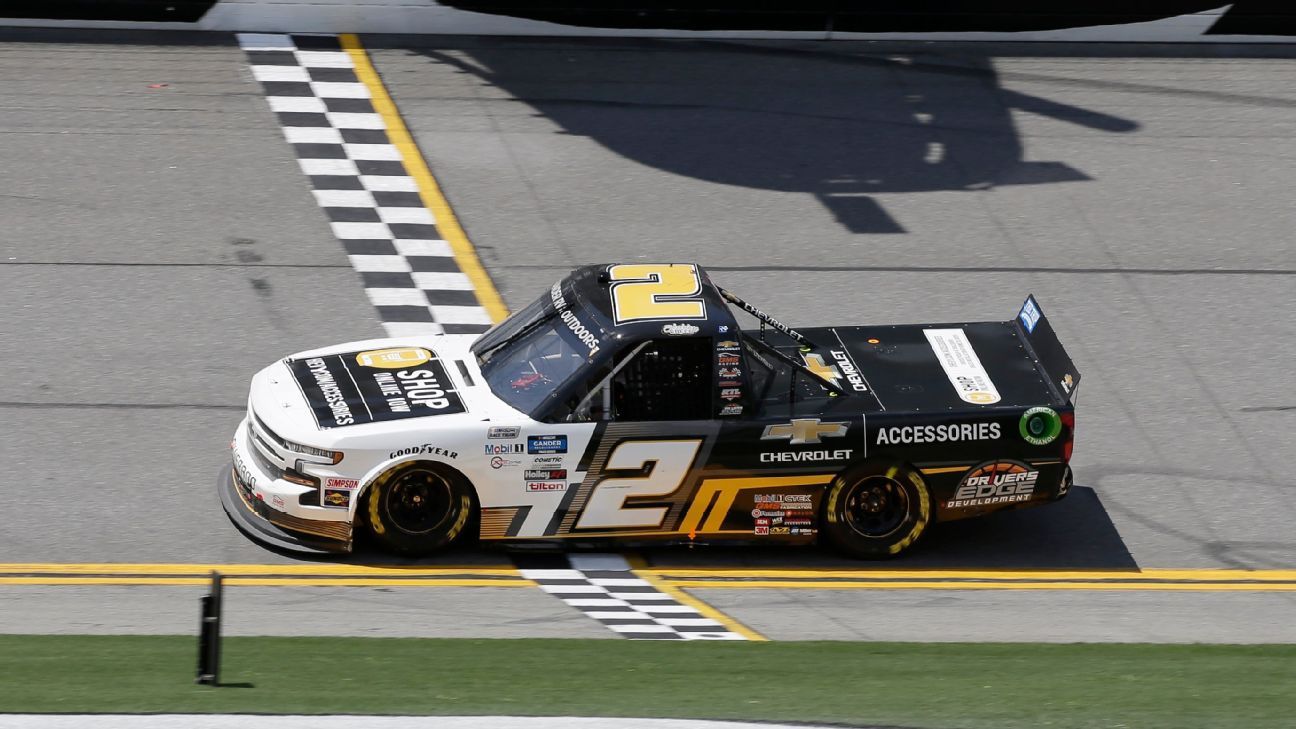 “Brett Moffitt kills me at iRacing,” Creed said of his GMS Racing teammate.

It was Creed’s second victory of the season — both coming in the last five weeks. This one helped Creed bounce back from consecutive poor showings, a 26th-place finish in Kansas and a 30th in Michigan.

The 22-year-old Creed passed 44-year-old veteran Matt Crafton with 10 laps remaining, out-braking him as they entered the “bus stop” on the backstretch. Creed looked like he would cruise from there, but two late cautions forced him to work for the win.

Moffitt got to his rear bumper several times over the final two laps, but Creed managed to stay in front of his teammate at every turn.

“I thought he was going to hit me harder at a couple of points, but Brett is a really good racer and raced me clean,” Creed said.

The victory gave Creed extra bonus points for the playoffs and some extra cash in his pocket. He claimed the first leg of the three-part Triple Truck Challenge and earned a $50,000 bonus. The challenge continues at Dover International Speedway next weekend and then Aug. 30 at World Wide Technology Raceway in Gateway. Should any driver win two of these races, he would earn a $150,000 paycheck. Should Creed win all three, the bonus would be $500,000.

With the exception of road course expert and former IndyCar driver Alex Tagliani, most of the drivers in the 39-truck field entered the day with little or no experience on the 14-turn, 3.61-mile Daytona layout. Because of the coronavirus pandemic, NASCAR didn’t allow any practice or qualifying runs. Simulators were packed this week, with drivers from all three national series vying for seat time.

But it was good enough for Creed to notch his second trucks victory in 41 career starts.

NASCAR’s double-header at Daytona continues with the Cup Series race on the road course later Sunday.