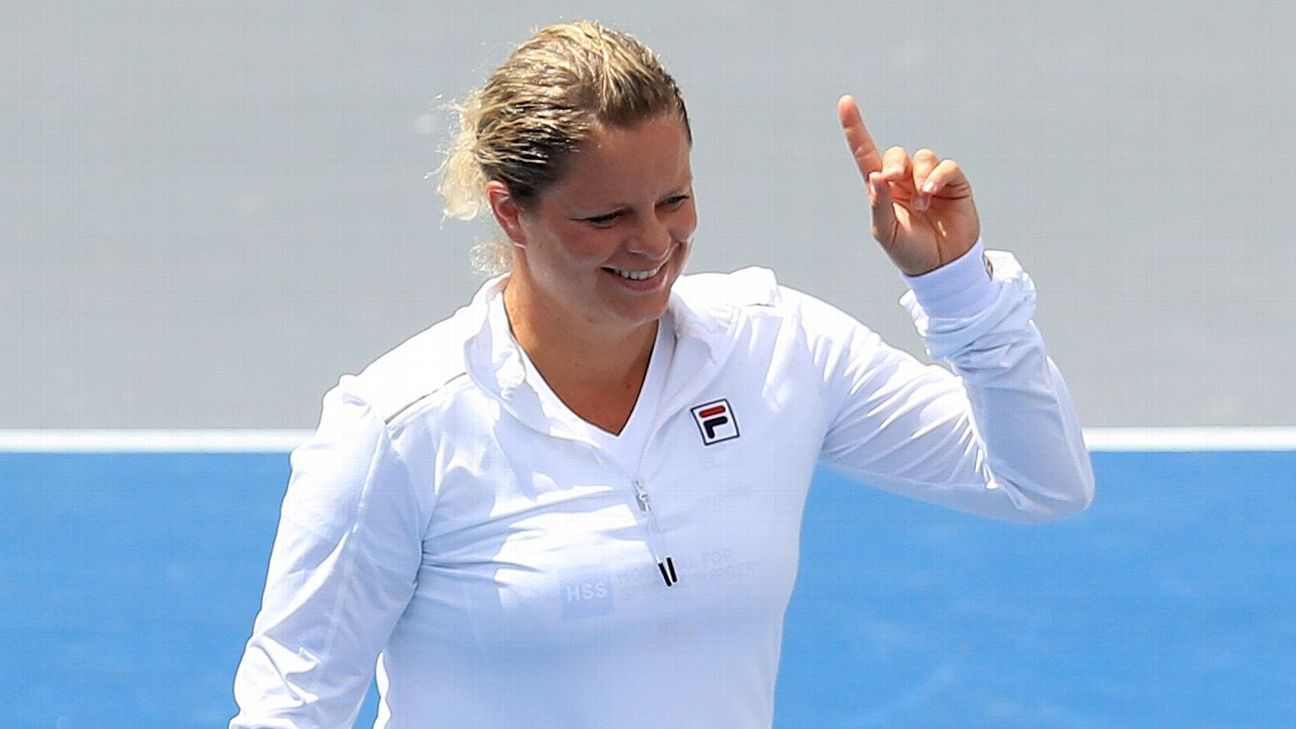 Kim Clijsters will be striving to create a record at the US Open by becoming the only player to win the American Grand Slam as a wild card in two different years.

A four-time Grand Slam singles champion, Clijsters leads the parade of US Open wild cards announced on Thursday by the USTA. Currently unranked due to inactivity (Clijsters came out of retirement for the second time in her career in February), Clijsters will be joined by seven women from the U.S., including Cici Bellis and Caroline Dolehide.

On the men’s side, the US had a clean sweep of all eight wild cards. Among them: JJ Wolf, the highest-ranking men’s wild card (No. 144) veteran Michael Mmoh, and promising prospects Sebastian Korda and Brandon Nakashima. Five of the wild cards are bunched together between Wolf and No. 195 Mitchell Krueger.

Krueger was awarded his wild card in lieu of the other former US Open champion who was in line for one, Andy Murray. The three-time Grand Slam winner and former ATP No. 1, Murray qualified for direct entry just days ago, after a number of men withdrew from the draw.

Clijsters first retired from tennis in 2007 at the age of 23, burned out by the demands of the profession and the desire to have children. Two years later, she returned to the sport a mother and won the US Open as a wild-card entry. In 2011 she became the first mother to earn the No. 1 ranking, and joined all-time Grand Slam singles champion Margaret Court as the only mothers to have won three Grand Slam titles. Clijsters is the same age as Serena Williams (37), who will also be vying for the title in New York.

Among the young wild cards, Bellis created a sensation at the US Open as a wild card at the 2014 US Open. She was 15 at the time, but upset No. 12 seed Dominika Cibulkova in the first round. Her rise was halted in 2017, the last time she played the US Open, by wrist and elbow injuries. She has missed seven of the last eight majors.

Francesca Di Lorenzo is the highest ranked wild card among the women at No. 128.