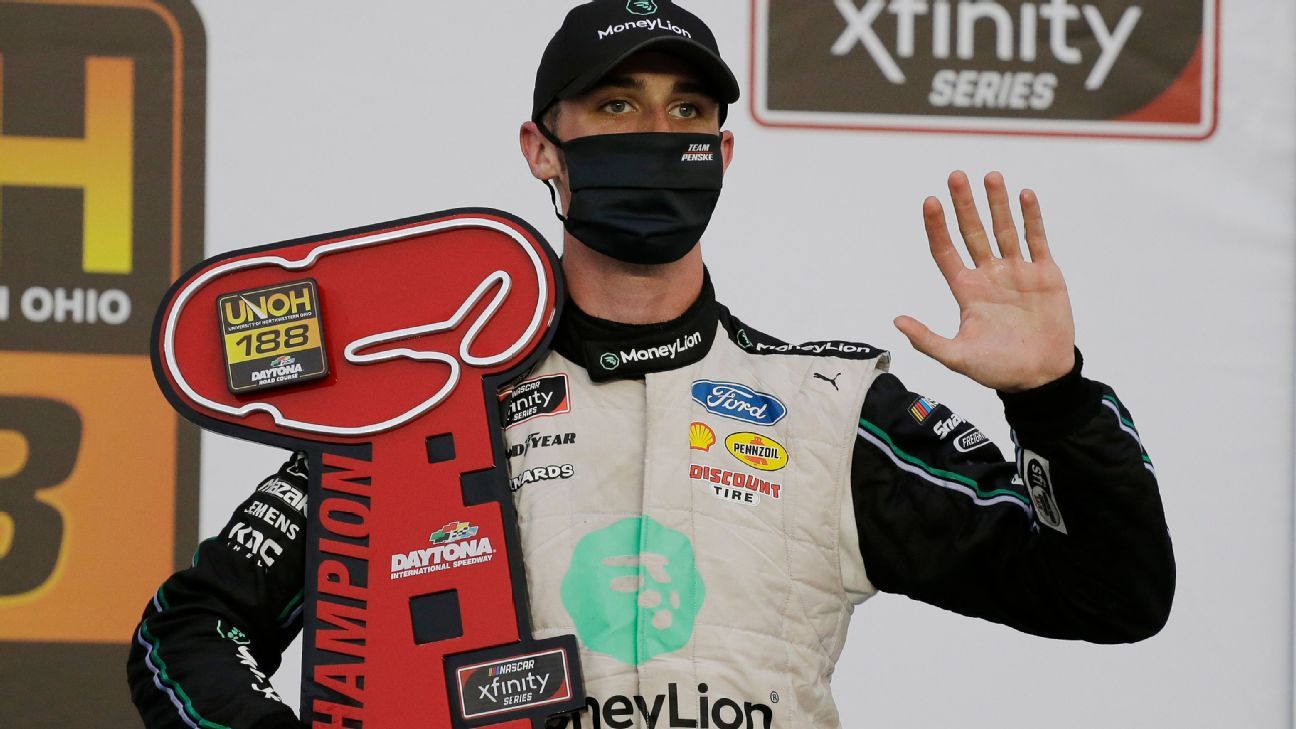 Cindric looked like the guy to beat early and escaped a melee on a restart late to stay in contention. He passed leader Brandon Jones shortly after taking the green flag with five laps to go on the 14-turn, 3.61-mile layout and did what he’s done often lately — celebrate in victory lane.

It was his second win in two weeks on a road course. He won at Road America in Wisconsin last week.

Much like that one, his toughest competition at Daytona was Chase Briscoe and AJ Allmendinger. But Briscoe and Allmendinger sustained damage on another restart with seven to go. They got caught up in a wild and aggressive dive into the first turn. About a dozen drivers hit the brakes late and went off track, taking out Briscoe and doing enough damage to ruin Allmendinger’s chances.

Cindric drove away in the No. 22 for Team Penske after passing Jones. Cindric opened a seven-second lead down the stretch and cruised to his seventh Xfinity Series victory in the last two years — four of them on road courses.

Jones was second, followed by Noah Gragson and Allmendinger.