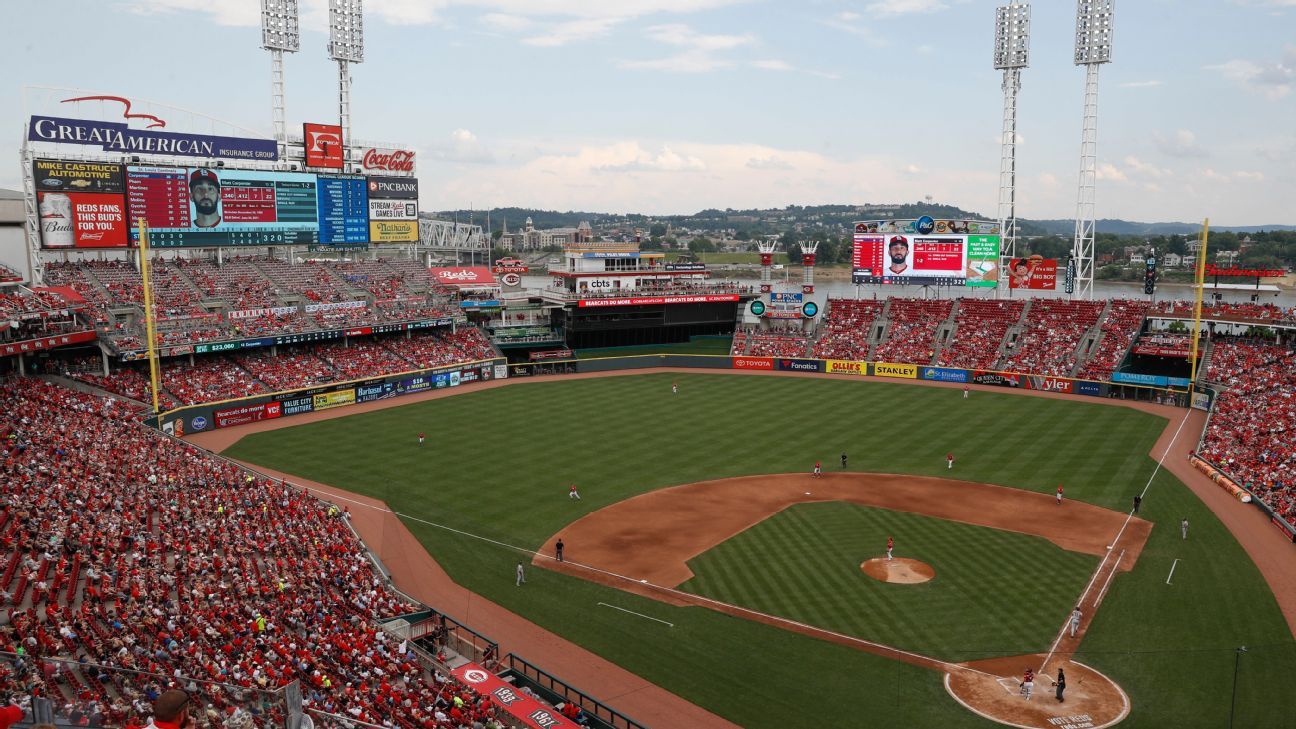 Saturday’s game between the Reds and Pirates has been postponed after a Cincinnati player tested positive for COVID-19 on Friday, a source told ESPN’s Buster Olney.

The teams were informed of the positive test after Friday’s game in CIncinnati. The Athletic first reported that a Reds player had tested positive.

The Reds have started the contact-tracing process to potentially isolate players who came into contact with the infected player. The team is likely to undergo increased testing beyond the standard every-other-day saliva test, and with the incubation period for the virus believed to be between two and 10 days, the postponement of Saturday’s game could extend to Sunday and even beyond, sources said.

The St. Louis Cardinals, who have not played since July 29, are returning to the field against the Chicago White Sox on Saturday.

Outside of St. Louis, Major League Baseball had reported no positive tests in the previous two weeks.