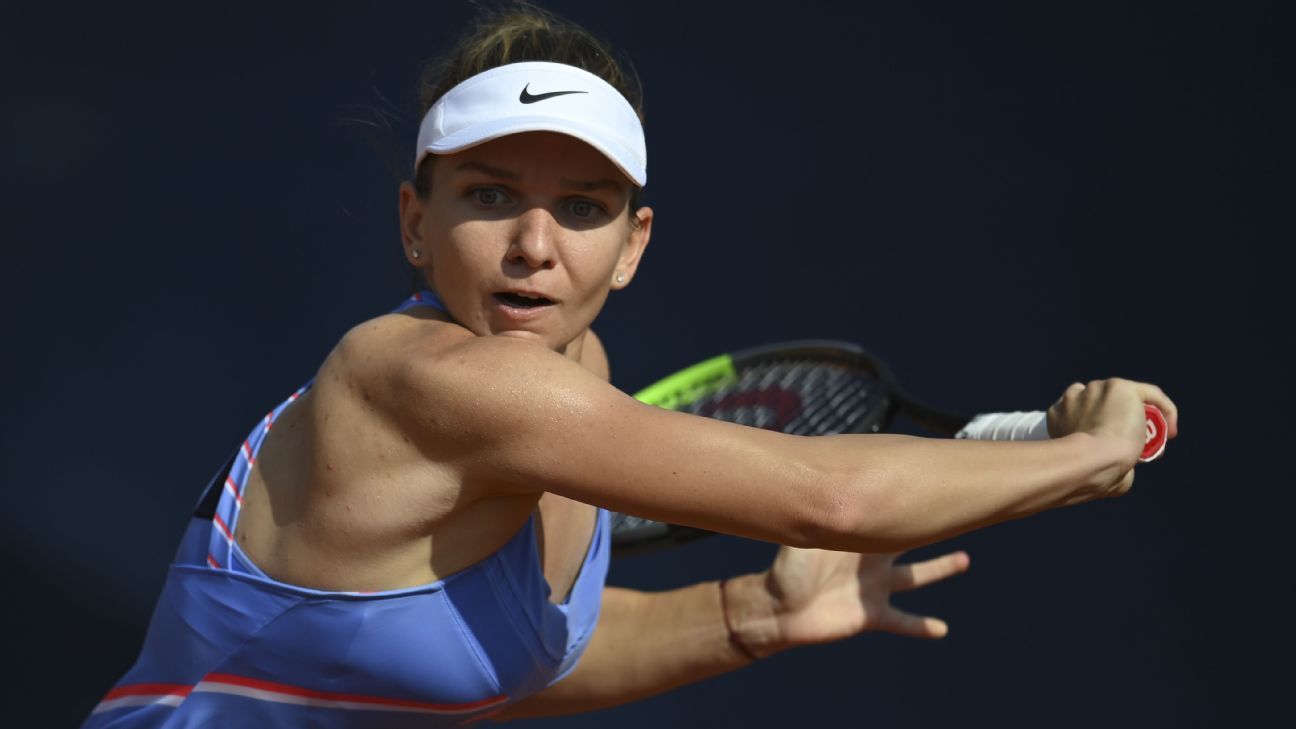 Romanian top seed Simona Halep beat compatriot Irina-Camelia Begu in straight sets in the semifinals of the Prague Open on Saturday to set up a final with third seed Elise Mertens of Belgium.

Halep was broken three times in the first set but managed to win the tiebreak before Begu, who finished her quarterfinal match earlier in the day, ran out of steam as the reigning Wimbledon champion won 7-6(2), 6-3.

Begu’s quarterfinal was suspended on Friday when she was leading Spain’s Sara Sorribes Tormo 6-2, 0-1 and the match went the distance on Saturday with the Romanian winning 6-2, 4-6, 6-2 after a total of two hours and 40 minutes.

Begu had spent more than seven hours on court at the tournament and the fatigue was starting to show with the 29-year-old taking a medical time out in the opening set which allowed Halep to refocus.

“I didn’t play my best tennis but she was also tired… it was a good match,” Halep said. “I’m really happy that I could win it. It’s always tough to play against her, she’s a great player.

Earlier in the day, Mertens got the better of Kristyna Pliskova to win 7-5, 7-6(4), saving seven of eight break points to advance.

“It was a really close match, just a couple of points of difference,” Mertens said. “We both served well, so it was difficult to break each other.

“In the end, it was just one break difference in the first set and I think I managed it well at the end. In the second set, we were both winning our serve and although I made a couple of errors in the tiebreak, I stayed mentally tough.”