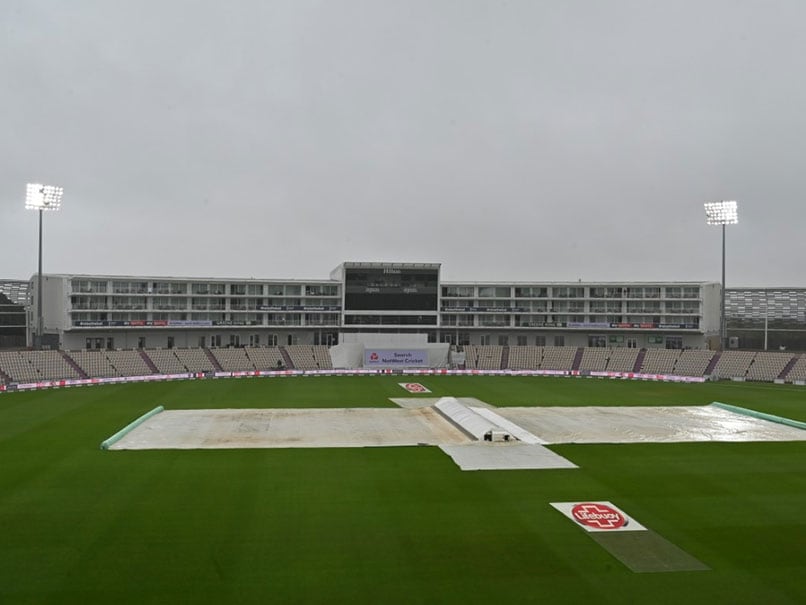 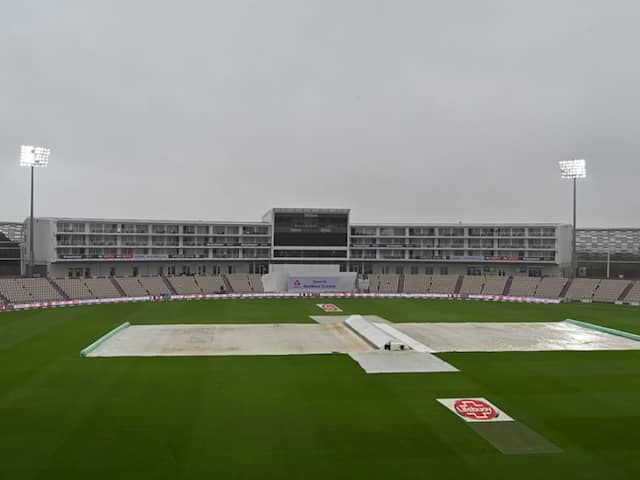 Not a single ball was bowled on Day 3 of the second Test in Southampton.© AFP


Rain meant there was no play at all on the third day of the second Test between England and Pakistan at Southampton on Saturday in a match already plagued by stoppages for bad weather. Play should have resumed at 11:00 am local time (1000 GMT) but light rain meant the pitch and square remained fully covered, with the floodlights then on full beam. Had the players been on the field, play may well have continued given the rain was only of the spitting kind.

But, with no spectators present in a series being played behind closed doors because of the coronavirus, the floodlights were then switched off in a clear indication the umpires had decided there would not be any action before lunch.

The officials held three inspections in the afternoon before, with rain now coming down harder onto Hampshire’s Ageas Bowl headquarters, they abandoned play for the day at 5.16 pm (1616 GMT) without a ball having been bowled.

Pakistan, 1-0 down in a three-match series, will resume Sunday on 223-9 in their first innings.

Mohammad Rizwan batted with huge skill and resolve in overcast, swing-friendly conditions, to be 60 not out at the end of a second day where only 40 overs’ play took place.

In partnership with dogged tailender Mohammad Abbas (two off 20 balls), the wicketkeeper took Pakistan past 200 in a ninth-wicket after they had come together with the tourists struggling at 176-8.

This was Rizwan’s second fifty in eight career Tests following his 95 against Australia in Brisbane in November.

Pakistan were also indebted to opener Abid Ali (60) and Babar Azam (47) for painstaking innings when the conditions were stacked against the batsmen.

Meanwhile in-form paceman Stuart Broad became the first England bowler since off-spinner Graeme Swann 11 years ago to take at least three wickets in seven consecutive Test innings thanks to a return of 3-56 in 25 overs.

Broad has taken 25 wickets in four Test so far this season at a miserly average of 12.88.

Victory in this match will see England secure their first series win over Pakistan since 2010.