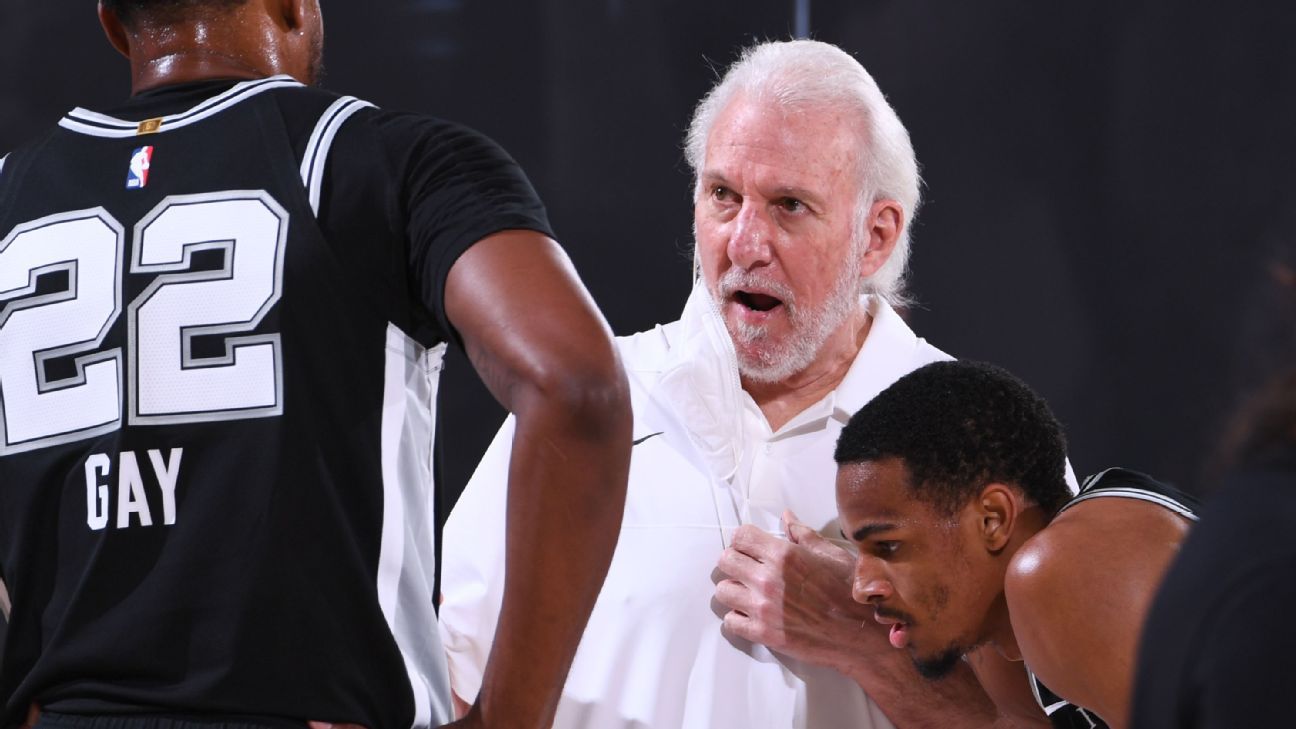 Puff Daddy and Mase topped the Billboard Hot 100 charts with their smash song “Can’t Nobody Hold Me Down” the last time the San Antonio Spurs missed the NBA playoffs.

“It means a lot to a lot of people probably but I don’t dwell on the past,” said legendary Spurs coach Gregg Popovich, who captured five NBA titles during that span. “That stuff’s totally [not] important, what’s important is the moment you do what you’ve got to do then you move on, but looking at the past doesn’t do much good. Any success we’ve had has been because we’ve had some great players.”

The Spurs came into Thursday’s game having won three in a row despite being projected as playoff long shots entering the NBA’s Walt Disney World bubble. Victories by the Memphis Grizzlies and Phoenix Suns ahead of Thursday’s tipoff officially cemented San Antonio’s elimination, but the Spurs managed to stay in contention right until the very end.

“I’m more excited about this than anything you guys are talking about right now, successes or non-successes, because the success for streaks or whatever the hell you’re talking about ended,” Popovich said. “I could care less about that. I’m thrilled at the way they played here.”

He praised the effort of his core of young players after the restart in coming up just short of reaching the play-in round, which starts Saturday and matches the No. 8 team against the No. 9 team.

“They had no shot to get into this thing and basically willed themselves into it to have this opportunity,” he added. “The development of the young kids largely playing the way they did, this is the best we’ve played all year. I’ve really enjoyed it.”

“I can live with the fact if we went out there and it had to come down to us winning or losing and we lost,” he said. “I kind of could accept that a little bit more than watching other teams playing and their starters not really playing and giving the other team a chance to kind of win, so that was extremely frustrating.”

According to Elias, 117 active NBA players were born on or after April 20, 1997 — the final day of the Spurs’ 1996-97 season, when they previously missed the playoffs before this season. That includes players from the eight teams that were not in the bubble, according to ESPN Stats & Information research.

The 22-year run of playoff spots tied the Philadelphia 76ers franchise for the longest in NBA history. The 76ers, starting as the Syracuse Nationals before moving to Philadelphia, went to the playoffs every year from 1950 through 1971.

The Houston Rockets now have the longest active postseason streak at eight seasons.