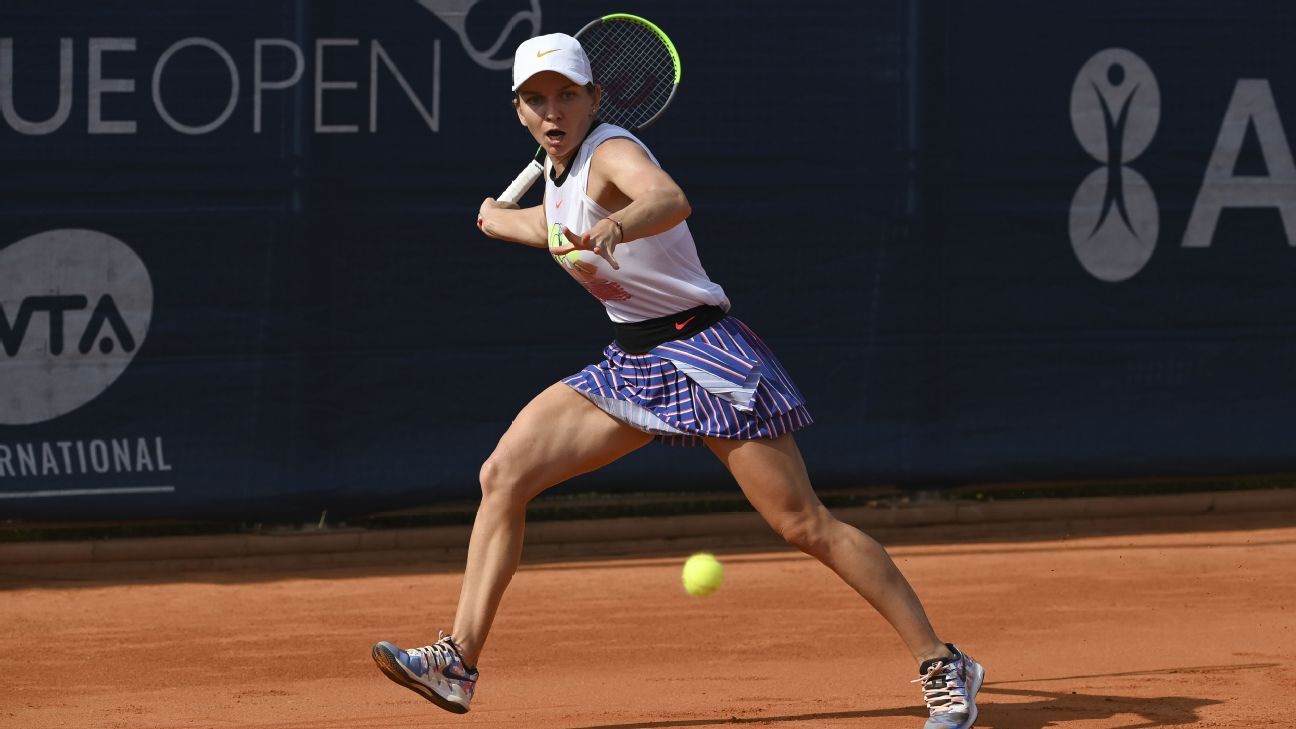 Simona Halep said she was slowly returning to her best form following the coronavirus hiatus as she cruised past Poland’s Magdalena Frech 6-2, 6-0 on Friday to reach the Prague Open semifinals.

World No. 2 Halep made a rusty start to the claycourt tournament and needed three sets to win each of her first two matches against Polona Hercog and Barbora Krejcikova.

But the 28-year-old showed no signs of rust as she dominated the last seven games against 174th-ranked Frech to seal the victory in style.

“I felt better on court today. The fact that she was not hitting very strong meant that I had time to play my game, to be more aggressive,” Halep told reporters.

“I did better than previous days. But those days helped me to find the rhythm and the energy on court. I recovered well… I moved better, was more aggressive… that helped me to finish the points, to get the confidence back.

“Even if I’m not yet at my highest level, I’m improving, which is good. I’m happy about it… I don’t feel insecure on court. I feel that my game is going to be there soon. I just have to work a little bit more.”

Begu had won the opening set of her match against Tormo when rain suspended play.

She next plays Kristyna Pliskova, who advanced after Ana Bogdan retired due to an injury while leading 5-2 in the first set of their quarterfinal.