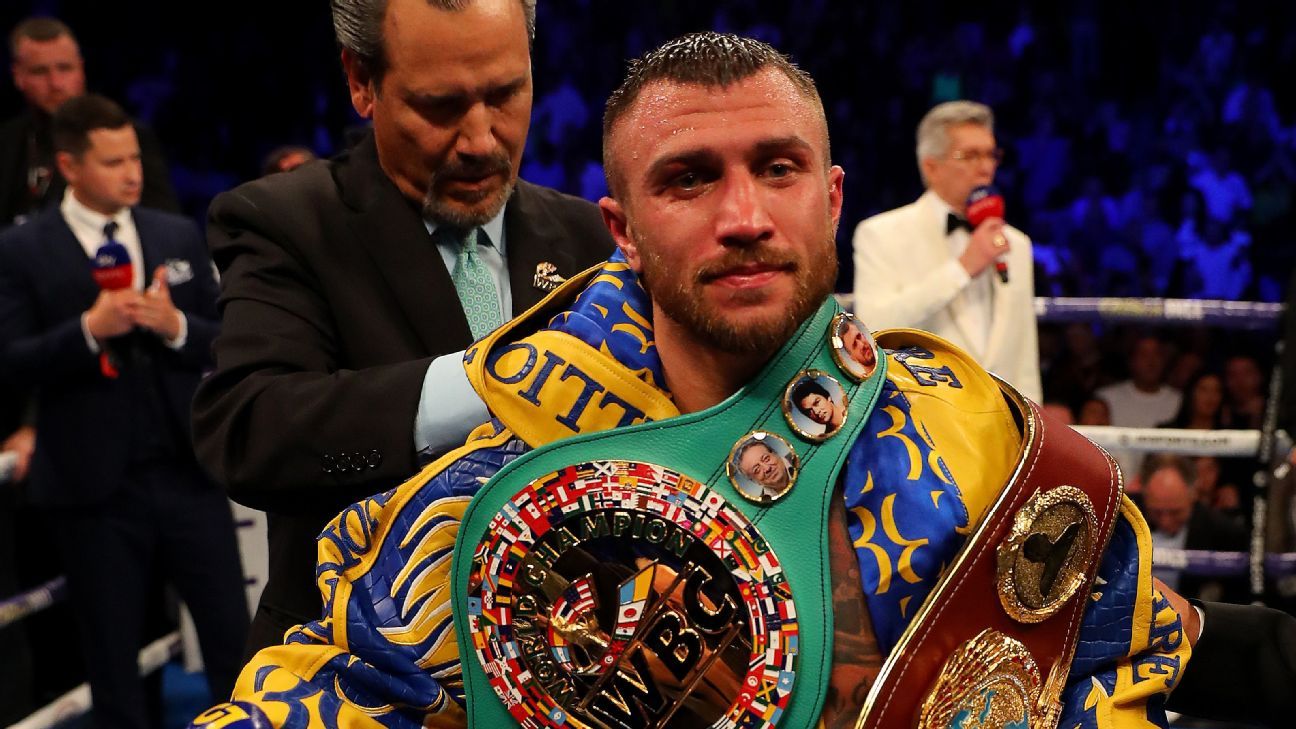 A deal has been reached for a bout between unified lightweight champion Vasiliy Lomachenko and IBF titleholder Teofimo Lopez. The fight is targeted for Oct. 17 and, according to sources, the bout will be broadcast on ESPN.

Lomachenko (14-1, 10 KOs), the WBA and WBO titleholder and WBC franchise champion, reportedly was willing to give up a portion of his purse to satisfy the demands of Lopez (15-0, 12 KOs), who balked at Top Rank’s original offer.

“It’s not done [until] the contracts are signed, I’m not being an alarmist or so forth, but I made the deal with David [McWater, the manager of Lopez],” Top Rank CEO Bob Arum said. “We’ve got to paper the deal, which will be done tomorrow.”

What made negotiations difficult for this highly anticipated fight was the inability to have a live audience and thus, generate strong gate receipts, which drives a significant amount of a fighter’s revenue.

This is one of the better matchups that can be made in the sport. Lomachenko, is rated No. 1 in ESPN’s pound-for-pound rankings, while being rated first at lightweight. Lopez, who won his title by knocking out Richard Commey in December, is ranked No. 2 at 135 pounds by ESPN.