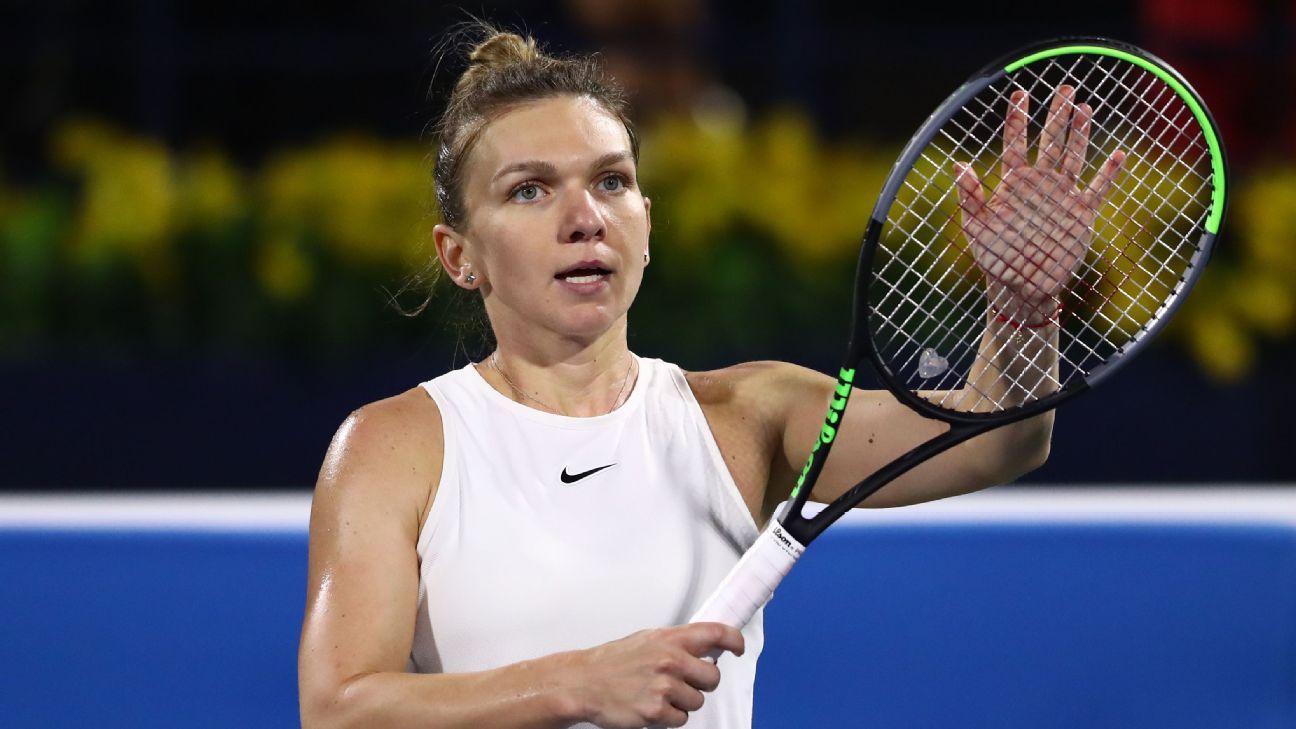 Top-seeded Simona Halep came from a set down to defeat Barbora Krejcikova 3-6, 7-5, 6-2 and reach the quarterfinals of the Prague open on Thursday.

Down 2-0 in the final set, Halep replied by winning six consecutive games, converting her first match point when the 118th-ranked Krejcikova double-faulted.

“She played great and it was really tough to find my rhythm,” Halep said. “I just stayed focused for every ball I played.”

The second-ranked Halep needed six set points in the second set to level the match, having lost her serve six times up to that point. She double-faulted 10 times in the match.

“My serve is not great at this point but I keep working on it,” Halep said. “Hopefully, it’s going to get better day by day.”

Halep took a medical timeout after the second set for her right shoulder and needed more treatment in the final set.

“Then, I could serve a little bit stronger, so I needed that and I’m happy that it worked,” she said.

Wild-card entry Eugenie Bouchard advanced by overcoming Tamara Zidansek 7-6 (2), 6-7 (2), 6-2 to reach her second quarterfinal this year. The former fifth-ranked Canadian wasted a 4-1 lead in the second set before prevailing in the decider after almost three hours to set up a quarterfinal against third-seeded Elise Mertens.

Sara Sorribes Tormo eased past Laura Siegemund 6-2, 6-3 to play either Irina-Camelia Begu or Leonie Kung in the quarterfinals.

The Prague Open is the second European tournament since the WTA restarted amid the coronavirus pandemic, with strict health protocols in place.