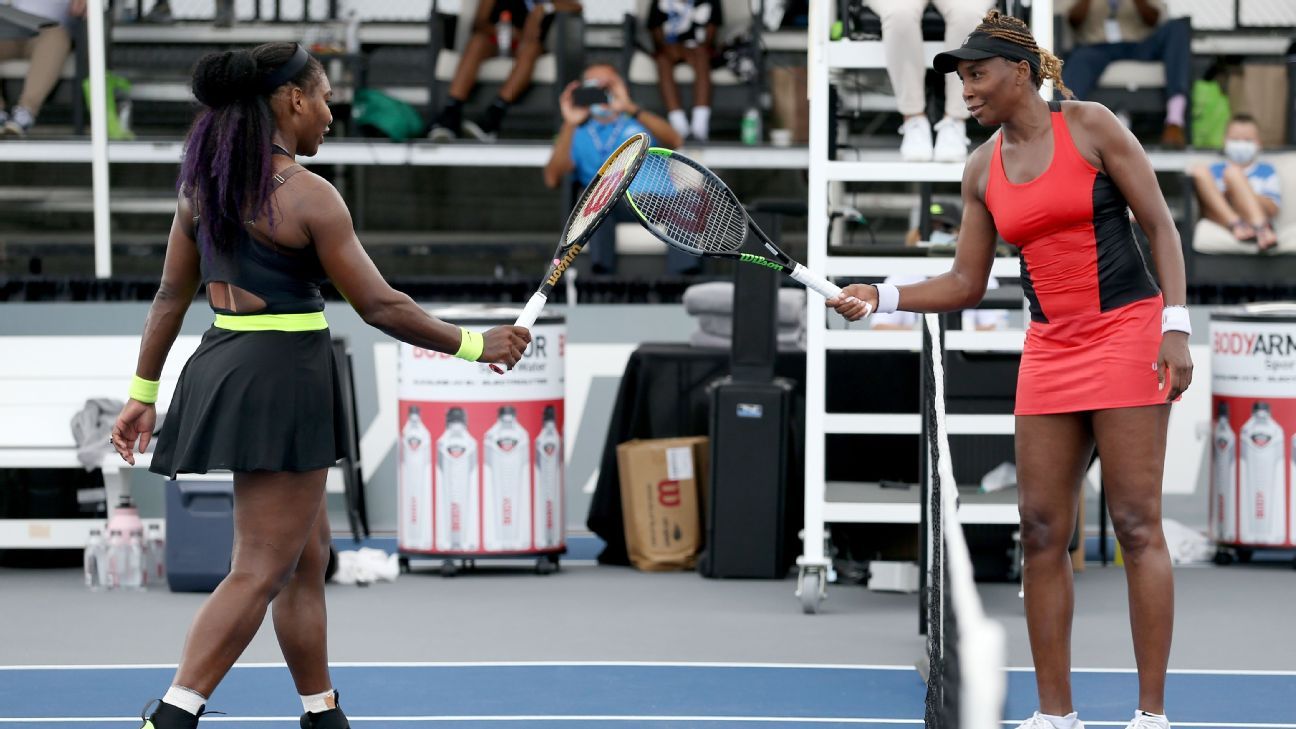 LEXINGTON, Ky. — Serena Williams came back and won the last four games to beat her older sister, Venus, 3-6, 6-3, 6-4 in a hard-hitting, back-and-forth, second-round matchup at the Top Seed Open on Thursday. It was the 31st meeting of their careers — 22 1/2 years after the first.

After their meeting at the first official tennis tournament in the United States since the onset of the coronavirus pandemic, the siblings simply tapped rackets. No handshake or hug.

There were other signs of the times: The “Black Lives Matter” stencil on the wall behind the baseline. The face covering each Williams wore on walks to and from the court — Serena’s a leopard print, Venus’ a light blue medical mask. The subdued greeting that met their arrivals instead of a crowd’s roar — zero fanfare owing to zero fans allowed in. Some folks could be seen laying on the ground to peek through the opening at the bottom of the fence at the back of the court.

It was a back-and-forth contest, with each woman appearing to move out in front until the other pulled even.

Make no mistake: The competitive juices were flowing. In the first set, Serena questioned an overrule by the chair umpire that granted Venus an ace.

Serena broke right away and led 2-0, but Venus responded by grabbing five games in a row on the way to taking the opening set. Then Serena regrouped to win the second.

With the temperature at 90 degrees and high humidity, the heat rule was in effect, so there was a 10-minute break after the second set. Venus took advantage, leaving the court, but Serena stayed put.

In the third, Venus went ahead 4-2 thanks to a three-game run. Naturally, Serena came back, earning the break for a 5-4 lead with the help of one of Venus’ 11 double-faults and closing it with a running, down-the-line backhand from wide of the doubles alley that capped a 12-stroke exchange.

Serena then served out the victory to move her advantage in the head-to-head, all-in-the-family series to 19-12.

Venus is 40, and Serena turns 39 next month, making their combined age the highest in a WTA match since 2004, when Martina Navratilova, 47, played Amy Frazier, 31.

Earlier in the day, Jil Teichmann advanced to the quarterfinals with a 6-2, 6-2 victory over No. 5 seed Yulia Putintseva. Teichmann now will play CiCi Bellis or Jessica Pegula.