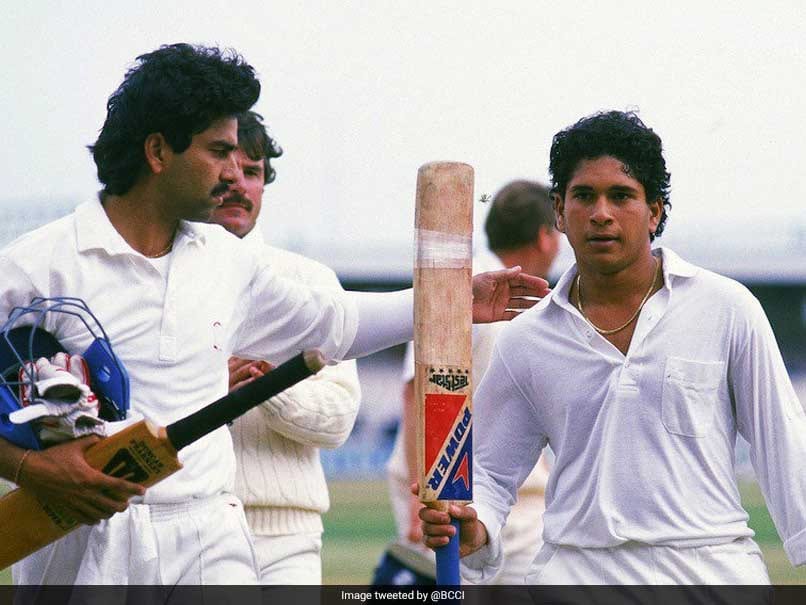 Test-saving hundreds have become extinct now but Sachin Tendulkar carved out one such innings exactly 30 years ago, the seeds of which were sown during one afternoon in Sialkot, eight months prior to that gloomy Manchester day. It was on August 14, 1990, that Tendulkar scored the first of his 100 international centuries, a majestic 119 not out on a fifth day track to save the game for India.

Asked about that special first, and it seemed like yesterday.

“I scored that 100 on August 14 and next day was our Independence Day, so it was special. The headline was different and that hundred at least kept the series alive till next Test at the Oval,” Tendulkar told PTI on the eve of the 30th anniversary of his first ton.

So what exactly was the feeling, apart from the pure joy of achieving the milestone?

“The art of saving a Test match was a new experience for me,” Tendulkar said but added he knew he could save a game when he batted with a “bloodied nose” and a blood-soaked jersey after being hit by Waqar Younis.

“In Sialkot where I got hit and scored 57, we saved that Test match, too, from 38 for 4. Waqar’s bouncer and playing through pain defined me. After those kind of hits you are either stronger or you are nowhere to be seen.”

As scary as it may seem now, Tendulkar, in the first innings of that Manchester match, was hit on the back of the head by one of the fastest pacers in the world back then, Devon Malcolm.

“Devon and Waqar, during that phase, were easily the two quickest bowlers in the world bowling at 90 mph.

“Yes, I didn’t call the phsyio as I didn’t want to show them that I am in pain. My pain threshold was fairly high. Its okay to get hit. So what. You don’t show your pain to the bowler,” the legend said.

Coach Ramakant Achrekar prepared him for all sorts of pain by making him play on the same pitch for 25 days straight at the Shivaji Park Gymkhana.

“I was used to getting hit on my body from my days in Shivaji Park as Acherkar sir would make us play on that and it would have enormous wear and tear.

“The same pitch we played a match on one day and next day we were back for nets. So balls would just jump off length and hit my nose.

“In fact, I would just throw the ball up and take it on my body to absorb the pain.”

Back to the match, the shots that he remembers are the exquisite backfoot cover drives off Chris Lewis deliveries that darted in.

“Lewis bowled sharp inswing and throughout my career, backfoot cover drive had been my favourite shot.

“The bowler who was the best by far in that series was Angus Fraser. He had a beautiful late outswing, high arm action, so ball would bounce and move so late that you had to play at it.

“It was a case of showing patience and credit to Manoj that we had a 160-run stand,” he said.

Did he feel in the last hour that the team has been able to save the match.

“No way till the last over. We came together when we were six down (183/6) but me and Manoj together said ‘yeh hum kar sakte hain, match bacha lenge’ (we can save the match).

“Also England had attacking field as they could only win from that position,” Tendulkar said.

And any special anecdote that he still remembers?

“Well I was 17 and the Man of The Match was presented with a bottle of champagne. Neither did I drink and also I hadn’t reached the legal age for drinking. My senior teammates would tell me ‘what would you do with it’,” he laughed.

But there is another thing that Tendulkar fondly remembers to this day.

“Sanjay Manjrekar presented me a white shirt which was a gift for scoring a hundred. I was really touched,” he concluded.