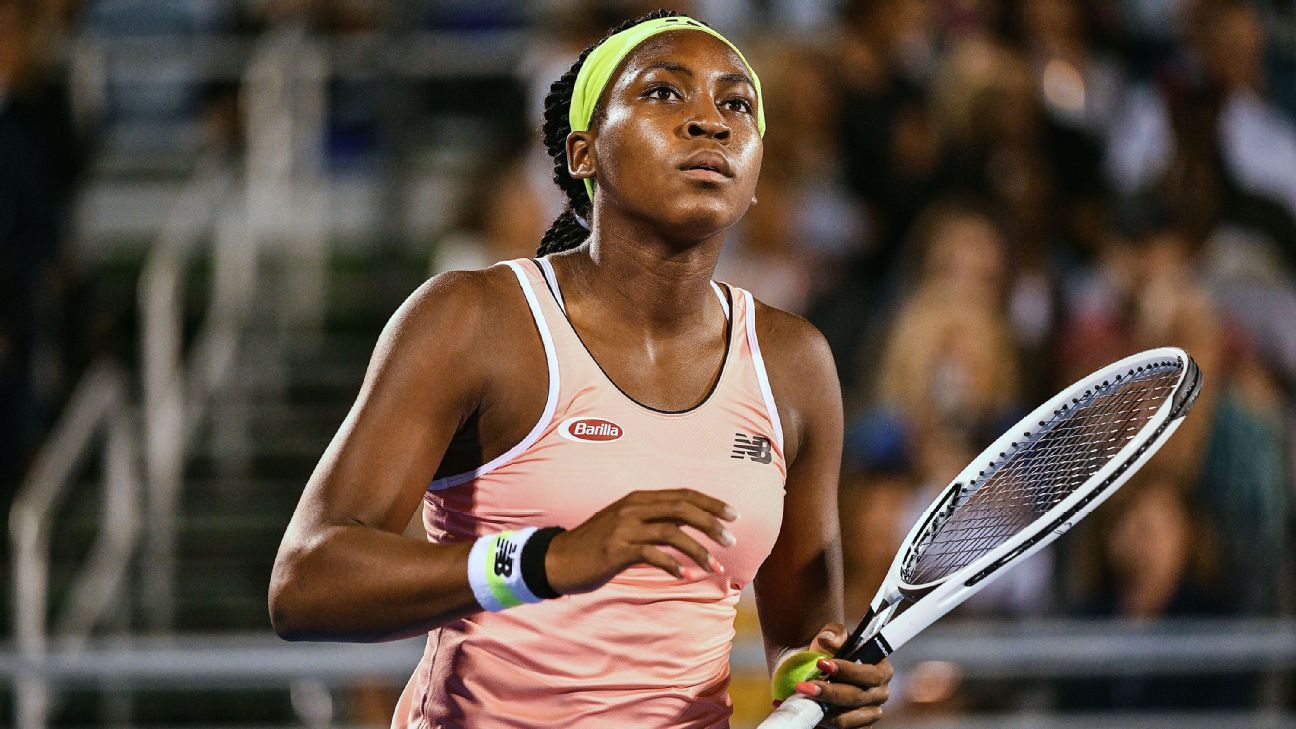 “I guess everything was an ‘A’ but the serving,” she said.

But she hung in there with steady baseline play against the hard-hitting Sabalenka, who had 14 double-faults, including four in one game.

It was a topsy-turvy match that lasted nearly three hours and featured a bit of confusion when Gauff and her father, Cori, got into a discussion with the chair umpire about what sort of coaching is allowed under new rules the WTA put in place recently.

Of more concern to Gauff was the way she was starting off points in her service games. At one point, she implored herself: “I’ve got to make the first serves. Come on.”

“Just to stay calm and composed,” she said in an on-court TV interview afterward, “and making her play balls.”

Sabalenka is ranked 11th, behind only No. 9 Serena Williams among the women entered in the hard-court tournament that is the first professional tennis event in the United States since the start of the coronavirus pandemic.

Next up for her is a match Friday against No. 8 seed Ons Jabeur, who produced 10 aces while eliminating Olga Govortsova 3-6, 6-2, 6-4. Govortsova had been seeking her first WTA quarterfinal since 2014.

The other quarterfinal on that side of the draw will be Marie Bouzkova against No. 6 seed Magda Linette or Jennifer Brady. Bouzkova followed up her upset of No. 3 Johanna Konta in the first round by defeating Anna Blinkova 6-4, 6-2 on Wednesday.

Thursday’s second-round action will include the 31st career matchup between Williams and her older sister, Venus.