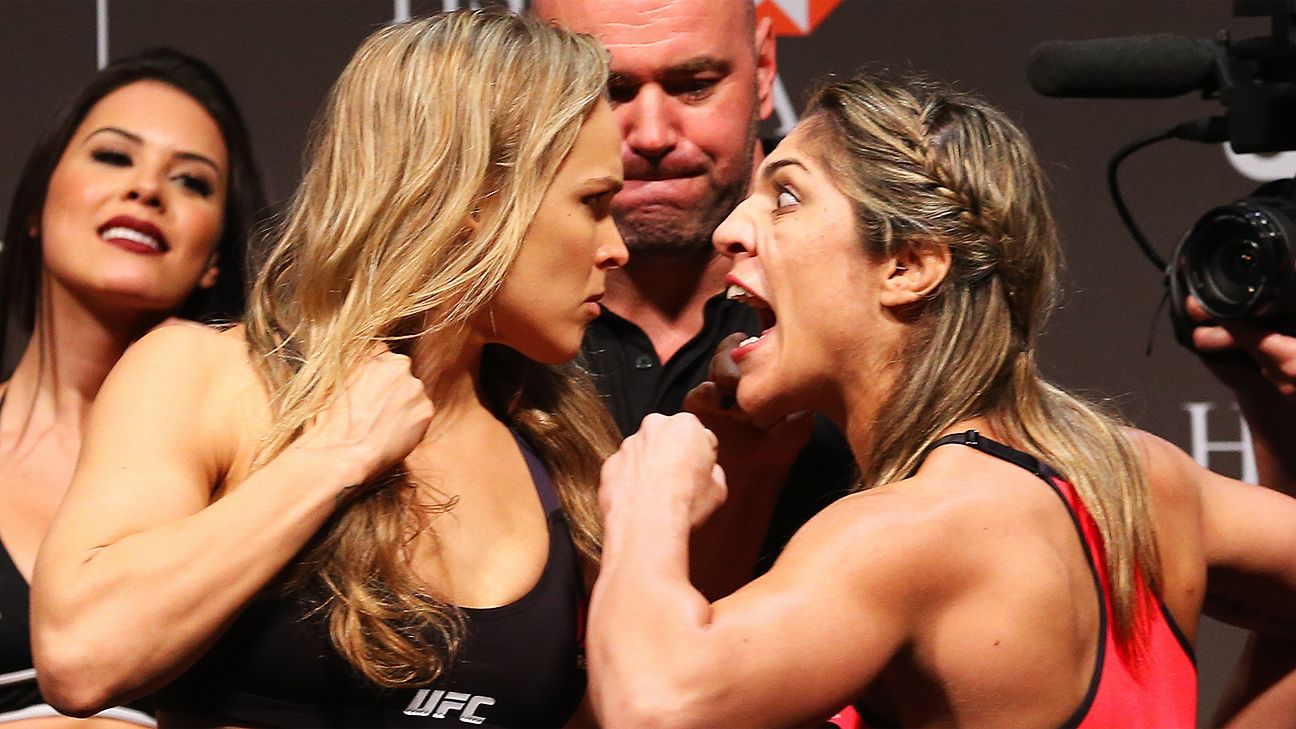 One of Ronda Rousey‘s top rivals is gone from the UFC.

The UFC has released women’s bantamweight veteran Bethe Correia, promotion officials confirmed to ESPN on Wednesday. Correia famously fought Rousey in the UFC 190 main event on Aug. 1, 2015, in Brazil, but has only one win in her past five fights. She is also the last woman Rousey beat in the UFC.

UFC veteran Evan Dunham, who has been with the promotion since 2009 and recently came out of retirement in June, was also cut, officials said.

Correia (11-5-1) was undefeated at 9-0 when she fought Rousey for the UFC women’s bantamweight title. The Brazil native had beaten Rousey’s friends and training partners Shayna Baszler and Jessamyn Duke — taunting Rousey along the way — to set up the rivalry matchup.

At the time, Rousey was the biggest star in the sport and Correia was her most bitter foe. UFC 190 ended up doing big numbers on pay-per-view, and Rousey knocked out Correia in 34 seconds.

Correia, 37, has won only twice in seven fights since then, though they were quality victories over former flyweight title challenger Jessica Eye and Sijara Eubanks.

Dunham (18-9-1) returned to the UFC in June for the first time since September 2018, falling to Herbert Burns. The 38-year-old Las Vegas resident is winless in four straight, but at one point he was considered a contender in the promotion’s stacked lightweight division.