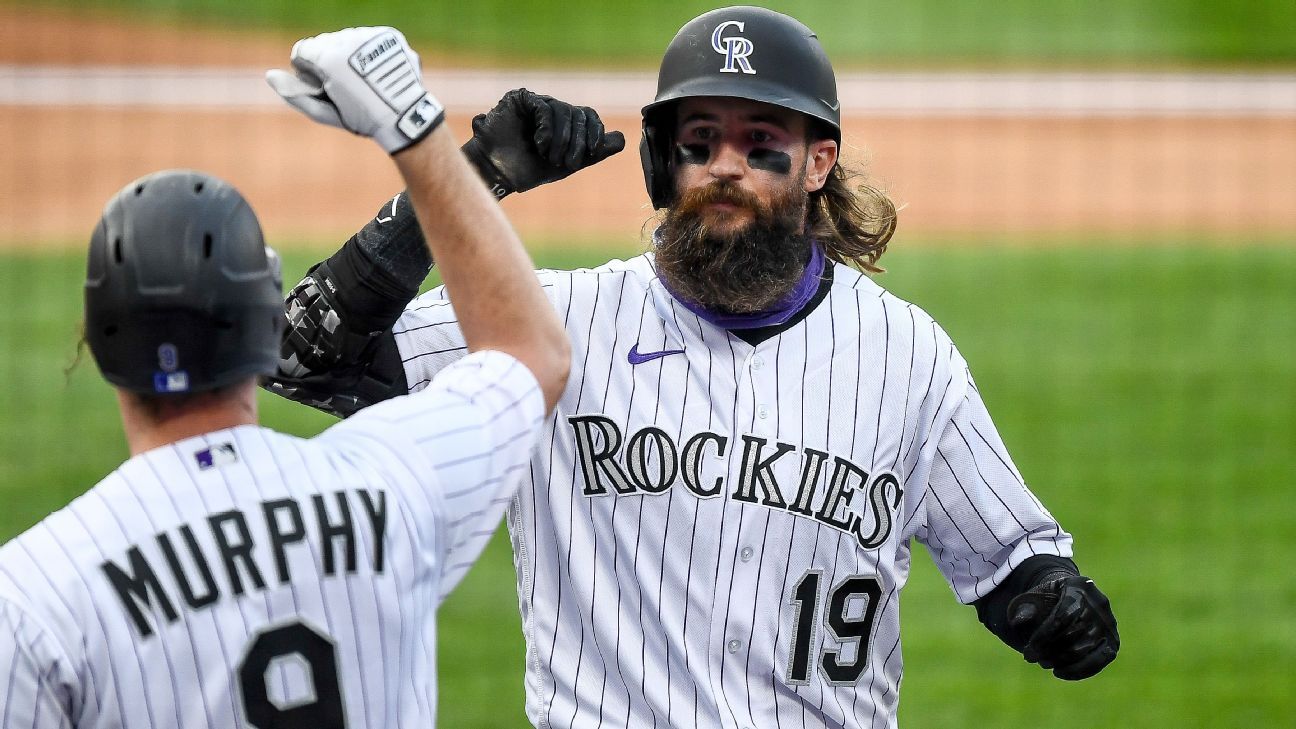 Yes, there would an asterisk. Charlie Blackmon acknowledges it. Everyone in Major League Baseball acknowledges it. If Ted Williams were alive, you can be damn sure he would say hitting .400 over 60 games is a terrific feat but not the same accomplishment as doing it over a full season.

In Blackmon’s mind, the whole discussion is a little ridiculous anyway, and not just because his Colorado Rockies are only 17 games into this shortened season.

“I don’t think .400 is a realistic mark for today’s game,” he said on a call with reporters before Tuesday’s game in Denver. “The pitching is too good. The stuff is too good. There’s more specialization. I don’t think it’s something that will happen. It’s just too far away from the average.”

Still, if anybody is going to chase .400, you have to do it from ahead. Blackmon has started the season sizzling hot at the plate and is hitting .500 after going 3-for-4 and extending his hitting streak to 15 games in Tuesday’s 8-7 win over the Diamondbacks. (You can see both teams in action Wednesday on ESPN at 3 p.m. ET.)

He is right though; never before has .400 been further from the average. Even without pitchers hitting this season, the MLB-wide batting average has dipped to a pitiable .235, 17 points below last season’s .252, and a mark that would be the lowest since … well, ever. In 1968, the famous Year of the Pitcher, the collective average was .237, even with pitchers hitting in both leagues. In the mushy-ball era at the beginning of the century, the lowest average was .239 in 1908. It is harder than ever to get a base hit.

Asterisk of not, Blackmon’s start gives hope that a .400 chase might happen and add an exciting development in this desultory season. He admitted that he has been fortunate with some grounders and floaters that have found some holes — but that’s exactly what it will take to go on an extended tear. 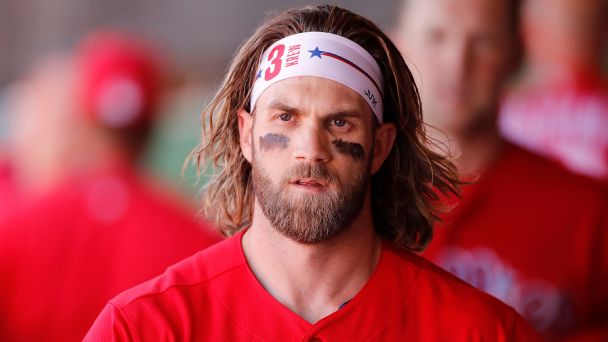 “If you look at those streaks, there’s probably a lot of 1-for-4s with a seeing-eye ground ball,” Blackmon said. “I think you need that kind of stuff, you need some luck in order to be consistently successful for an extended period of time.”

He’s also shortchanging himself a little bit. His expected batting average based on quality of contact is still .394, second best in the majors behind Corey Seager‘s expected .450 (Seager is hitting .340). Blackmon also has Coors Field to his advantage. While it’s not quite the hitting heaven as it was back in the days of Larry Walker and Todd Helton, it’s still the best park in the majors for hitting for average. Blackmon was one of five different Rockies players to win a batting title in the 2010s.

There is also negative to playing at altitude, however. The “Coors effect” presents a particular problem for Rockies hitters. Because breaking balls don’t move as much in the thin air, Rockies players don’t see the same quality off-speed pitches at home as they do on the road, and they also see more fastballs at home — and major league hitters love to sit on fastballs. Blackmon says this creates a constant game of adjustment when the Rockies hit the road.

In his 10th season with the Rockies, the 34-year-old Blackmon is now used to making those changes in approach — not that it makes it any easier. What wasn’t easy was recovering from COVID-19. The four-time All-Star tested positive at the start of summer camp, becoming the first major leaguer publicly known to have the virus. Battling the fatigue associated with the illness makes his start even more improbable.

“It’s been difficult to ramp up to the capacity I need to play major league baseball,” he said. “It wouldn’t be so hard if I just had to play for three hours a day, but there’s a lot more that goes into what it takes to be on the field for three hours. You gotta keep all your baseball skills sharp, you gotta work out, you gotta recover, then you have to do that day after day after day at altitude, at sea level, back to altitude. That’s the only lingering effects I’m seeing from the virus.”

There is a popular meme among Rockies fans — you just have to swap out different players each season depending on roster changes. There are six panels, starting with April and ending in September. In April, the photo shows two Rockies players celebrating, perhaps a walk-off hit or a big home run. In May, things are still going well. By August a player buries his head in his jersey as he sits forlornly in the dugout, and in September we get a photo of the Denver Broncos.

Yes, the Rockies often start out well and the season often ends poorly. In the 10 seasons from 2010 to 2019, they played .535 baseball in March/April, .471 in May, and worse than that in each of the final four months. Even last season, the Rockies were 40-34 before everything unraveled and they collapsed in the second half, finishing 71-91. So Rockies fans are excited about the team’s start in 2020 but will remain cautiously optimistic for now. Nobody likes the 60-game season, but it also makes sense that no team might benefit from it more than the Rockies.

“Definitely concerned about fatigue,” Blackmon said. “We’re playing 30 games in 31 days here. It’s worse for the Rockies. It always is. I think that’s something we’re going to have to manage as a club.”

How real are your team’s playoff hopes in a season that’s already racing by? Here are our updated win forecasts and 16-team playoff odds for all 30 teams. MLB Stock Watch (ESPN+) &»

That second-half crash painted a sour outlook for the Rockies — in combination with an inactive offseason. The late signing of Matt Kemp during the shutdown looked like more of a joke than an impact move, but he has produced in a part-time role so far. In our poll of 32 of ESPN’s baseball contributors, nobody picked the Rockies to win the NL West. That was no surprise — all 32 picked the Dodgers — but it’s noteworthy that nobody picked the Rockies to win a wild card. Granted, that was before the playoff field expanded from five to eight teams, but the Rockies weren’t expected to challenge the Dodgers at all.

As bad as they were in 2019, this team earned a wild card in 2017 and took the Dodgers to a Game 163 in the NL West in 2018, so they’ve made the playoffs in two of the past three seasons, despite some questionable front-office moves along the way. Kyle Freeland is looking much more like the pitcher who finished fourth in the Cy Young voting in 2018 than the pitcher who struggled in 2019. He and Antonio Senzatela have overhauled their pitch mix. They overhauled the bullpen, a disaster in 2019, and the Rockies are third in the majors in average reliever fastball velocity (94.7 mph). German Marquez is perhaps the most underrated starter in the majors. Oh, yeah, they have two MVP candidates in Nolan Arenado and Trevor Story — and Arenado isn’t even hitting yet.

So maybe this team is for real. They still have all 10 games to play against the Dodgers — games that will go a long way to deciding the NL West … and if Charlie Blackmon can actually chase .400*.