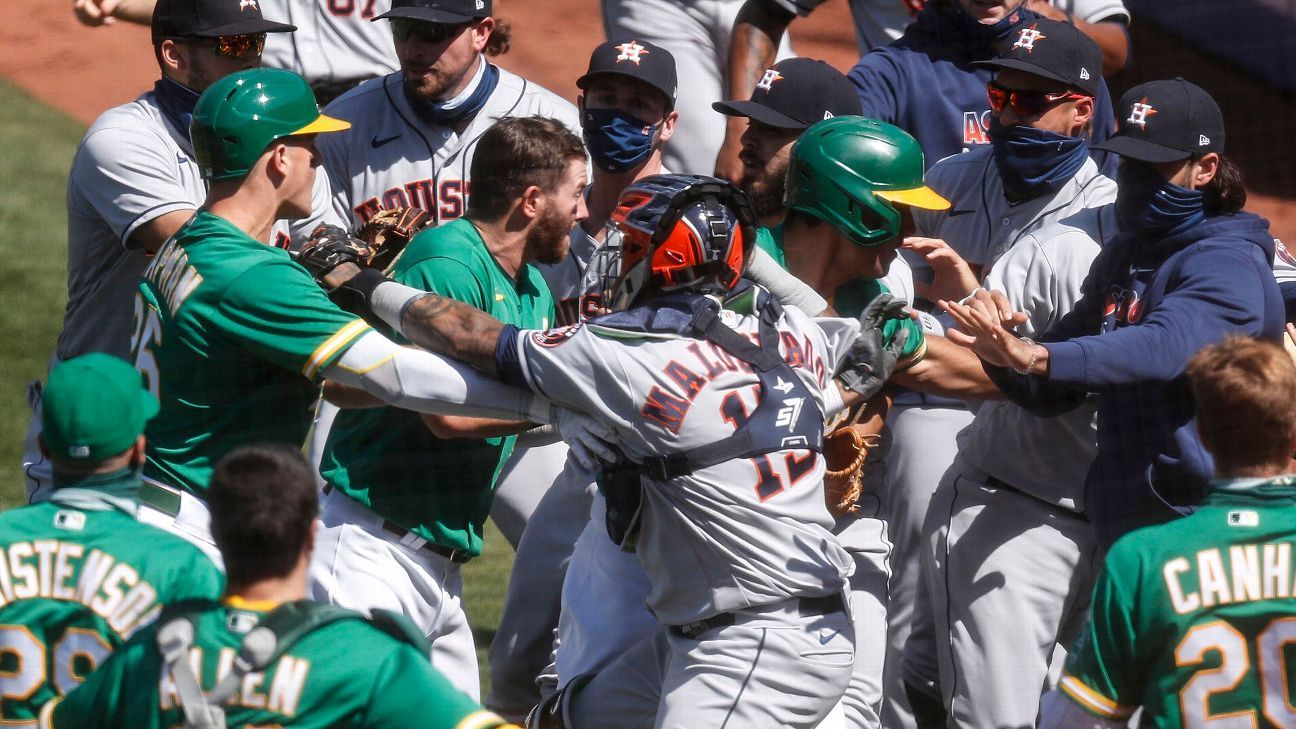 Oakland Athletics outfielder Ramon Laureano has been suspended 6 games and Houston Astros hitting coach Alex Cintron has been suspended 20 games for their roles in Sunday’s benches-clearing incident between the teams, according to ESPN and multiple reports.

After being hit by a pitch for the third time in the series and second time in the game, Laureano pantomimed toward Astros pitcher Humberto Castellanos how to properly snap off a slider, prompting a response from the Astros’ bench. Laureano said that Cintron uttered an expletive at him, which Laureano returned. Then, Laureano told ESPN, Cintron “said in Spanish something you don’t say about my mother.”

Following the exchange of words, Cintron, as shown on replays, stepped out of the first-base dugout and motioned for Laureano to come at him. Laureano ran toward Cintron, who stayed behind Astros players as Laureano was tackled and the benches for both teams emptied.

Through an Astros employee, Cintron denied talking about Laureano’s mother. He declined to detail what he did say.

Laureano, 26, said he wishes he had chosen not to run toward the Astros’ dugout and waste his time on Cintron. “I regret charging him because he’s a loser,” Laureano told ESPN on Monday. “[A suspension] is understandable, but I hope it’s not that many games.

“At the end of the day, I’m here to win a World Series with the Oakland Athletics — this wonderful group of guys. I don’t want to be a distraction. Obviously, I am right now. Hey, I’ve already moved on. I’m facing Julio Teheran today, and that’s all I’m thinking right now.”