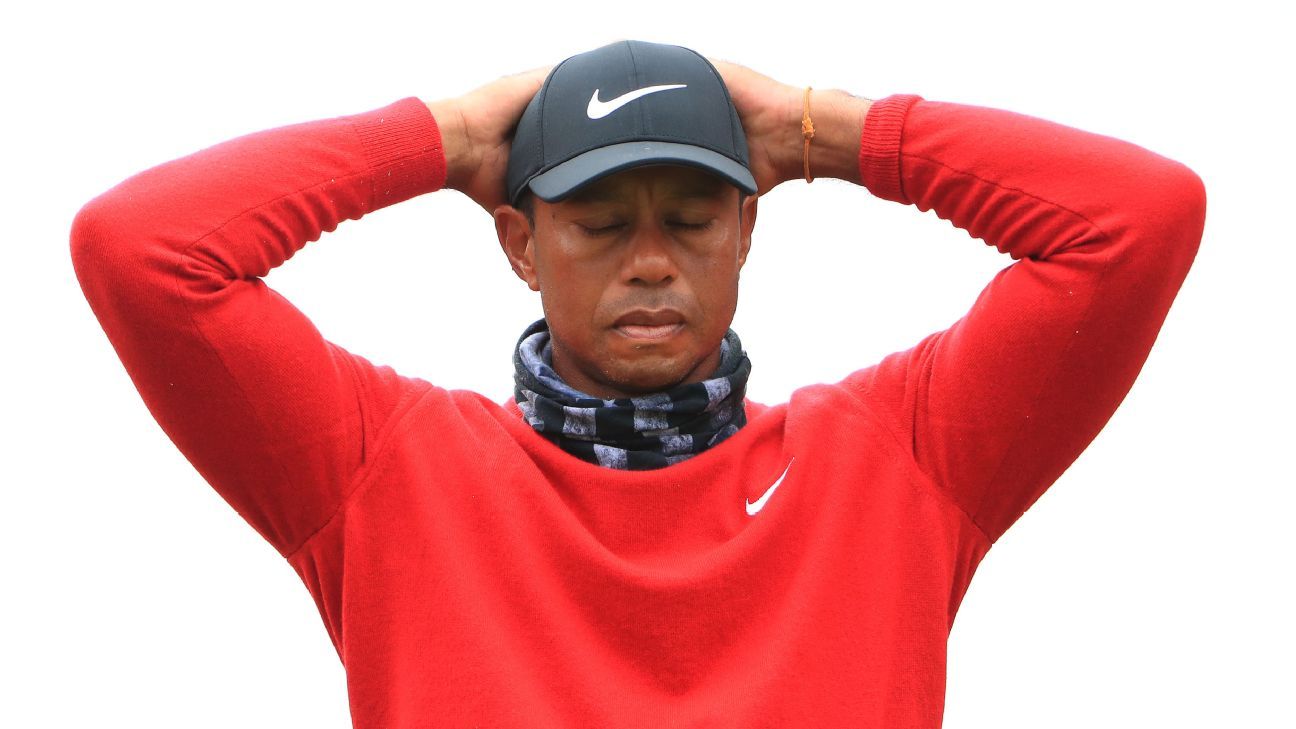 SAN FRANCISCO — The process Tiger Woods goes through to play competitive golf is not outlined in detail, but it understandably involves more than a few toe touches and casual swings on the driving range.

Woods is typically awake hours before his tee time, getting in a warm-up workout and visiting with a trainer, usually to have work done on his neck and his back.

Because he no longer travels with his own physical training specialist, Woods often relies on the trainers provided by the PGA Tour or, in the case of this week’s PGA Championship, those on-site at TPC Harding Park.

So it is telling that during one of the practice-round days before the PGA Championship, Woods felt good enough to forgo that stop along the way to prepping for the tournament, a pleasant surprise for him in his battle with back stiffness.

Big deal? Perhaps not. But for a guy who makes news because he changed putters, Woods making it through a tournament week without any physical issues is something to note.

That might be the biggest takeaway for Woods after his tie for 37th at the PGA Championship, where he shot a final-round 67, made a few more putts and generally left San Francisco with a brighter outlook than the overcast, misty skies portrayed.

“To me, I always look at the health,” said Joe LaCava, Woods’ caddie. “I think he feels and looks healthy. That’s big for me. If he’s feeling and looking healthy, I know he can play. There were plenty of good quality drives, and [Sunday], we had easier conditions, but he hit a lot of good irons shots, which I always love to see.”

Woods clearly has work to do. He struggled on the greens, had trouble getting the ball in the fairway consistently, and wasn’t his usual stellar self with his iron play — yet he still finished under par, turned what should have been a really bad round on Saturday into a 72, and was able to leave Harding Park with plenty to build on.

But it all goes back to his health. Now a busy stretch awaits, some of which explains why he didn’t play more to this point. Woods has this week off before the FedEx Cup playoffs begin with the Northern Trust at TPC Boston on Aug. 20.

At 47th in the FedEx Cup standings, Woods can’t afford to skip that tournament if he has intentions of getting to Atlanta for the Tour Championship, where he won in 2018 for his 80th PGA Tour victory. Woods has 604 points — with 500 of them coming from his October victory at the Zozo Championship in Japan.

That means the possibility he’ll play multiple weeks in a row, something he has not done since the Hero World Challenge and the Presidents Cup in December. And at that Presidents Cup, he was able to skip a day because of back stiffness.

“We’ve been training for that,” Woods said. “Trying to get my strength and endurance up, that ability to making sure that I can handle that type of workload. We knew once I started playing again when I committed to Memorial that this was going to be a heavy workload, and my training sessions we’ve been pushing it pretty hard, making sure I get my strength and endurance up.

“This will be no different. We’ll be pushing it hard to make sure that I can stay strong and have the endurance to keep going.”

That’s all fine and good, but there is still the matter of Woods’ game. He’s played just twice in the nine weeks of the PGA Tour’s return from the break imposed because of the coronavirus pandemic. Now he could potentially play four times in five weeks, including the U.S. Open.

“Some work needs to be done,” LaCava said. “He knows it. He needs to tighten up his short game a little bit, work on that at home. You just keep working at it. To me, it’s just a lack of playing tournament golf, you know what I mean? You can’t duplicate that at home. I understand it. He doesn’t play those events, and he wasn’t going to add tournaments. He was on lockdown during the virus, so I get that. It’s not a complaint, just a fact. But I just think he needs more reps at this point.”

Woods is likely to get them, and it will be a balancing act. He wants to make it to the Tour Championship, but he seemed unaware that there is just one week off between it and the rescheduled U.S. Open. He needs to play, but he doesn’t need to play too much.

And he needs to work on his game in the areas that put the most stress on his back — putting, bunker play, wedge shots.

Getting used to different putting surfaces and speeds requires extensive practice, one of the reasons he went to a longer putter. The bunkers caused difficulty for all at Harding Park, and Woods converting just 2 of 11 save opportunities was in part due to that and putting. And Woods remains mediocre at best when it comes to hitting wedge shots, with his approaches averaging 42 feet for his distance to the hole from 100 to 125 yards.

Woods went to a different model of the Scotty Cameron putter he’s used for the majority of his career with mixed results; his troubles were more about the green speeds and acclimating to them than the putter. And he said working with a longer putter helps him practice longer.

“Hopefully there are at least two more tournaments to get into the winner’s circle,” LaCava said. “He’s had a win this season [Japan], but he’d like to have one in the calendar year. He’s only played four times [in 2020]. To me, it’s not so much the Tour Championship — that would be a bonus at this point — just give us two more chances to win a tournament. That’s what we’re looking for.”

Of course, Woods and LaCava are looking beyond the FedEx playoffs. The U.S. Open is next month. The Masters is scheduled for November. In between, there is a Zozo title defense, likely at a venue to be moved to the United States.

There is plenty of golf to be played. How much of it — and how effective he can be — are the big questions for Woods.