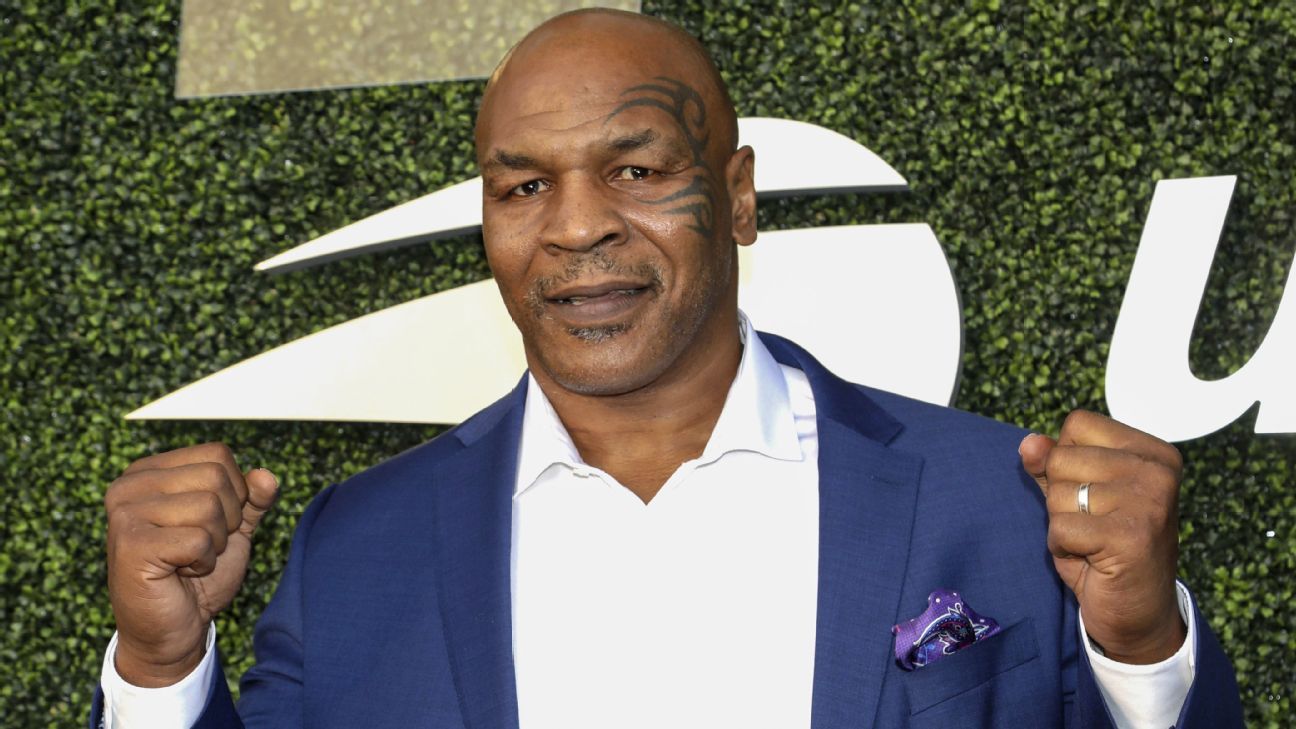 The exhibition bout between boxing legends Mike Tyson and Roy Jones Jr. will be pushed back from its Sept. 12 date to Nov. 28, according to a report by RingTV.com.

The event, which is sanctioned by the California State Athletic Commission and set to be held at Dignity Health Sports Park in Carson, California, will be streamed on pay-per-view. A source told ESPN on Sunday that there have been no official adjustments made to the contract at this time, but there have been discussions over the weekend in regard to a change of date.

The source confirmed that the organizers of this event needed more time to secure international television deals and tie up loose ends in regards to the pay-per-view.

The 54-year-old Tyson (50-6, 44 KOs) was once the most fearsome heavyweight in the world. After becoming the youngest heavyweight champion in history by knocking out Trevor Berbick in 1986 at age 20, Tyson held the undisputed title from 1987 to 1990. He later regained portions of the heavyweight crown in 1996. His last professional outing took place in 2005, when he was stopped by Kevin McBride in six rounds.

Jones (66-9, 47 KOs), 51, captured titles at middleweight, super middleweight, light heavyweight and heavyweight. During his prime, he was considered the most dynamic and talented boxer in the world. He last fought in 2018, winning a decision over Scott Sigmon.

The rules of the eight-round bout are not yet known, but CSAC head Andy Foster has said he considers this to be an “exhibition” bout and not a real fight.

Also on the card is a bout between former NBA guard Nate Robinson and YouTube personality Jake Paul.