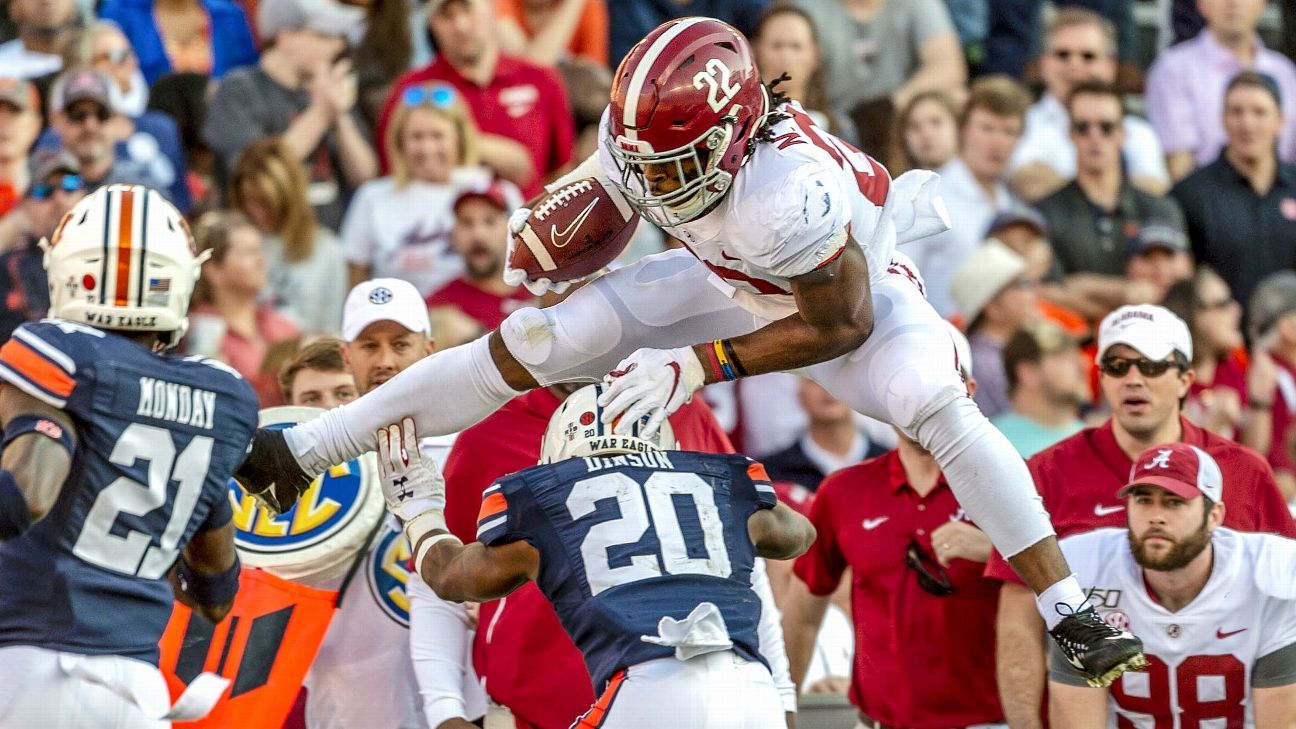 Some of the biggest stars in college football believe the time has come to organize and create a more powerful voice for players in their sport.

In a matter of hours Sunday night, a dozen college football players from all five major conferences came together to create a joint statement that expressed their desire to play the 2020 season and shared items they feel need to be addressed to ensure a safe and fair environment for student-athletes moving forward. The unprecedented national push for unity comes as one tumultuous week in college sports bleeds into another that threatens to bring more significant change.

In a statement released on social media just before midnight on Sunday and shared by dozens of college players, the group asked for uniform health and safety protocols for dealing with the pandemic and laid out their intentions to form a college football players association in the future. The statement also said players should have the chance to opt out of the upcoming football season and they should be guaranteed another year of eligibility whether they play this season or not.

“The beautiful thing is now we’re all on the same page,” said Stanford defensive lineman Dylan Boles, one of the players who organized Sunday’s message. “We made history tonight.”

Boles said he received a direct message on Twitter at 5:30 p.m. PT from Clemson running back Darien Rencher. The two had never talked before, but Rencher wanted to discuss the Pac-12 players’ unity movement with which Boles was involved. Boles is one of the leaders of a group of roughly 400 players in the Pac-12 who published a list of demands early last week and said they planned to sit out of practice and potentially games if the conference was unwilling to meet with them and address their concerns. Players from the Big Ten and other conferences made similar demands in the coming days and others showed their support with the hashtag #WeAreUnited on social media throughout the week.

Rencher was one of dozens of college football players — a list that included his Heisman candidate teammate, quarterback Trevor Lawrence — who shared the hashtag #WeWantToPlay this weekend as college football administrators met to debate the merits of a 2020 season. Rencher and others felt that fans and commenters were unfairly pitting the #WeWantToPlay contingent against the #WeAreUnited group, Boles said. Rencher, Boles and Lawrence talked briefly on a FaceTime call before deciding to loop in more players from around the country.

“We got down to talking and agreed that both of our goals are aligned with each other,” Boles said. “We all want to play this year. We just want to make sure players have a say in this thing.”

Many of the Pac-12 players previously were connected through the #WeAreUnited group since early July. Reynolds, a junior defensive back for the Wolverines, was connected with several of other players through an organization he founded earlier this summer called College Athlete Unity. He helped organize the Big Ten players’ movement in the past several weeks.

“There’s been a sense that this is something groundbreaking and something we feel is long overdue,” Reynolds said Sunday night. “I guess now it’s finally being done.”

Boles said the players spoke for a little more than 30 minutes before deciding to issue a concise message to share the main takeaways from their conversation. He said they unanimously agreed on the topics mentioned in the statement. He said there was quick and universal support for pushing to create a players association that would give all college athletes — not just football players — a voice in the decision-making process in the future.

Reynolds and Boles both said their top priority is addressing pandemic-related concerns as quickly as possible. They said they hope to open a line of communications with administrators and other officials in college sports that will eventually lead to a players association similar to the groups that provide athletes in professional sports with a say in major decisions made by the leagues for which they play.

Boles said he hopes that a players association might serve as a gateway toward more changes to benefit all college athletes in the future. The next step in that process, they say, would be a meeting with NCAA and conference leaders.

The players asked Hobbs, a sophomore defensive lineman with experience in graphic design, to create a graphic for all to share on social media. Shortly before midnight, less than four hours after Boles and Rencher first connected, the message was released.

“Social media is so prevalent right now that unifying the players is easier than it’s ever been,” Reynolds said. “You can connect with people in a matter of seconds, which makes it a lot easier to bounce ideas off each other and gauge how people are feeling in different parts of the country and really put a plan in place.”

Boles said he believes that the pandemic and protests of racial justice this summer created a situation where more players felt the need to speak up. The Pac-12 group he is a part of has met once with league commissioner Larry Scott, Boles said. He said players were able to voice their concerns, but they didn’t resolve any of their disagreements. Boles said that Scott and league officials did not commit to another meeting with the players and turned down a request to allow the players to hire and involve legal representation in the discussion.

Boles said he and others started organizing their efforts in early July and Sunday’s quick-moving development was the “crown jewel” of the unity they’ve been trying to achieve.

“It was a long time coming,” Boles said. “It was inevitable. It was just a matter of how quick we could pull it off. We were racing against the clock. We all want to play we just want to do it the right way.”