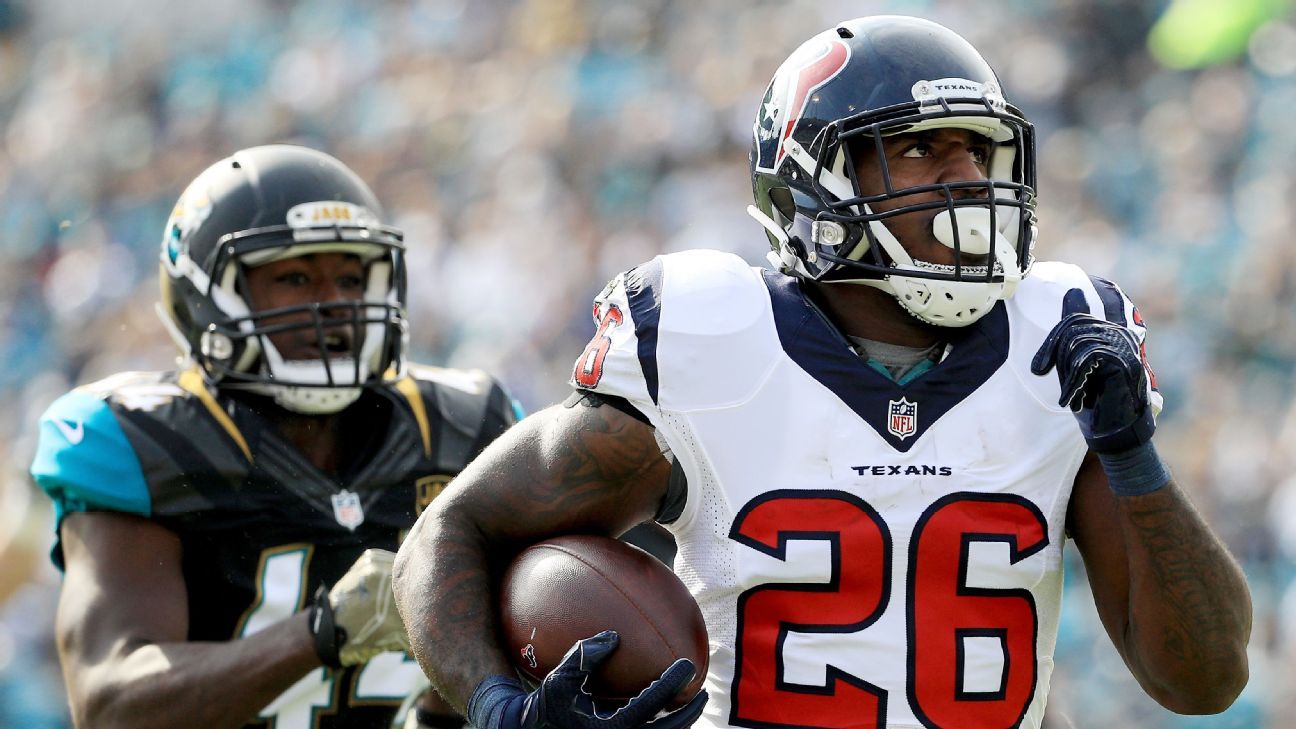 The Patriots were eyeing another option at running back after No. 1 option Sony Michel underwent offseason foot surgery and opened training camp on the active/physically unable to perform list, and valuable backup Brandon Bolden opted out of the 2020 season.

Miller missed the 2019 season after he tore his ACL in the Houston Texans‘ third preseason game against the Cowboys.

During his three active seasons in Houston, Miller ran for 2,934 yards and 13 touchdowns on 716 carries. He also caught 92 passes and scored five touchdowns. Miller’s best season for the Texans came in 2018, when he averaged 4.6 yards per carry.

During the 2019 offseason, Miller focused on dropping his body fat and continuing to work on his speed and his lower body strength. He said he felt quicker during training camp and he felt the agility work he had done in the offseason had paid off.

Miller, 29, was a free agent for the first time since signing a four-year, $26 million contract with the Texans in 2016.

He began his career with the Miami Dolphins, who selected him in the fourth round of the 2012 draft and has 7,429 total yards from scrimmage in his career and 40 total touchdowns.

ESPN’s Mike Reiss and Sarah Barshop contributed to this report.