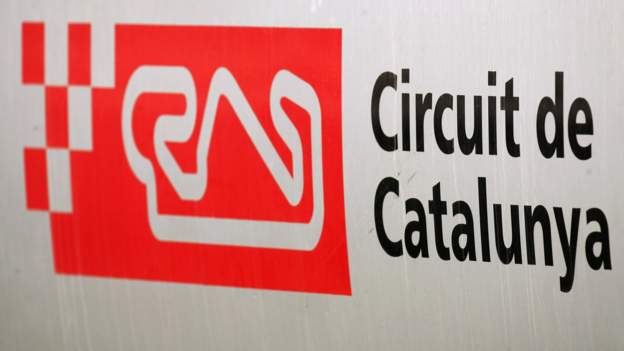 Leading Formula 1 drivers are comfortable with racing at the Spanish Grand Prix despite a rise in coronavirus cases in the country.

The rise in cases in Spain has been particularly marked in Barcelona and the Catalonia region, where the race is held.

Lewis Hamilton, Max Verstappen and Valtteri Bottas said they would ensure limited contact with the outside world.

“I stay at the track always so nothing changes for me,” said Hamilton.

“I stay in my ‘bubble’. I am only around a couple of people so I will get to the airport and go straight to my motorhome and stay at the track for four days, same as I have this weekend.”

F1 has imposed strict protocols on staff to minimise the risks around coronavirus.

Red Bull’s Max Verstappen, who won Sunday’s 70th Anniversary Grand Prix added: “You minimise contact. You stay in your bubble. I don’t expect any trouble. It’s not only in Spain there is corona. You just have to be careful.”

And Hamilton’s team-mate Valtteri Bottas said that drivers “should be safe” as long as they followed guidelines.

“Land in Spain, go directly to the track, only be with people in my bubble. Then leave with the same people to the next place.”

F1 faces the same problem at the following race in Belgium, where there has also been a spike in cases.

A spokesman said: “We are looking forward to racing in Spain and Belgium, and as we have throughout this season, we will ensure the safety of our people and the commuters we visit remains our priority.

“We have strict procedures in place including operating in bubbles, ongoing testing and the use of PPE to ensure we operate as safely as possible.”

What’s happening with the calendar?

F1 still does not have a complete race schedule for this season.

Thirteen races have been scheduled so far, with the last confirmed race at Imola in Italy on 1 November.

The season will end in the Middle East with races in Bahrain and Abu Dhabi, but the sport has not yet come up with a firm plan for November.

It had hoped to revive the Vietnam Grand Prix, which was originally scheduled to make its debut on the calendar in April, but hopes of holding a race in Hanoi this year have receded in recent weeks.

Vietnam has been one of the most successful countries in dealing with coronavirus but an outbreak in the coastal resort of Da Nang has highlighted the risks.

Insiders say F1 is looking at the possibility of holding further races in Europe or nearby in November and is talking to the Jerez circuit in southern Spain and the Istanbul Park track in Turkey.

Vietnam remains a possibility but if it cannot happen, F1 would go to either Jerez or Istanbul, or possibly both.

F1 wants to secure at least 16 races because that is the minimum required to guarantee full payment of TV contracts.

And the number of races that are held in November will likely dictate whether there are one or two Grands Prix held in Bahrain before the season finale in Abu Dhabi.